When Will Manhunt S03 Air on Spectrum? 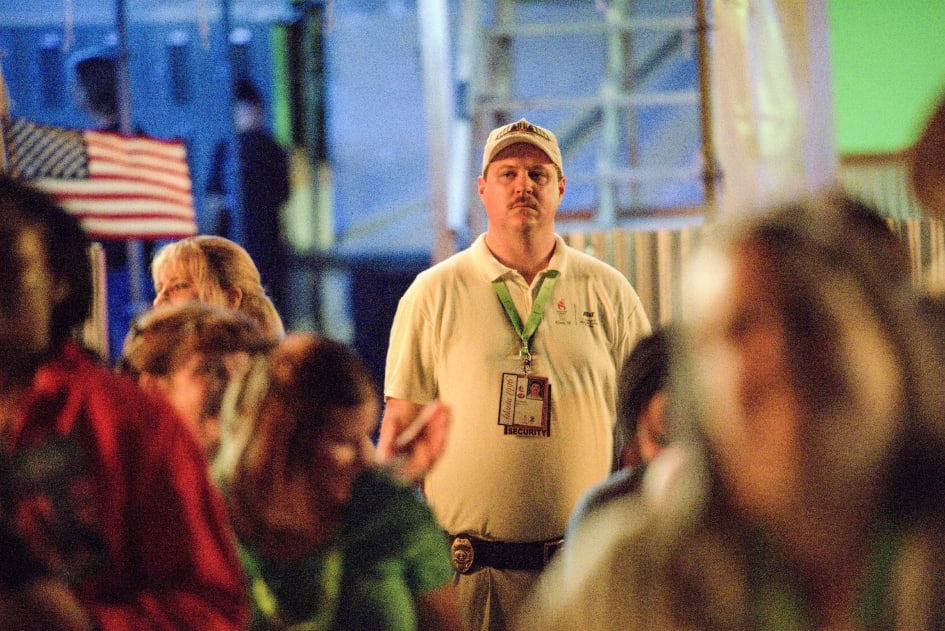 ‘Manhunt’ is a drama anthology series that features high intensity investigative cases that are a reflection of real-life incidents of domestic terrorism across the United States of America. It first premiered on Discovery Channel in August 1, 2017, under the title ‘Manhunt: Unabomber’. Andrew Sodroski (creator), Jim Clemente, Tony Gittelson are the men behind the edge-of-the-seat thriller.

Upon its release on Discovery, ‘Manhunt’ gained international acclaim from audiences as well as critics. The scripted series was lauded for its gripping narrative, investigative beats and seamless pace. The show holds a 93% approval rating on the review aggregation website, Rotten Tomatoes, with a critical consensus that reads, “Engrossing and affecting, Manhunt: Unabomber uses a taut, meticulously constructed narrative to uncover the facts behind the oft-exaggerated true story.”

Following its global success, the show got renewed for another season, not by Discovery but by Spectrum, which spawned a second season in February, 2020. Titled ‘Manhunt: Deadly Games,’ the second installment released as an anthology series that managed to garner steady ratings. Which brings us to the natural question: Will there be a ‘Manhunt’ season 3? Well, let’s find out.

Manhunt Season 3 Release Date: When Will it Premiere?

You might be wondering about the change in the network and format of the show. Let me straighten it out for you. Despite its massive success, Discovery squashed the hopes of another season and expressed the desire to focus on its strength, i.e., unscripted docu-series. After enough back and forth, the series was proposed to Charter Communications who picked it up for two seasons that are set to premiere on Spectrum.

One of the two has already been released as ‘Manhunt: Deadly Games’ or ‘Manhunt’ season 2 on February 3, 2020, on Spectrum. It consisted of ten episodes with a runtime of 50-60 minutes each.

As far as the third season is concerned, Spectrum is already bound by a contract to release another season. After coupling it with the ever-increasing popularity, it is safe to assume that ‘Manhunt’ season 3 will release sometime in 2021.

Manhunt Plot: What is it About?

‘Manhunt: Unabomber’ focuses on FBI’s longest and most expensive investigation, the hunt for a domestic terrorist, Theodore John Kaczynski, who is also referred to as UNABOMber, an acronym given to him by the FBI, which stands for University and Airline Bomber. He is responsible for taking three lives and injuring 23 others, during 1978 and 1995, while serving his mission of carrying out a bombing campaign across the US, with a view to create industrial revolution and throw light on the destruction of nature at the hands of modern technology.

‘Manhunt: Deadly Games’ centers on the explosive case of Eric Robert Rudolph. Also known as Olympic Park Bomber, Rudolph is a terrorist responsible for bombings executed between 1996 and 1998, because of his anti-abortion and anti-gay beliefs. Carried across southern US, Rudolph has been convicted for killing three people and injuring 150 others.

The series also showcases the heartbreaking true story of a security guard and officer, Richard Jewell (deceased). The FBI falsely accuses Jewell of planting the bombs, the same security guard who is initially hailed as the hero, for alerting the police and saving multiple lives. Jewell is forced to bear the brunt of Rudolph’s doing, and is destroyed by media scrutiny becomes succumbing to heart failure at 44.

In season 3, we can expect the series to follow another compelling case that delves deep into the twisted mind of a terrorist who sparks a nationwide manhunt.

Manhunt Cast: Who is in it?

Since it’s an anthology series, the cast is entirely different for each season.

Season 2 stars Cameron Britton as Richard Jewell, the security guard who is falsely accused of a deadly crime. He is best known for his blood-curdling performance as the notorious serial killer Ed Kemper in ‘Mindhunter.’ Jack Huston essays the character of the sinister Olympic Park Bomber, Eric Rudolph. You may know him from his role in ‘Boardwalk Empire.’ Judith Light plays Jewell’s mother, Bobi Jewell, while Carla Gugino (‘Haunting on Hill House’) stars as the fierce journalist Kathy Scruggs. Arliss Howard appears as the bomb expert Earl Embry. The cast also includes Gethin Anthony as Jack Brennan and Kelly Jenrette as Stacey Knox.

check out the trailer of ‘Manhunt: Deadly Games,’ as you wait for the update on ‘Manhunt’ season 3,