When Will Manifest Season 2 Premiere on NBC? 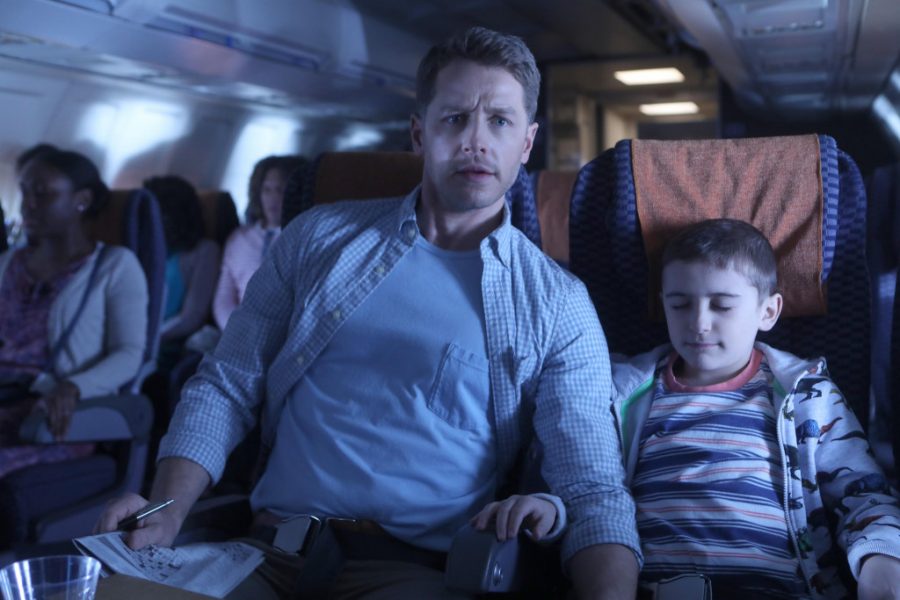 ‘Manifest’ is an American supernatural drama that airs on NBC. The series first premiered in September 2018. Created by Jeff Rake, the show is backed by Robert Zemeckis as an executive producer, the acclaimed Hollywood director of films like ‘Cast Away‘ and ‘Forrest Gump‘.

The series centers around the passengers and crew of a flight, who go through some turbulence and suddenly realize after landing, that the world has aged five years, and they have been presumed dead. As they readjust to their lives, they find a deeper mystery beginning to unfold.

Although the series went on to attract viewers due to the mysterious premise, it received mixed reviews from critics, with some praising the fact that it unabashedly raises more questions than providing answers, while others lampooning it for lack of motivation. In any case, it did receive a renewal and here’s everything we know about ‘Manifest’ season 2.

Manifest Cast: Who is in it?

The cast of ‘Manifest’ is led by Josh Dallas as Ben Stone (an associate professor) and Melissa Roxburgh as Michaela Stone, Ben’s sister and an NYPD detective. Luna Blaise stars as Olive Stone, Ben and Grace’s daughter; J.R. Ramirez as Jared Vasquez, another NYPD detective; and Athena Karkanis as Grace Stone, Ben’s wife.

Other cast members include Thursday Farrar as Dr. Williams, Jenna Kurmemaj as young Olive, Whitney Andrews as a med student, Christian Marrero as a Core Airline Passenger and Jonée B. Shady as Saanvi’s mother.

All the main cast members will reprise their roles in season 2. Additionally, we will see a couple of new faces. Yasha Jackson will join the cast as Suzanne, Ben’s ex-girlfriend; Garrett Wareing as TJ Morrison, Andrene Ward-Hammond as Captain Bowers (described as a “cool, edgy bartender”), Ellen Tamaki as Drea Mikami, Leah Gibson as Tamara and Carl Lundstedt as Billy.

Manifest Plot: What is it about?

‘Manifest’ tells the story of the attempts to unravel the mystery of a flight (Montego Air Flight 828) that took off five years ago and is now back after the long period that has passed in between. Although no time has passed for those who were the passengers on the plane, their family, friends, colleagues have all mourned for their losses and now moved on with their life.

The passengers and crew have had only a few hours pass from the time of the turbulence and their return. A deeper mystery unfolds when they try to make it up after getting a second chance at life. The passengers realize that they are meant for something greater than they thought.

As far as season 2 goes, we already know that the passengers have discovered that they are destined to die on June 2, 2024. The revelation is likely to have a deep impact on their lives and their reactions to the scripted destiny will most likely factor heavily in the plot of the next season. Showrunner Jeff Rake expressed his views on this story arc, saying, “The death date’s also really important on the emotional side of the show because it forces everybody to ask the question, ‘What would you do with your life if you really knew you had five years to live? What choices would you make about your relationships?’ Those powerful, emotional questions really affect the relationship side of the story.”

Additionally, Ben will try his best to keep his family together. Star Josh Dallas said: “He’s gonna start making preparations for his family, for the ones that are gonna be left behind but he’s not gonna fully accept it. So that’s gonna launch him on this feverish journey to find a way to stop that death date and also find an answer to what happened to them on that plane.”

At the same time, we will see the mystery around the flight’s disappearance undergoing scrutiny, as interested parties try to get to the bottom of the matter. However, if ‘Manifest’ is truly to take off, then it should go a little easier on the Christian influences and focus on the inexplicability of the mystery of the disappearance.

Manifest Season 2 Release Date: When will it premiere?

On April 15, 2019, NBC renewed the show for Season 2. Lisa Katz and Tracey Pakosta who are the Co-Presidents of Scripted Programming, NBC Entertainment said “In just its first season, Manifest has answered many questions about the mystery of Flight 828 and, smartly, asks many more. Congratulations to Jeff Rake, our producers, cast and crew who have created an incredibly addictive series with compelling characters and complex relationships.”

Should You Watch Manifest?

What stands out about the show is its willingness to harp on emotions. It is no surprise that the people who returned after around five years have a lot of social adjustment to make in terms of their loved ones and their families. For those unaware, the show draws some influence from the real-life mystery of Malaysia Airlines Flight 370.

However, if you have seen ‘Lost‘ the ABC drama, which still remains one of my favorites, you will see the clear parallels. A supernatural incident happens to a group of good looking people and they have to deal with the consequences of it. Biases aside, ‘Manifest’ is yet to pull off the degree of execution that ‘Lost’ displayed, managing to hook viewers from the very start. However, the fact that the series is so cynical, but still manages to include some degree of religious belief is something to be lauded.