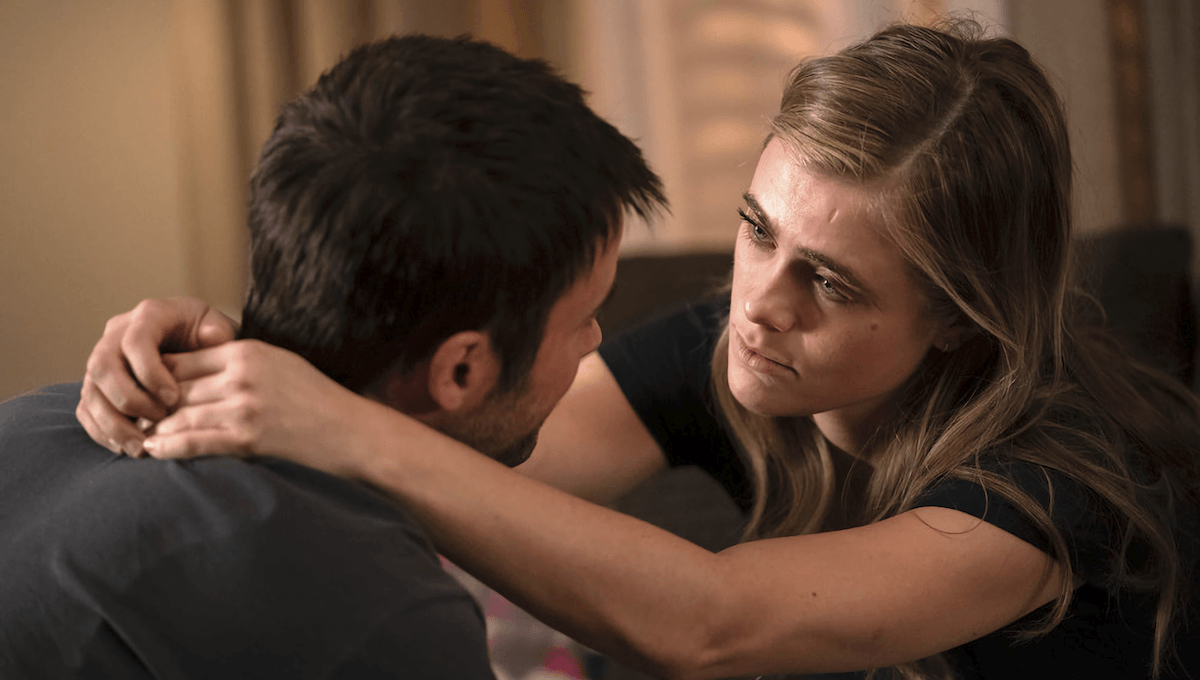 Manifest season 2 is all set to air its finale next week. And in its penultimate episode that aired this week, the story slowly builds up toward a fantastic conclusion. Yes, the wedding between Michaela and Zeke is the main theme of episode 12; but sometimes, everything is not supposed to end on a good note — something that Michaela realizes after facing disastrous consequences of her decisions.

Well, we will get to the details of the last episode later. But first, let us take you through the whens and hows of Manifest Season 2 Episode 13.

Manifest Season 2 Episode 13 Release Date: When Will It Premiere?

‘Manifest’ Season 2 Episode 13 is slated to be released on Monday, April 6, 2020, at 10/9c on NBC. Titled “Icing Conditions”, here’s what the episode entails as per the official description:

“Michaela and Ben put everything on the line to attempt a daring rescue; as the final hours of Zeke’s life approach, Saanvi and Vance make a last-ditch effort to appeal to the Major, who may be the only person who can save him from his death date.”

Where Can I Watch Manifest Season 2 Episode 13 Online?

What happens when you don’t listen to your calling or maybe, fail to interpret it correctly? Well, this is exactly what happens with Michaela in episode 12, when she decides to ignore a calling called ‘let him go’.

She follows Jace Taylor and two of his cronies to a meth lab and ends up arresting the trio. However, the meth lab blows up just after she takes them away. So, if she had not gone there in the first place, this would have been the end of the gang. But now Michaela will face the consequences of her actions.

The trio is questioned in the interrogation room but there is no result. They then escape the prison. When Michaela and Zeke leave for their honeymoon, Jake enters their yard and kidnaps Cal. Michaela later receives a call, saying: “Get us back our stash, or we bury your nephew!”

Of course, we already know that Ben is not going to take the whole thing lightly. Dallas even tells: this “is not going to be good, let me tell you. Michaela had a calling to follow and she didn’t, and things start to go horribly wrong. Horribly wrong. And this is where you’re going to see a great tension.”

On the other hand, Ben receives news about the explosion of Flight 828. Saanvi decides to seek out Vance as she believes that the Major is behind her job termination. And she is all set to have her revenge on the Major!