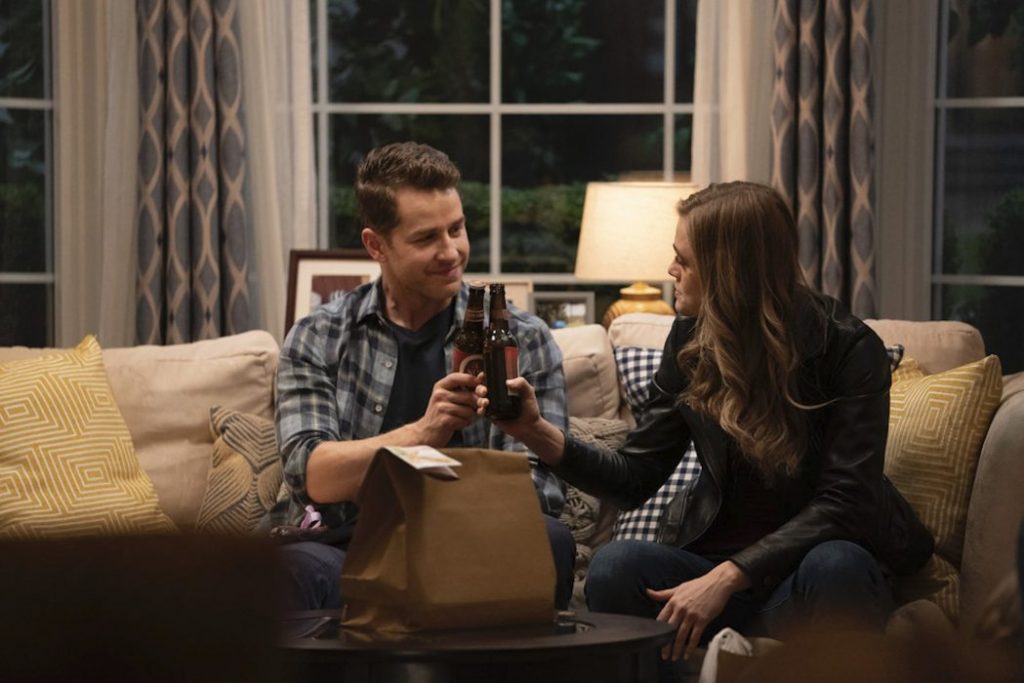 Created by Jeff Rake for NBC, ‘Manifest’ is a supernatural drama that follows the Montego Air Flight 828, which mysteriously lands in New York after five and a half years’ disappearance. The series progresses through the lives of the passengers, who were presumed dead, and the changes they encounter in themselves as they begin to experience guiding voices and visions of the future. Referred to as callings, these voices and visions help them unravel not only the future but also the mystery behind the aircraft.

Upon its premiere on September 24, 2018, ‘Manifest’ only garnered mixed reactions from the critics, but the show’s highly powered supernatural narrative and the progression of the mystery captivated the audiences. Over three seasons, the show has kept the mystery alive for the fans, who have been waiting for their pile of uncanny questions to be answered by a new season. As the fourth and final season is getting readied to process the enigma behind Flight 828, here’s everything we know about ‘Manifest’ season 4!

‘Manifest’ season 3 premiered on April 1, 2021, on NBC, with the season finale being aired on June 10, 2021. The third season comprises thirteen episodes of runtime between 42-49 minutes each.

As far as the fourth season is concerned, here’s what we know. On June 14, 2021, NBC canceled ‘Manifest’ to everyone’s surprise. Fans, who were eagerly waiting for the renewal of the fourth season after the shocking season 3 finale, were left baffled by the network’s decision. In the same month, Netflix released the first two seasons of the show, recording a whopping 25 million views in its first 28 days in the U.S. and Canada.

The numbers were accompanied by the #SaveManifest campaign, participated by the fans and crew alike, to incite the renewal of the fourth season. On August 21, 2021, the third season landed in its entirety on Netflix. After a week, on August 28, 2021, Netflix renewed ‘Manifest’ for a fourth and final season after discussions with Jeff Rake and Warner Bros. Television. The announcement came on 8/28 as a nod to Flight 828 and was shared by Jeff with #SavedManifest to conclude the popular campaign.

The season is confirmed to have 20 episodes and will likely release in multiple parts. Following the renewal, creator Jeff Rake confirmed that the filming will begin in November or December 2021. Considering the long schedules of filming and post-production, the show might take its time to hit the screens. In such a scenario, we expect ‘Manifest’ season 4 to release sometime in Q4 2022.

‘Manifest’ season 4 will see the return of the majority of the main cast members. Even though the artists were freed from their contracts after the cancellation of the show by NBC, season 4 will have Melissa Roxburgh as Michaela Stone and Josh Dallas as Ben Stone to lead the principal cast. They will be joined by J. R. Ramirez as Jared Vasquez, Parveen Kaur as Saanvi Bahl, Luna Blaise as Olive Stone, and Holly Taylor as Angelina Meyer. Matt Long, who essays Zeke Landon, will also return but for limited screen time due to other commitments.

Ty Doran, who appears in the season 3 finale as a guest, will essay the role of older Cal Stone, replacing Jack Messina. Athena Karkanis, who portrays Grace Stone, might not return for the fourth season due to her character’s demise in the season 3 finale. Daryl Edwards is promoted to the main cast to portray Robert Vance, the director of the NSA. Jared Grimes might return as Adrian Shannon, but the future of Mahira Kakkar (Aria Gupta), Ali Lopez-Sohaili (Eagan Tehrani), and Christopher Piccione (Randall) in the show is uncertain.

The third season of ‘Manifest’ ends in an astounding twist, as Cal sacrifices himself to not let Project Eureka examine the tailfin. He touches the tailfin and disappears, leaving Ben and Vance in shock. Meanwhile, Eagan, Randall, and Adrian get out of jail and start plotting against the government, as they believe they are getting persecuted by the authorities. They recruit Angelina, who is in search of her guardian angel.

Angela breaks into Grace’s house and stabs her to carry baby Eden away with her. Right before Grace succumbs to death, Cal appears in front of her in his teenage years, saying that he knows what to do. The finale of the third season ends in Dr. Gupta witnessing Flight 828 at the project base, disappearing in the next moment.

Season 4 of ‘Manifest’ is expected to pick up from Cal’s return as a teenage boy as the mystery behind his growth will be the key to understanding the reasons behind the supernatural occurrences that dictate the passengers’ lives. The fourth season will also explore the storyline of Angelina as she leaves with baby Eden, confirming the initial vision of Michaela. It will also be interesting to see the resistance Adrian will put forward against the authorities with Eagan and Randall in custody.

The momentary appearance and disappearance of the airliner in front of Dr. Gupta will be key in explaining the cross-connections of the timelines present in the show. With a pile of questions, doubts, and puzzles to be answered, the fourth and final season will be a challenge for the creator Jeff Rake and his writers.

Read More: Where is Manifest Filmed?