Will There be a Marcella Season 3? 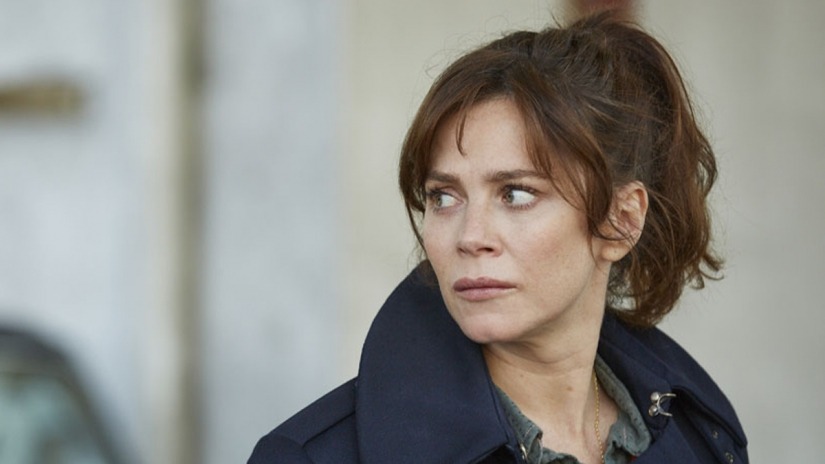 Marcella is a British detective series, written and directed by Swedish screenwriter Hans Rosenfeldt. The series first premiered on ITV on April 4, 2016. Marcella is the story of Marcella Backland, a London-based detective who suffers from a condition called fugue that cause her to become violent in moments of stress. The story follows Marcella as she tries to solve an open case from 11 years ago.

After two successful seasons, the show was renewed for a third installment. Here’s everything we know about Marcella season 3.

Marcella Cast: Who is in it?

Anna Friel stars as Detective Sergeant, Marcella Backland, who tries to solve an unsolved case from 11 years ago while battling problems with family and a mental illness. Friel rose to fame after her performance in Brookside (1993). She has appeared in multiple films including, Me Without You (2001), Timeline (2003) and Goal! (2005). She is the recipient of several awards including an International Emmy Award and a National Television Award.

Apart from this, Marcella has a list of supporting cast and recurring characters. Most of the cast is expected to return for season 3.

Marcella Plot: What is it about?

Marcella revolves around the life of Marcella Backland, who is a detective in London. Marcella is a smart and strong-headed woman who likes to question people and rationally come to an opinion. She trusts her intuitions, is brave and isn’t afraid to upset people.

Marcella suffers from dissociative fugue, a mental disorder that causes her to enter into an amnesiac and often violent state in moments of stress. She often remains in this state for several hours only to wake up baffled and with no recollection of what she did or where she was when she was in the fugue state.

Marcella is a nail-biting experience that keeps you on the edge of your seat. With a vast list of characters surfacing frequently and unexpected plot twists, Marcella becomes more and more complex. It is ironic to see how Marcella tries to uncover clues around her while she is parallelly uncovering herself too.

The series begins with Marcella returning to work after her husband of 15 years, Jason abruptly decides to end the relationship. She begins her investigation into three unsolved murders from 11 years ago when it is suspected that the killer has returned.

Meanwhile, news about the murder of Grace Gibson spreads all around. Grace is a woman with whom Jason is having an affair for three years and the main reason behind their split.

Things get complicated when Marcella finds herself in a pool of blood and mud right after Grace’s murder on waking up from her fugue state. This makes her doubt if she herself is the murderer. As Marcella tries to investigate further, she finds a pattern in the multiple killings that surface around the city, proving to her that it is the work of a serial killer. While she is trying to put the pieces together, she keeps wondering if the criminal she is searching might just be her.

In Season 2, Marcella investigates a peculiar case and tries to hunt down a serial killer of children. Parallelly, Marcella’s personal life is falling apart. Jason is already engaged to his rehab nurse even before their divorce is finalized. He decides to move to Singapore and demands full custody of their two children. Marcella realizes the lengths to which Jason is ready to go to accomplish this.

Detective Rav Sangha is heading the case and works with Marcella to try and hunt down the serial killer. As Marcella investigates further, more and more suspects surface that include a pedophile, an arrogant millionaire, a gay couple who want to adopt a child and 1970s rockstar.

Hoping to understand her blackouts, Marcella starts consulting a hypnotist. She finds out the loss of her first child triggered the blackouts for her. She works with the hypnotist to try and remember things from her fugue state. She also confesses about her illness to Jason. Some of the memories she recovers also make you understand some segments from season 1.

Season 3 is expected to continue following Marcella, as she tackles new crimes and her own illness.

Marcella Season 3 Release Date: When will it premiere?

Marcella season 2 premiered on February 19, 2018, on ITV. Anna Friel was lauded for her performance as Marcella and the series was a commercial success. In the UK, the average viewership was approximately 5 million.

On October 3, 2018, ITV greenlit season 3 for production. Accordingly, filming for the third season of Marcella began in March 2019 in Northern Ireland. According to an official statement by ITV, season 3 is slated to have 8 episodes. You can expect Marcella season 3 to release sometime in February, 2020.

Check out the trailer from the show’s debut season below. All the episodes of previous seasons are available to stream on Netflix.