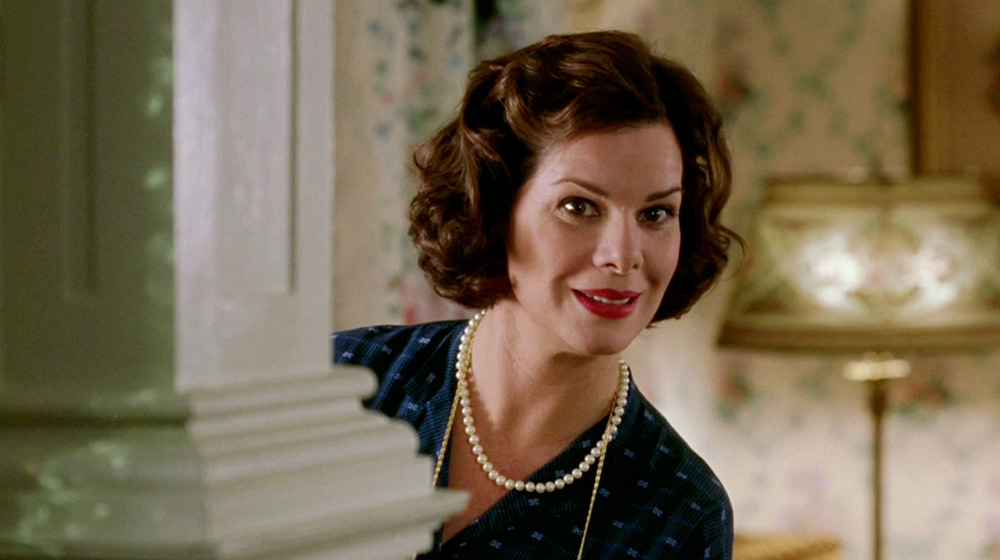 Marcia Gay Harden doesn’t bother whether it is movies, stage or television while exploring the nuances of her characters; she gets into the skin of every single character and has, time and again, astonished us with her versatility. The actress discovered her flame for theater when her family was in Greece. Her father was an officer in the U.S. Navy. Obviously, the Harden family got accustomed to a globetrotting domestic life that spanned across Texas, Japan, Germany, Italy, and Greece. Harden enrolled in a drama course at the University of Texas before joining New York University for M.F.A. in 1988. She started her acting career even before completing the course. The actress received positive reviews and earned two nominations for Helen Hayes Awards, in 1985 and 1986, for her performances in the theater productions, ‘Crimes of the Heart’ and ‘The Miss Firecracker Contest.’

She made her big-screen debut with a small role in the lesser-known thriller ‘The Imagemaker’ in 1986. Her breakout role came with the 1990 crime-drama ‘Miller’s Crossing’ directed by Joel and Ethan Coen. Harden played the role of a loud-mouthed girlfriend of a gangster in the movie which went on to become a critical and commercial success. The character earned Harden considerable visibility and critical praise. Two years later, she returned to the limelight and received positive reviews for the biographical miniseries ‘Sinatra.’ She played the role of Ava Gardner in the show.

But Harder couldn’t cash in on the critical success in the early-90s. After a couple of guest appearances on television shows and minor roles in movies, she shifted her focus into her home turf – the theater. The actress tasted back-to-back success for the next couple of years on stage. In 1992, she took the theater scene by storm with the portrayal of a vicious seductress in the drama ‘Crush.’ In 1996, she stole the heart of the audience as a naive waitress in the play ‘The Spitfire Grill.’ She made her Broadway debut in 1993 with Tony Kushner’s ‘Angels in America.’ The actress portrayed the character of a troubled wife of a gay and Mormon attorney in the production and earned a Tony nomination for her performance.

Harden returned to films with the 2000 comedy ‘Gaudi Afternoon.’ She also appeared in the television movie ‘King of Texas’ in 2002. The actress played a major role in the film, which was an adaptation of Shakespeare’s ‘King Lear,’ opposite Patrick Stewart. During 2001-2002, she played a significant role alongside Richard Dreyfuss in the television series ‘The Education of Max Bickford.’ Her long-awaited breakthrough came with the 2003 flick ‘Mystic River’ directed by Clint Eastwood. Harden played the wife of the character donned by Tim Robbins. She earned her first Academy Award nomination for her stunning performance in the movie.

Harden emerged as a prominent character actress after the success of ‘Mystic River.’ Her other works include ‘Bad News Bears’ (2005), ‘The Hoax’ (2006), ‘Into the Wild’ (2007), ‘The Mist’ (2007), and the ‘Fifty Shades’ film series. Now you must be wondering what is the next Marcia Gay Harden movie or TV show? Well, here’s the list of upcoming Marcia Gay Harden films and TV shows scheduled to release in 2019 and 2020. We can only hope that the latest Marcia Gay Harden movies would be as good as some of her recent ones. 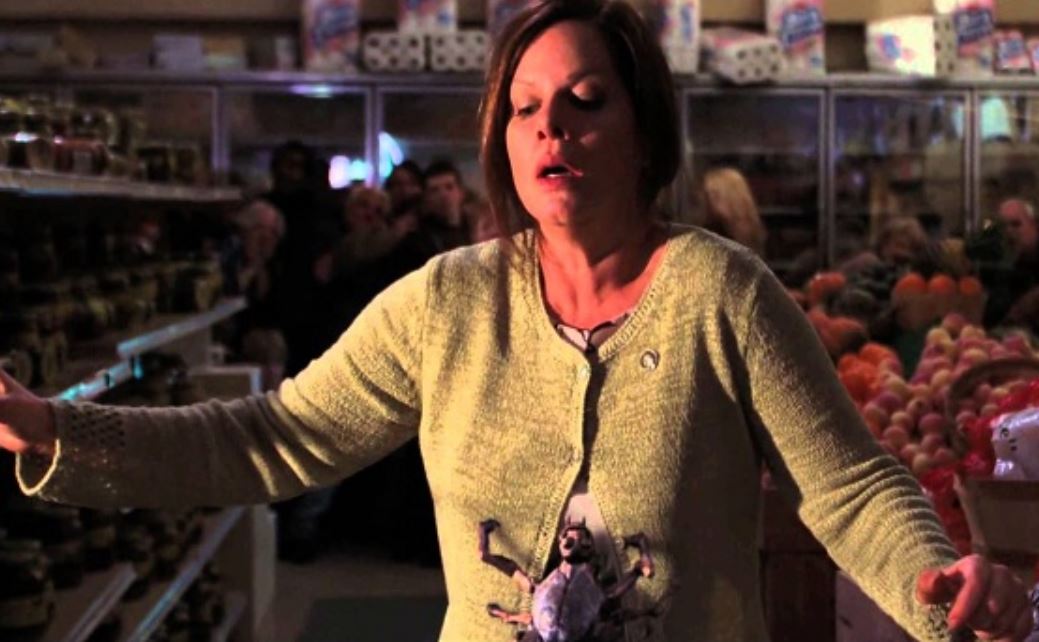 Marcia Gay Harden joins Frank Grillo and Anthony Mackie for the remake of the 2010 French thriller ‘Point Blank.’ The plot follows an emergency room nurse who finds himself at loggerheads with a bunch of renegade cops who kidnap his pregnant wife. The desperate husband makes an unlikely pact with a murder suspect who has been moved into the nurse’s ward for treatment. Together, they embark on an adventure in search of the kidnapped woman with a corrupt police force and warring rival gangs hot on their trail, according to Variety. Teyonah Parris, Boris McGiver and Markice Moore round out the cast. Joe Lynch is directing the film from a screenplay by Adam G. Simon. Joe Carnahan and Grillo are producing the film for their banner Party in association with Johanna Byer for Gaumont. Sidonie Dumas, Christophe Riandee and Gene Stein executive produce the movie, which is currently in post-production. 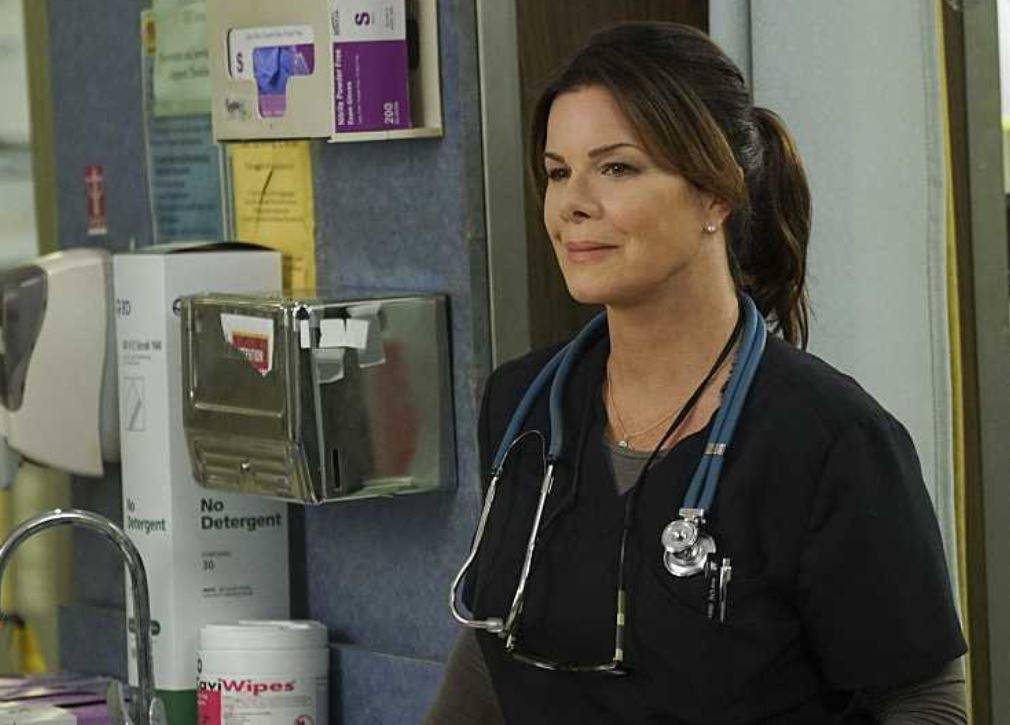 The upcoming comedy-drama ‘Pink Skies Ahead’ is based on an essay titled ‘No Real Danger’ from Oxford’s second book, ‘When You Find Out the World Is Against You.’ Marcia Gay Harden plays the role of Pamela in the movie, which also features Henry Winkler, Rosa Salazar, Jessica Barden, Lewis Pullman, and Devon Bostick in major roles. A THR report suggests ‘Pink Skies Ahead’ is the emotive story of Winona (Barden), a college dropout living with her parents after being diagnosed with an anxiety disorder.

Harden is set to portray the character of Winona’s mother, Pamela in the movie. ‘Pink Skies Ahead’ is written and directed by Kelly Oxford. The movie also marks the maiden production venture from Stampede productions of Greg Silverman, who produces the film along with Lisa Zambri, Greg Gilreath, and Adam Hendricks. Gideon Yu, Zac Locke and Chris Bosco join the project as executive producers. ‘Pink Skies Ahead’ started filming in Los Angeles in May 2019. 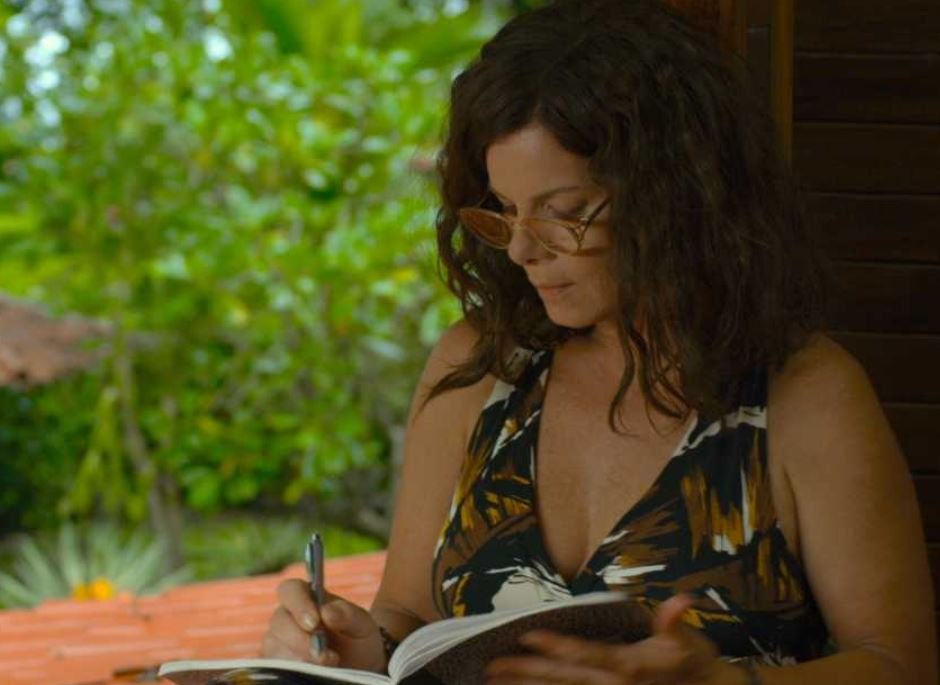 Marcia Gay Harden returns to television with the National Geographic Channel’s scripted series, titled ‘Barkskins.’ Based on the 2016 novel of the same name by Annie Proulx, the show explores the life of a rare group of 17th-century outcasts dwelling in and around New France, a North American territory controlled by France. Harden reportedly plays the character of Mathilde, an innkeeper in the neighborhood who is known as a keeper of harmful personal secrets of the townspeople. She leverages on the dark secrets to expand her vicious circle of influence over others.

The long-gestating project also features David Thewlis as Claude Trepagny, the rich visionary of New France. Christian Cooke and James Bloor also join the cast as two hapless indentured laborers under Trepagny. ‘Barkskins’ is directed by David Slade from a screenplay adapted by Elwood Reid who also serves as the executive producer of the project along with Scott Rudin, Garrett Basch, and Eli Bush. Fox 21 TV Studios stepped into the scene to bankroll the project after Disney’s acquisition of 21st Century Fox. Nat Geo is yet to give a release date to the project, which is currently in pre-production.