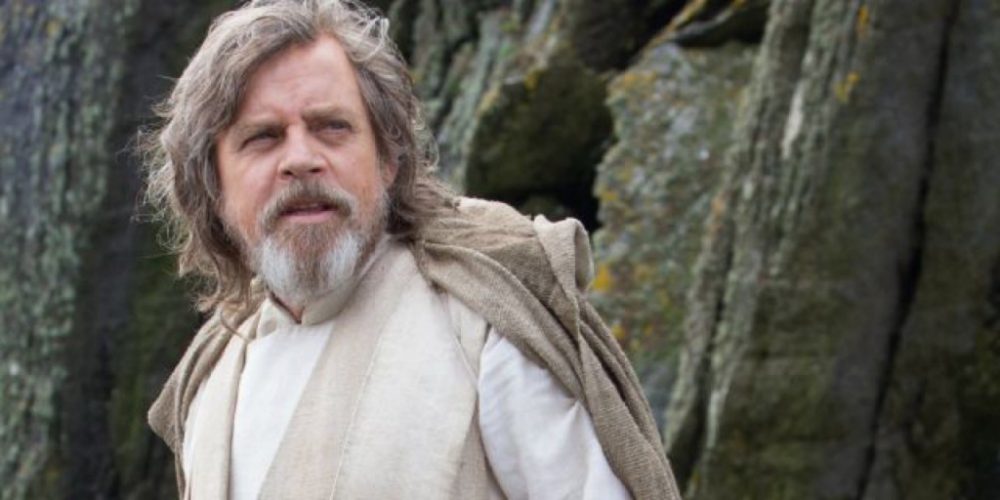 Hamill has a huge body of work behind him and is still continuing to add more to it. He puts new life into every character that he portrays of lends his voice to. At this point, the question that might be circling your mind is when is the next Mark Hamill project coming? Well, the good news is that we have a clear answer to that question. Here’s the list of upcoming Mark Hamill films and television shows scheduled to release in the near future. We can only hope that the new Mark Hamill projects would be as good as some of his recent ones. 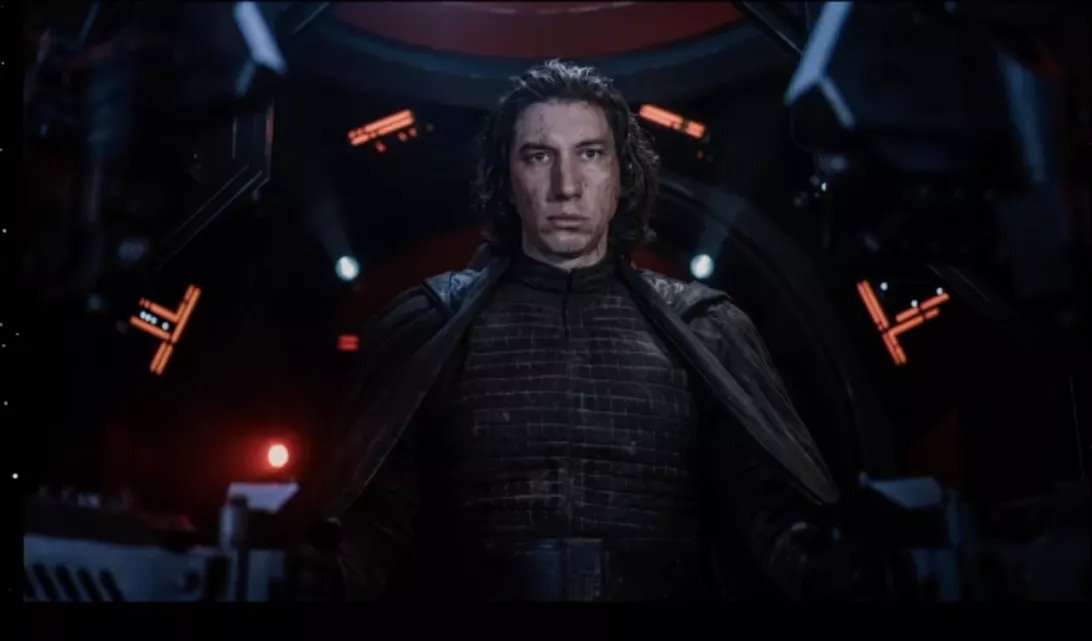 ‘Star Wars Episode IX – The Rise of Skywalker’ is the final movie in the new Star Wars trilogy and is being directed by J.J. Abrams. The movie is being termed as the monumental finale of the Skywalker Saga. It is one of the most anticipated movies of 2019 and is expected to break every possible box-office record. The film will surely be good as it is being directed by J.J. Abrams, the man behind ‘Star Wars: The Force Awakens’ and the 2009 reboot of ‘Star Trek’. Hamill will reprise his role as Luke Skywalker in the movie. The film will continue forward after the events of the previous film in the series ‘Star Wars: Episode VIII – The Last Jedi’, which released in 2017. The last movie ended with Rey being able to control the force and Kylo Ren becoming the head of the Empire.

The expectations from the movie are very high as it will mark the end of Luke Skywalker in the film series. Hamill is the only remaining character from the original series currently working on the series and this will be his last film of the series marking the end of an era. Fans of the series are just wishing for a satisfying end to this saga as many fans were not pleased with the previous film in the trilogy. The movie will release worldwide on December 20, 2019. 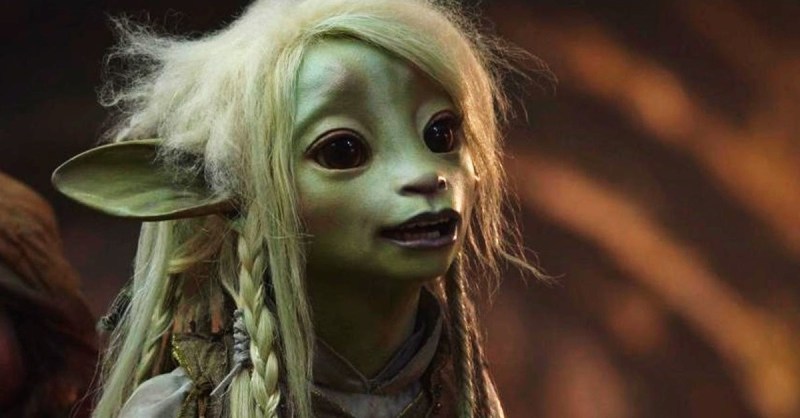 ‘The Dark Crystal: Age of Resistance’ goes back to the world of Thra, where three Gelflings discover the horrifying secret behind the Skeksis’ power and set out to ignite the fires of rebellion and save their world. Mark Hamill voices one of the characters. Alicia Vikander and Andy Samberg co-star. Considering the success of the series in the first season, it might be back for Season 2. 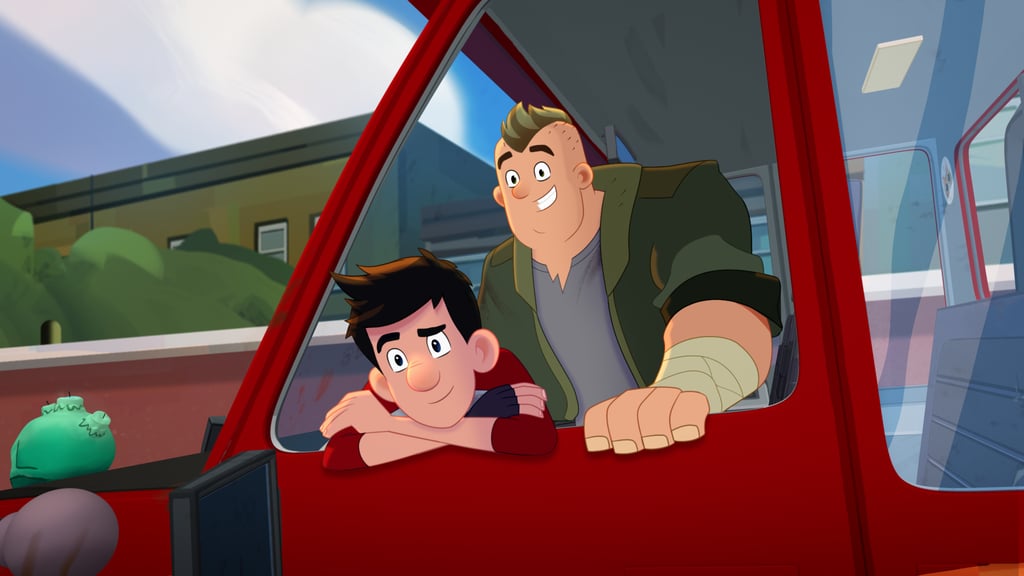 ‘The Last Kids on Earth‘ is an animated adventure that follows how the world is after it has been taken over by monsters. While such a scenario would normally send people scurrying to save their lives, we meet a group of young friends who take things in stride. Notably, the show is based on the book series of the same name by Max Brallier.

The series introduces us to Jack Sullivan, who along with his friends, has managed to live their lives in a decked-out treehouse. If this sounds adventurous, there is more to the tale. The friends spend their days playing video games and eating candy. Sounds pretty fun for a post-apocalyptic scenario, right? However, the kids have to spend some quality time, fighting zombies as well. They cannot be heard complaining since they do their jobs quickly and efficiently. The series has maintained a tone that is light and entertaining, and we expect more of it when another season drops.

Hamill lent his voice in the first season, and the Netflix show would definitely benefit by keeping the veteran actor on for the upcoming season as well. 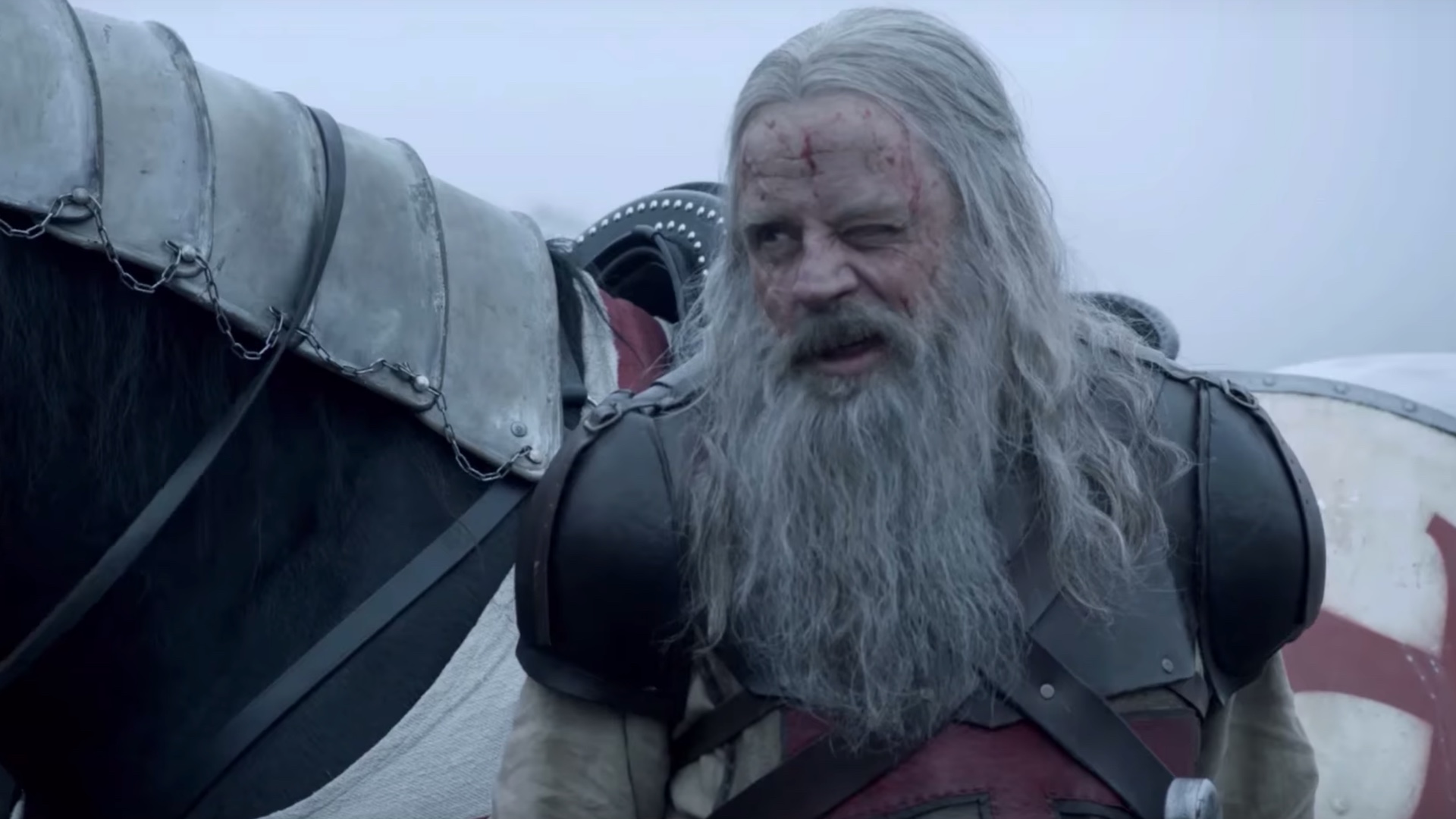 ‘Knightfall‘ is a show that tells a tale of historical fiction. You must be familiar with the Knights Templar, an almost legendary group that is known to have been in charge of guarding the Holy Grail. The show, which airs on the History Channel, takes a look at the rise of the Knights Templar, followed by their fall, repression and eventual persecution, as it took place under the rule of King Philip IV of France.

When the series begins, we focus on a fictional knight in the order. As a leader, he is discouraged by the many recent failures of the Knights Templar. However, finally, the entire unit seems to be invigorated as new life seems to have been breathed into them. The cause for all the excitement turns out to be the news of the resurfacing of the Holy Grail. Over the seasons, we have seen the Knights on many adventures, as they fight to maintain their stature in a world that can quickly turn violent.

Mark Hamill appears as Talus, a veteran Templar who trains the younger Knights so that they might go about their duties effectively. The role seems to be tailor-made for the veteran actor who can easily slip into the authoritative position of a teacher. Hamill’s appearance will be looked forward to when the show returns for another season, and the actor will surely make his role memorable, accentuating the drama of ‘Knightfall’. 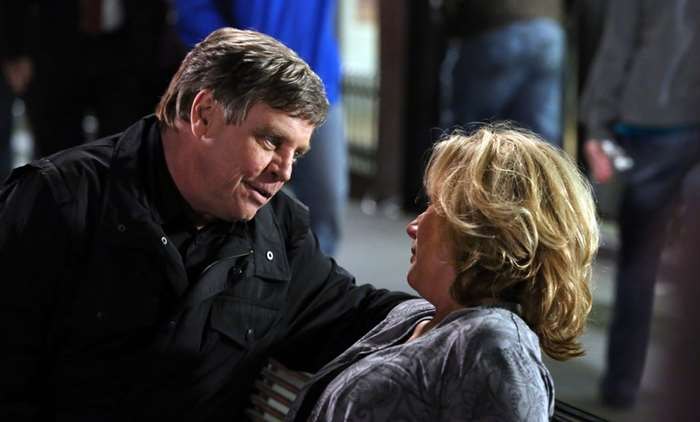 We all know what it might be like to be a superhero. No, I’m not talking about having powers ourselves. But rather, there is a lot of existing work that explores the psyche of a superhero, the ordeals, trials, glamour. We have incisive works that seek to show how responsible superheroes might be or how accountable. We even have new bodies of work exploring how the superhero phenomenon might be turned on its head if people with powers are not brought up in the right manner.

The upcoming animated television movie seeks to add a new perspective to the superhero canon. We are going to witness what the relatives of superheroes go through. Being related to a superhero might be fun, after all, you have someone good to depend on. However, there might be a bit of jealousy and envy involved. Moreover, superheroes as relatives might not be that cool after all. They might forget important family functions, leaving you seething, but if they show up with a story of how they saved the world instead, you cannot even stay mad at them.

The upcoming film will definitely seek to explore such angles and with Mark Hamill attached to play the role of Albert Farthington, we are expecting a solid voice-performance. Hamill has already proved himself to be a legendary voice actor, and it will be fascinating to see what he has up his sleeve for the upcoming role. 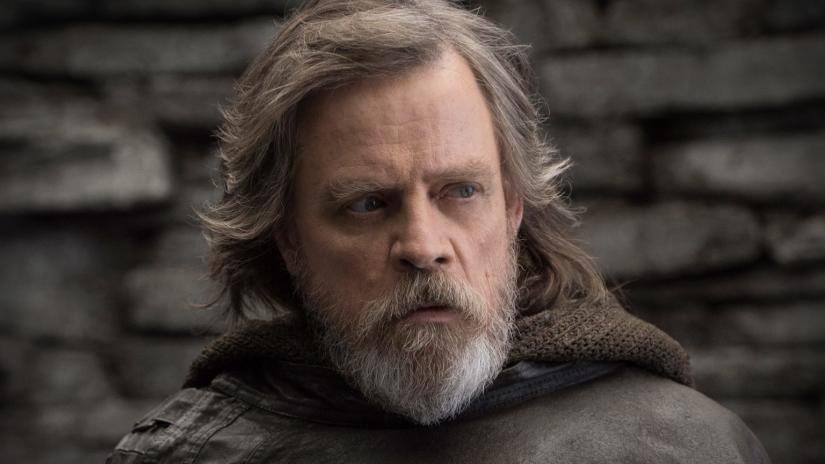 ‘Invincible’ is an upcoming animated action-adventure series that already has us excited due to the talented cast on board. We have Mark Hamill, who will be seen alongside J.K. Simmons. Naturally, the veteran actors will be looking to take the series to new heights with their voice acting. As they breathe life into the characters, the story will once again take a look at a superhero, but from a unique perspective.

The premise is based on the Skybound/Image Comic and follows a teenager whose father happens to be the most powerful superhero on the planet. The relationship between fathers and teenagers are complex as is, but when you add to it the burdens of being a superhero, something is bound to shake loose.

Hamill will definitely have some idea of how to shape his character in the context of the show. After all, ‘Relatively Super’ deals with a similar premise, but in ‘Invincible’ the relationship explored is a much more intimate one. We have to wait and see how it pans out, but we have no doubts that Hamill will be memorable in his role. 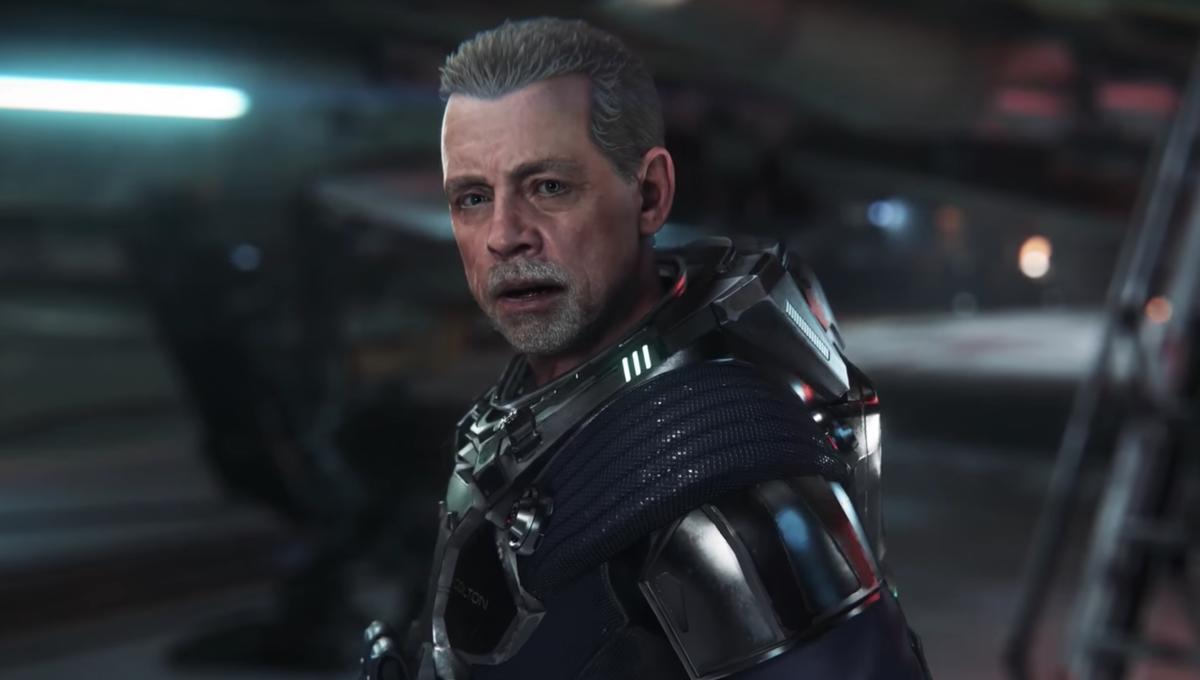 Space adventures are about to get much more interesting with the upcoming ‘Squadron 42’, the action sci-fi video game. It is part of the ‘Star Citizen’ world, where you can carry out various missions, engage in trading activities, and basically explore what living in space could be like.

However, ‘Squadron 42’ is much more focused in its approach and gives gamers a mission-oriented storyline that is bound to test their skills and reflexes. The single-player adventure starts off with a new recruit being taken on as a navy combat pilot, at a time when war is already brewing. The character has to get through several missions, work under different instructors and follow orders, all the while striving to survive the battle. Ultimately, through hard work, the character can become a citizen. Notably, the game’s performance is likely to affect the standings in the ‘Star Citizen’ game, but developers have announced that one does not need to play the latter to enjoy the former to its fullest extent.

Mark Hamill is just one of the many notable names on board. We also have the likes of Mark Strong and Gary Oldman appearing in this game. Knowing Hamill and his experience in having appeared in an outer space project already, yes ‘Star Wars’, the actor will find it effortless to capture what the game is trying to put across. 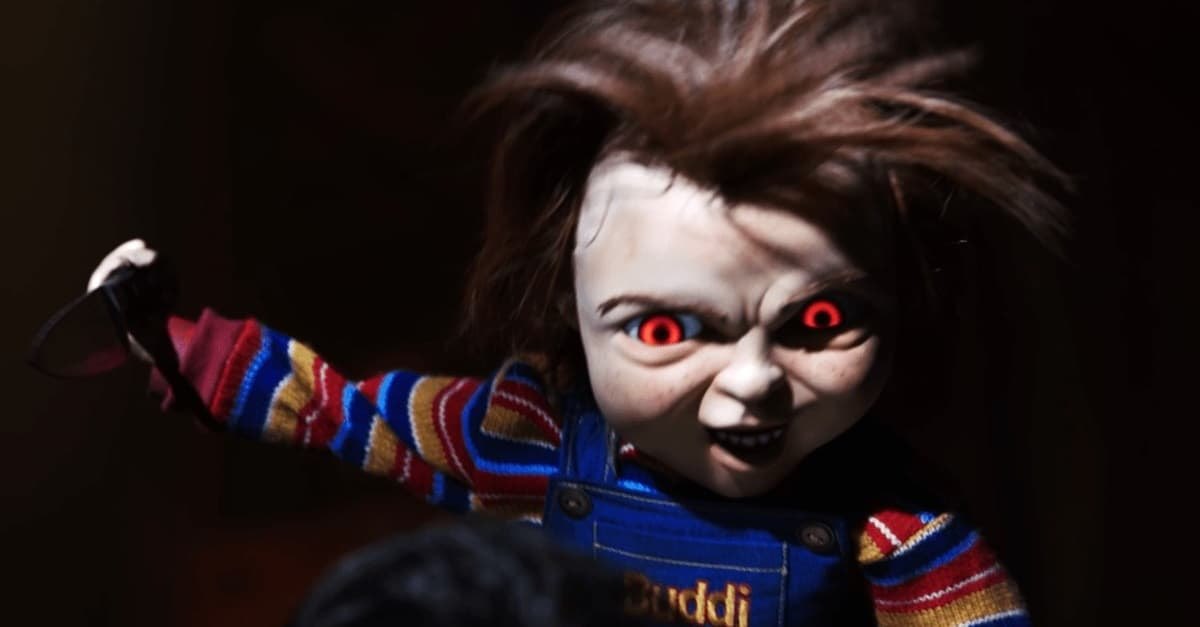 Any horror aficionado will have heard of ‘Child’s Play’, the first movie that managed to make dolls scary way before Annabelle was even thought of by James Wan. The 2019 movie is a reboot of the franchise, whose first movie hit the theaters in 1988.

The basic premise of the movie is the same as before. We see how a mother gifts a toy doll to her 13-year-old son, unaware of the truly sinister nature the doll hides behind the apparently harmless facade. It is a pleasure seeing Chucky back on the screen once again, and Hamill appears as the terrifying doll. Channeling all the horror that made his voice-acting as Joker so memorably chilling and enjoyable, the actor oozes evil as Chucky.

Directed by Lars Klevberg, the movie released on June 21, 2019. Upon release, certain aspects of the film received praise, but Chucky’s design and movements were a little criticized. Luckily, Hamill’s voice will help you look past all that into the heart of Chucky’s darkness. 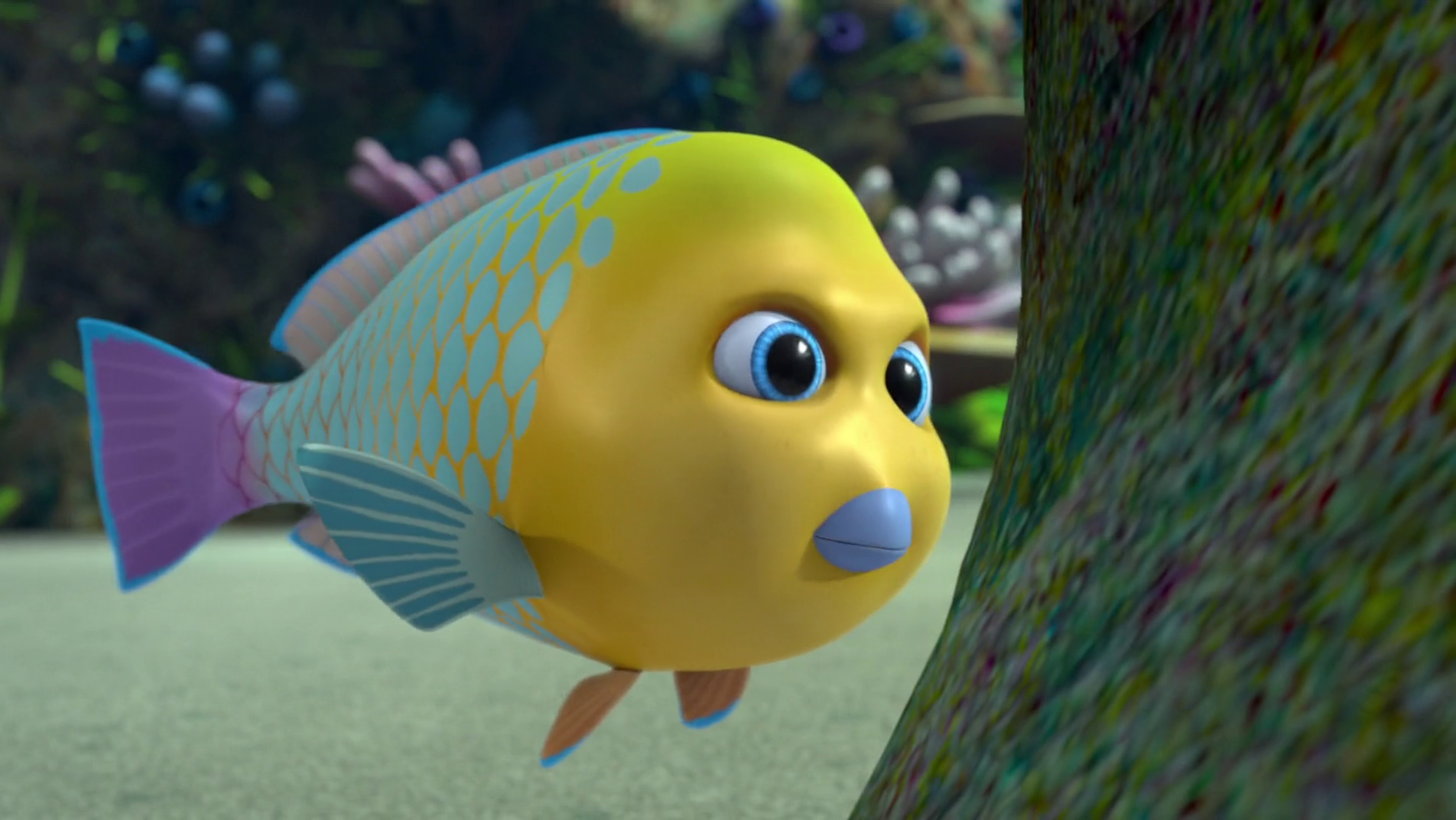 ‘Go Fish’ is an animated adventure that comes from Sean Patrick O’Reilly, who acts as director and writer. The premise is extremely timely with human practices, and global warming destroying much of our ocean life including coral reefs.

The story begins when a dark goop reaches the bottom of the ocean and a fearless fish must go on an adventure to trace its source, trying to remove it, before the goop ends up destroying the coral reef that the fish calls home. The peace and quiet in the idyllic undersea town are destroyed due to human interruption. The movie offers a fascinating look at underwater life, attempting to teach us a bit about the creatures down there. The emotions evoked in the movie are clearly aimed at us so we become more conscious of our actions towards the environment, that harms the most important ecosystems on earth.

The way the fish fights back is symbolic of how nature must defend itself inevitably to prevent becoming extinct. The movie has a light tone overall, but the message could not be more serious. Hamill lends his voice in the movie and does an excellent job of breathing life into the character. ‘Go Fish’ released on November 19, 2019.