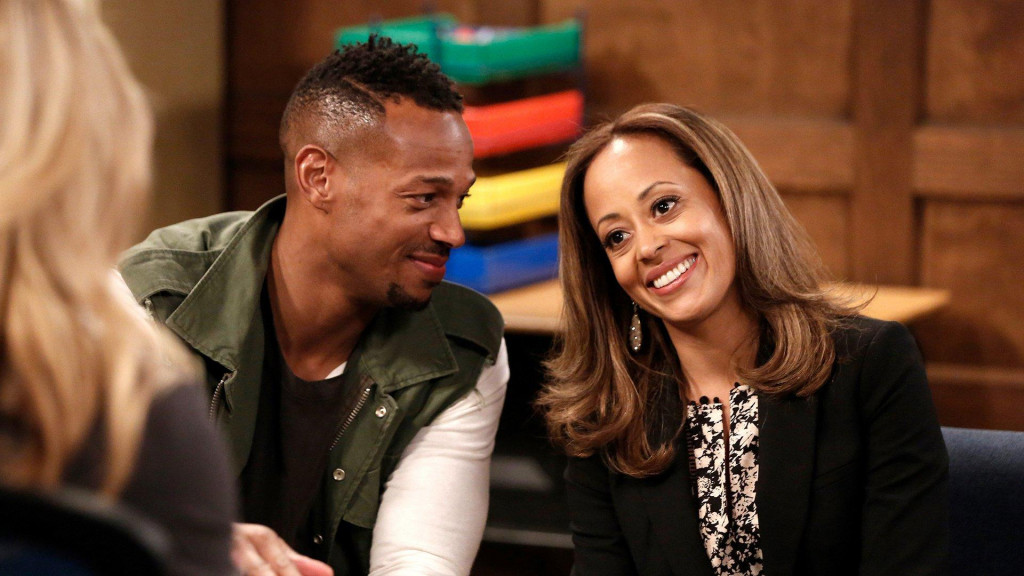 ‘Marlon’ is an American comedy television show that airs on NBC. The series first premiered on August 16, 2017. The show has been created by Christopher Moynihan and Marlon Wayans. In 2018, Netflix acquired the right to exclusively distribute the show in many regions all around the world including the United Kingdom. Outside the US, ‘Marlon’ is advertised as a ‘Netflix Original‘.

The show is based on Marlon Wayan’s own life and it focuses on the relationship of Marlon with his ex-wife Ashley, who try to stay friends for the sake of their two children, Marley and Zack. The premise is semi-autobiographical as it is loosely based on the comedian’s own life. While the series did attract some fans, who happen to follow comedy shows, critics only met it with mixed reviews, and they were none too impressed with the kind of story that this series was trying to spin.

Marlon Cast: Who is in it?

The main cast of ‘Marlon’ includes Marlon Wayans, whose works range from the likes of the ‘Scary Movie‘ series to Darren Aronofsky’s acclaimed ‘Requiem for a Dream‘. Wayans plays the role of Marlon Wayne here, who is a loving, but, often inappropriate father to two children. He is divorced and acts childishly sometimes, which makes him more youth-relatable. He also has some traits of a typically clingy ex and while loving his family deep down. Maybe, Wayans just has a weird way of showing it. Essence Atkins plays the role of Ashley Wayne, Marlon’s ex-wife. She is the family’s peacemaker and is often seen trying to keep things calm in the household and cleaning up after Marlon, who manages to hype things up. Although Ashley tries to move on, she finds bits of the divorce complicated, which is only natural. Notlim Taylor appears as Marley Wayne, the quick thinker but the calm one in the family. She is intelligent and responsible, and by all accounts, a role model. Amir O’Neil plays the role of Zack Wayne, the troublesome kid in the family who does not care about feelings and emotions. Other cast members include Bresha Webb playing the role of Yvette. She is Ashley’s best friend and has a petty feud with Marlon. Diallo Riddle plays Stevie Noggle, who shacks up with Marlon and considers himself to be his best friend. Well read but unemployed, Stevie just might Marlon’s only friend. All of these characters make the show enjoyable by bringing their unique personalities to the forefront.

If there is an upcoming season, we hope that the main cast returns, and hopefully, there will be some new characters as well, because we cannot wait to see what kind of interactive differences they bring to the series.

Marlon Season 3 Plot: What is it about?

The main plot of ‘Marlon’ is about a father who is loving but immature. He has a personality that is larger than life and he is committed to raising his children with his ex-wife, who is calm and seems to have all her stuff together. While co-parenting can be tough, especially among exes, what with the residual resentment and lingering feelings, not to mention the resulting awkwardness, Marlon’s heart seems to be in the right place and for him, family comes first. However, he just might be the biggest kid in his family and his shenanigans prove it.

While the act of raising the children is difficult, thanks to the rambunctious son of theirs, performance wise, Marlon outshines everyone else. This is ironic because it is his splendid and fearless comedy that makes the others pale in comparison in this family show, and if the family members fade away, the show loses much of its original appeal. The series is endearing in its own way because it celebrates the small familial revelations which come from raising children, instead of just deciding to jump in and tackle deep-seated social issues just because the cast members happen to be people of color. However, to sum up, the show is pretty standard. As critics noted, “Wayans is a scene-stealing presence, apt to get loud and gesture wildly in his eagerness to poke fun at himself. His performance is kind of a parody of the righteously disgruntled patriarch because his family mostly ignores him…Most of the show is spent watching Wayans have a feeling, while the family members around him patiently wait for him to get through it. Then they find their way to an ending where everyone’s briefly on the same page, with sitcom-ready hugs in front of the couch.” In this formula, ‘Marlon’ goes in the completely opposite direction of ‘The Charmichael Show’ which picked up a lot of hot topics. While this series has avoided that, as we pointed out, this very tendency of inoffensiveness might be its undoing. It has been said, “Wayans’ performance is so outsized that it’s impossible to take him seriously; it’s like his character absorbs conflict, taking discord out of commission the way a bodyguard takes a stray bullet. ‘Marlon’ is a steadfastly more comforting show — but it is less interesting, too.”

Hopefully, if there is another season, the show will work on its flaws, and try to tone down the performance of the central male protagonist, so as to give the other members of the family an equal chance to perform. That aside, it could also take up some social issues, which must be taught to children over the course of parenting.

Marlon Season 3 Release Date: When will it premiere?

‘Marlon’ Season 2 premiered on June 14, 2018. On December 21, 2018. NBC decided to cancel the series. Although the show had initially gone off to a strong start, the following season saw a decline in the show’s ratings, which led to the network making the decision to cancel the series altogether. Since Netflix has picked it up for international distribution, there is always a chance that the future of the show could continue on the streaming platform, but as of now Season 3 of the show remains canceled.

‘Marlon’ Season 3 does not have a trailer yet since the series has been canceled. You can refresh your memory about the show with the trailer from Season 2. If you have not seen this series at all, you could give it a watch for the personality of the titular character, if nothing else.