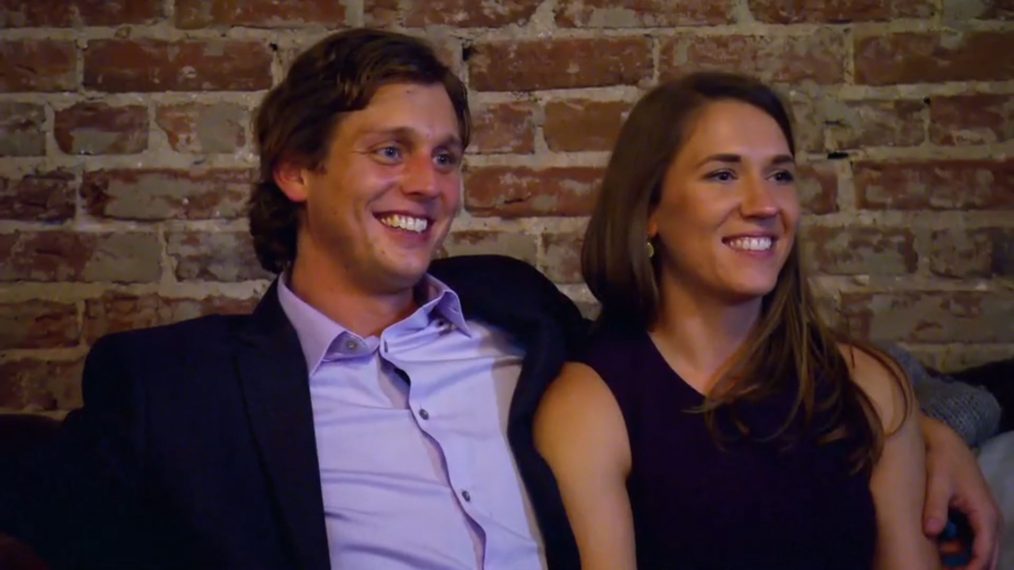 This week, the couples of ‘Married At First Sight’ celebrate their first-month anniversary, which is a pivotal moment since they are already halfway through their journey in the season. While some pairs look forward to celebrating many such occasions in the future, for others this might be the last event during the social experiment.

So have you watched this week’s episode yet? If not, scroll down to our brief recap section at the end. If yes, let’s prepare for the upcoming episode. The next week’s episode will give us further insights into the couples’ journeys. Read on to know all about ‘Married at First Sight’ season 10 episode 12.

Married at First Sight Season 10 Episode 12 Release Date: When Will It Premiere?

Its official synopsis goes as follows: “All five couples sit down to take a hard look at their marriages and decide what it will take for them to stay committed until decision day; some couples can’t wait to recommit, but for others, the deal-breakers may prove too much to handle.”

Where to Watch Married at First Sight Season 10 Episode 12 Online?

In episode 12’s sit-down with the five couples, what we know until now is that Meka and Michael’s future does not look promising. Not only are his claims about his profession fishy, Meka also finds out that he does not even teach in the yoga class where he said that he is a teacher. The same can be said about Zach and Mindy, after Mindy discovers her husband’s secret messages with her friend Lindsay.

On a positive note, we are hopeful about Katie and Derek, as well as, Jessica and Austin, who have displayed maturity and understanding throughout their journey. And obviously, there is almost no hope for Brandon and Taylor, who seem to be just a few days away from saying their final goodbyes.

Well, episode 11 starts off with Michael cooking breakfast for Meka. Michael is overly enthusiastic because his morning spread is his favorite meal of the day. But Meka appears not-so-appreciative of her husband’s efforts as she hates breakfast time. On the other hand, Austin surprises Jessica with wine, flowers and a crafting project. The duo creates a beautiful sculpture with their hands and decides to keep it as a souvenir.

Zack and Mindy spend some time at the ice rink. Later, Michael takes Meka on a romantic boat date and both of them exchange thoughtful gifts. Taylor and Brandon get together at a nail salon to sort out things, which well, does not end on a good note. Katie and Derek get into a major argument while Jessica and Austin’s date includes the former’s favorites, including sunflowers, candles, and dinner.

Mindy and Zach also meet for dinner and when Mindy asks Zach about his distant nature, he says that she has been dishonest. But he does not reveal anything beyond that. Katie and Derek discuss their argument during the anniversary date and decide that they need to work on their anger issues. In another scene, Zach reveals to Mindy that he had been talking to one of her friends, Lindsay. When Mindy talks to Lindsay later, she finds out that Zach had been in touch with her friend more often than he had claimed.