Married at First Sight S10 E6: Everything We Know 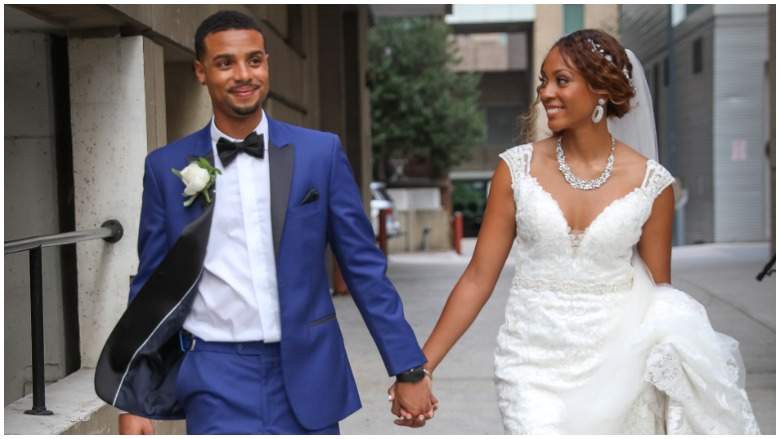 Can science pair you with your life partner? Well, Lifetime’s bizarre social experiment, ‘Married at First Sight’ seeks to answer just that. Currently, in its 10th season, the show’s five couples have already tied the knot and spent their first nights as newlyweds.

This week follows the pairs as they head to the beaches of Panama for a dreamy honeymoon. But tensions are already on the rise. While Taylor and Brandon set off with a steamy start, Meka and Michael’s marriage already seems to have hit rock bottom. Even Mindy and Zach are facing their own challenges.

So have you watched the last episode yet? If yes, you should know that the show is all set to air its next episode. Let’s see how and where you can watch episode 6 of ‘Married at First Sight’ season 10.

Married at First Sight Season 10 Episode 6 Release Date: When Will It Premiere?

Where to Watch Married at First Sight Season 10 Episode 6 Online?

You can also watch the released episodes online by logging into Lifetime’s official website. If you don’t have cable, you can live-stream the episodes on your computer, phone, Roku, Fire TV, Apple TV or other streaming devices on subscription services such as FuboTV, PhiloTV, and Directv.

Episode 5 is titled ‘Trouble in Paradise’, and aptly so. Tensions are already brewing between the recently married couples after they land in Panama for their honeymoon.

When Michael and Meka reach the hotel, the former tells his partner that avoiding physical intimacy might tear them apart. This infuriates Meka and makes her doubt her husband’s intentions. She even decides to take a separate room. Later, Meka is seen dining with the other couples and does not have her ring on. That’s a bad sign, right?

Katie and Derek seem to be doing really well and it appears they are truly drawn toward one another. Derek even makes arrangements for champagne and rose petals to surprise his wife. Even Taylor and Brandon attempt to add some spice to their romance by spending some intimate time in their hotel bathtub. But soon, a fight breaks out, with Taylor accusing Brandon that she does not appreciate someone disrespecting her.

Again, Zach and Mindy are busy exploring Panama while trying to get to know each other. They might also be trying to get along but their chemistry is definitely missing. Although the couple has said that they are giving each other time, it seems Mindy’s insecurities may push Zach away in the near future.