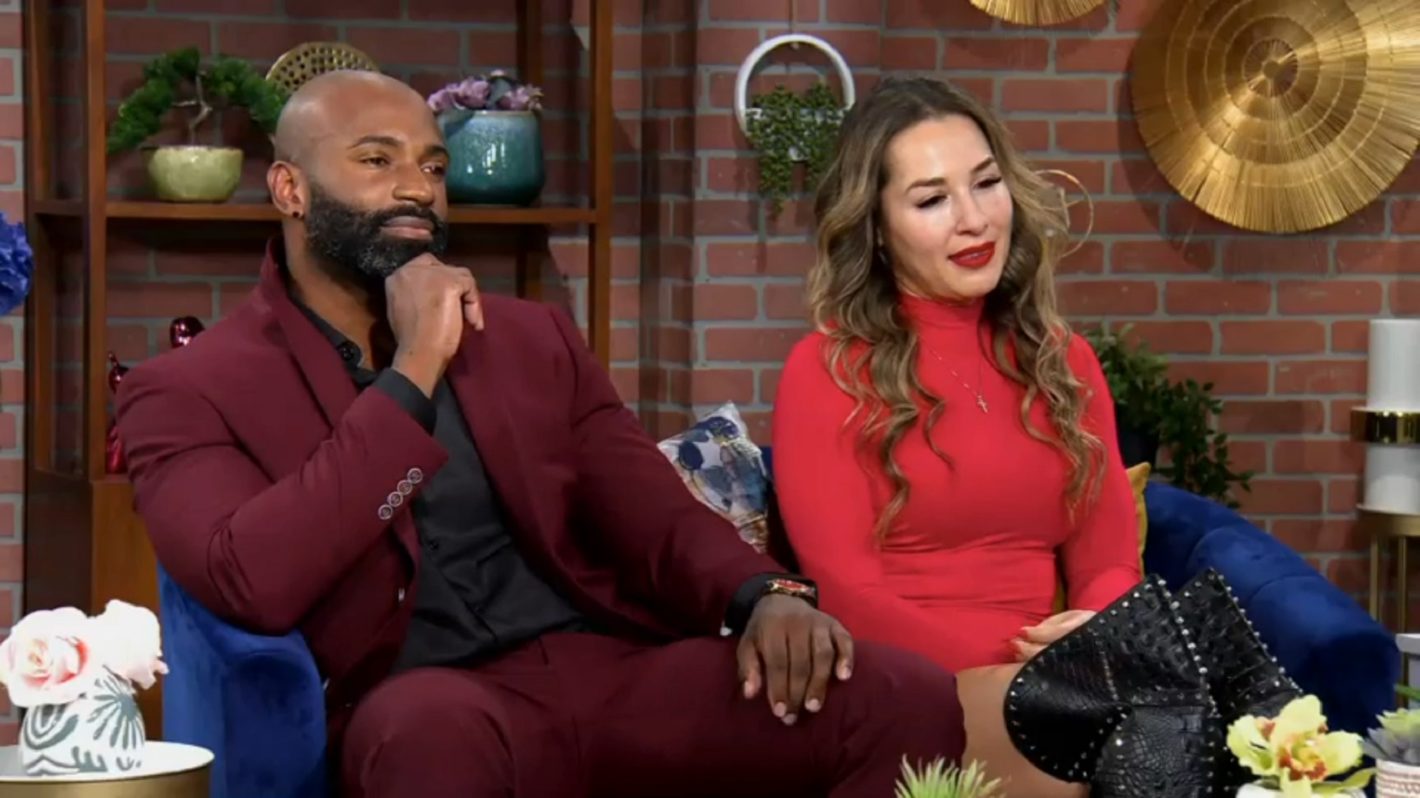 In the first Reunion episode of ‘Married at First Sight’ season 13, the couples gave us a quick update on their current lives post “Decision Day.” Kevin Frazier made sure he asked the right questions and addressed existing issues between the couples. Most of them have parted ways, and we’re curious to know what exactly drove them to their decisions. If you need to jog your memory, there is a recap for Reunion Part 1 laid out at the bottom. Now, we’d like to prepare you for Reunion Part 2!

‘Married at First Sight’ season 13 episode 18, i.e., Reunion Part 2, is scheduled to release on November 24, 2021, at 8 pm ET on Lifetime. The show rolls out new episodes every week on Wednesdays, and the current season has 19 episodes.

Fans can watch ‘Married at First Sight’ season 13 reunion part 2 on TV by tuning in to Lifetime at the date and time specified above. To watch the episode later, you can log in to Lifetime’s official website or the Lifetime app. Moreover, live-streaming options are available on DirecTV, Sling TV, Fubo TV, Hulu+Live TV, Philo TV, and Xfinity.

Apart from using the aforementioned options, the latest episode can also be rented or bought on VOD platforms such as iTunes, Amazon Prime Video, YouTube, Vudu, Google Play, and Microsoft Store. In addition, Hulu subscribers can watch seasons 5-11 right here.

The eighteenth episode is titled ‘Houston Reunion, Part 2.’ It will feature Johnny and Bao, as we catch a glimpse of how they are faring in the present moment. The two undoubtedly have been through lots of hurdles and setbacks throughout the course of their marriage. Johnny’s blatant disregard for Bao has been a frequent topic in season 13, and we hope to see Kevin bring it up in the upcoming episode. Apart from that, Zack and Michaela will have an intense confrontation which could most certainly escalate to a heated argument.

The seventeenth episode, titled ‘Houston Reunion, Part 1,’ obligated the five couples to sit for an intense discussion with moderator Kevin Frazier. He started off with a question directed at Rachel and Jose’s “lock-out” incident. Jose admitted his mistake, and Rachel further stated that they’re going strong despite breaking up for a month after Decision Day. Brett and Ryan got divorced on neutral terms, but the sit-down revealed that Brett was seemingly seeing someone during his marriage with Ryan, although he denied that.

Gil and Myrla also have separated, much to Gil’s disappointment. Two weeks after they moved in together, Myrla didn’t feel happy, which caused the end of their relationship. However, Gil is still heavily lovestruck despite Kevin reassuring him that he will find someone else. Besides the chemistry between the couples, the men also established deep ties with each other. Zack and Johnny were tight throughout the season, while Joe found a good friend in Johnny as well. The couples more or less ended their marriages on good terms except for Michaela and Zack, who couldn’t even face each other for the reunion.

Michaela acknowledged her anger issues that partially led to their breakup, along with the fact that they are fundamentally different people at heart. She further felt betrayed by Zack on Decision Day because he had falsely promised to be in a relationship with her even if they got divorced. Zack, however, denied these accusations and also stated that her aggression was too much for him to take in. That is when Michaela took the stage and surprised Zack as the episode ended.