When Will Married at First Sight Season 10 Premiere on Lifetime? 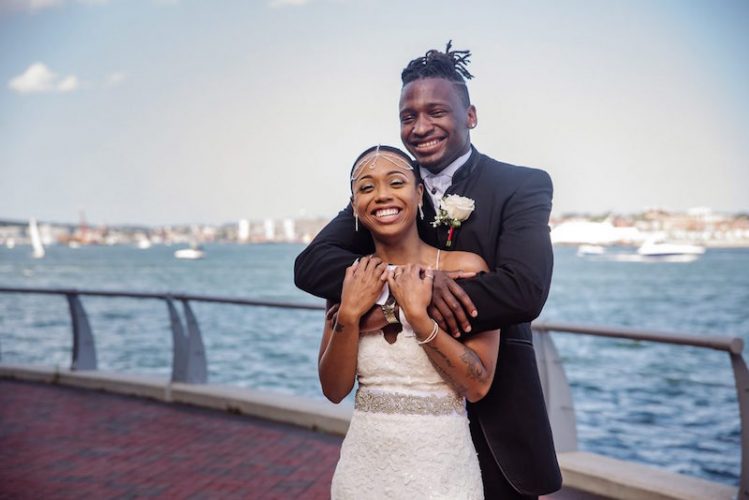 A pretty old show, Season 1 of the show premiered on July 8, 2014, and found takers all over the world. Since then the show has seen a whopping nine seasons being aired. Now the question is, when will ‘Married at First Sight’ season 10 come out? Here’s everything you need to know about its next season.

Married at First Sight Season 10 Release Date: When will it premiere?

The good news for fans is that Lifetime has already renewed the show for the next two seasons. ‘Married at First Sight’ season 10, like previous even-numbered seasons, is slated to premiere on January 1, 2020, at 8/7c. It should wind up sometime in May 2020.

What’s more? Season 11 will be set in New Orleans, Lousiana, and is expected to be released around June 2020.

Married at First Sight Cast: Who’s in it?

Being a reality show, ‘Married at First Sight’ has a set of participants and a set of relationship experts.

As far as the relationship experts are concerned, the show has seen quite an amount of shuffling across the years. For the first three seasons, the experts were clinical psychologist Dr. Joseph Cilona, sociologist Dr. Pepper Schwartz, sexologist Dr. Logan Levkoff, and humanist chaplain Greg Epstein.

From the fourth season onward, the line-up was changed and comprised Dr. Pepper Schwartz, communication and relationship expert Rachel DeAlto (up to season 6), and pastor and marriage counselor Calvin Roberson. DeAlto was replaced by Dr. Jessica Griffin, who stayed up to season 9. Schwartz and Roberson will make a comeback in season 10 as well. But Griffin will be replaced by psychotherapist Dr. Viviana Coles in the upcoming installment.

Each season has had six to eight participants to date. In Season 10, we meet 10 more participants, i.e. five couples, from Washington DC. They are Katie & Derek, Jessica & Austin, Taylor & Brandon, Mindy & Zach, and Meka & Michael. All of the featured couples are willing participants.

Katie is from a divorced family and has three brothers. She considers her dad to be her hero. Derek is from a military background and is also a child of a divorce but he understands the value of a closely-knit family. While Jessica is a child of parents who has been married for 35 years, Austin is also from a loving clan and is searching for the right partner.

Taylor’s role model is her mum and she has recently come out from a long-term relationship. Brandon is a man of strict family values and is looking for a soulmate who puts family above everything else. Mindy believes in a fairytale ending although she has had her share of wrong men in the past while Zach has been raised with traditional Southern values.

Finally, Meka, who has been raised by a single mom, is the eldest among her siblings and is searching for the right person with whom she can share her life. Michael also comes from a tight-knit family and is waiting for the perfect partner.

What is Married at First Sight About?

‘Married at First Sight’ follows the trials and tribulations of newlywed couples who marry at first sight. Over the years, the show has been set in different locales – Seasons 1 and 2 were based in New York City and Northern New Jersey, Season 3 was set in Atlanta, Georgia, Season 4 in Miami, South Florida, Season 5 in Chicago, Illinois, Season 6 in Boston, Massachusetts, Season 7 in Dallas, Texas, and Season 8 in Philadelphia, Pennsylvania. Season 9, was set in Charlotte, North Carolina. Season 10 will be set in Washington DC.

As far as the format of ‘Married at First Sight’ is concerned, the show has kept the format the same through all the seasons thus far. The show starts off with the couples who are paired up by relationship experts and who agree to marry after they first meet. After getting married, the newly-married couples spend their wedding night at a hotel before heading out for their honeymoons.

Once they return from their honeymoons, the couples live together for eight weeks as husband and wife. After these eight weeks elapse, the couples have to take a decision on whether they want to stay married or get a divorce. This format of the show gives viewers a glimpse into the lives of the newly-married couples as they try to adapt to their partners and their families, and the finale of each season focuses on momentous decisions which the couples have to take on their marital lives.

Season 10 begins by introducing us to five couples, who “have only two weeks to plan their weddings, celebrate their final days of being single, and reveal to their family and friends that they are getting married to a stranger! And when the time finally comes to tie the knot, will one groom be left at the alter when his bride-to-be gets a call from her ex-boyfriend asking her not to go through with it?”

While reviewing Season 1 of ‘Married at First Sight’, The Hollywood Reporter wrote, “The appeal of this “radical new social experiment” is, naturally, in the train-wreck nature of its proceedings. And while the show’s participants mostly seem genuine, if somewhat deluded, it’s the experts who are really to blame for making any of this seem even remotely viable as an experiment or otherwise. If the couples decide to stay married after the initial month, one can assume it’s only because they’re still shell-shocked at what they’ve just done.”

The AV Club, however, was more kind to the show, writing, “As much as the audience might want the couples to work through their initial reservations and sprint toward a storybook conclusion, every episode is a frustrating combination of peaks and troughs…What keeps them going is the idea that they were deemed objectively compatible, and in their moments of despair, the participants often repeat “The experts matched us for a reason” like a mantra.”

While critics have not been particularly kind towards the show, viewers seem to have been more kind towards it, and ‘Married at First Sight’ enjoys a decent rating of 6.3/10 on IMDb.

You can check out a preview clip from season 10 right here.