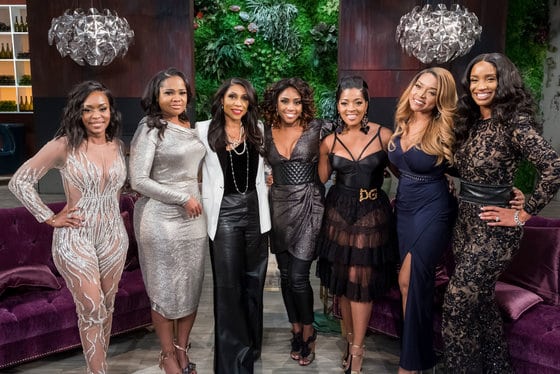 ‘Married to Medicine’ is an American reality television series that airs on the Bravo network. Created by Mariah Huq, the show chronicles the lives of a group of women in the Atlanta medical community who are either doctors themselves or are married to doctors. The show follows them as they try to balance their work lives, social circles, and their family lives.

‘Married to Medicine’ first made its debut way back on March 24, 2013. The first season saw an average of over 1 million in viewership in the age group of 18-49 in the US, becoming one of the Bravo network’s highest-rated non-franchise series. Understandably, Bravo wasted no time in renewing the show for a second season, which went into production in September 2013.

With the last season having concluded, fans are excited to know the details of the upcoming installment. Here’s all we know about ‘Married to Medicine’ season 8.

Married to Medicine Cast: Who’s in it?

However, the end of Season 1 saw the departure of Kari Wells (although she later returned in guest appearances), and Season 2 saw the introduction of Dr. Heavenly Kimes, who has since then been part of the main cast. Lisa Nicole Cloud was also introduced in Season 2 and stayed with the show until the end of Season 4.

In Season 5, Dr. Contessa Metcalfe was introduced as a main cast member. In season 7, Buffie Purselle joined the lead cast. She is a tax and personal finance professional and is married to Dr. David Purselle.

What is Married to Medicine about?

‘Married to Medicine’ follows the lives of the main cast as they try to find the perfect balance between work, having a social life, and having a fulfilling family life. However, being a reality show, there is always drama around the corner.

Season 6, in particular, sees a whole lot of drama as cracks begin to appear in the marriage between Quad and her husband Dr. Gregory, while relations between the ladies also start getting strained. The season begins with Quad getting caught in a cheating scandal, and ends with an explosive confrontation between her and her husband.

Season 7 continues to intensify the drama. On a bit of a controversial note, Mariah confesses that she is not happy with how the show is edited and presented to viewers. She especially mentions the Ramadan incident, which was highly publicized. According to her, neither the show nor her peers respect her family’s different way of life.

On the other hand, while some of the ladies are ready to welcome changes and attempt to repair relationships, others have lost all hope. We expect the show to cover these unanswered questions in the next season.

In terms of reception, the show has evidently failed to create a lasting impact on audiences, as it enjoys a very mediocre rating of 5+/10 on IMDb.

Married to Medicine Season 8 Release Date: When will it premiere?

With a lot of unfinished business left uncovered in season 7, we are sure that the series will have to make a return with another season. As for a release date, the show has followed a predictable, annual debut schedule. If the makers adhere to the title’s previous timelines, ‘Married to Medicine’ season 8 should premiere sometime in September 2020.

We will be keeping an eye out about news pertaining to the production and a concrete release date of Season 8. We will update this section with the relevant information once it surfaces. So, do check back from time to time to keep yourself up-to-date with the future of the show.

You can check out the trailer for ‘Married to Medicine’ Season 7 below: