When Does Married to Medicine: Los Angeles Return to Bravo? 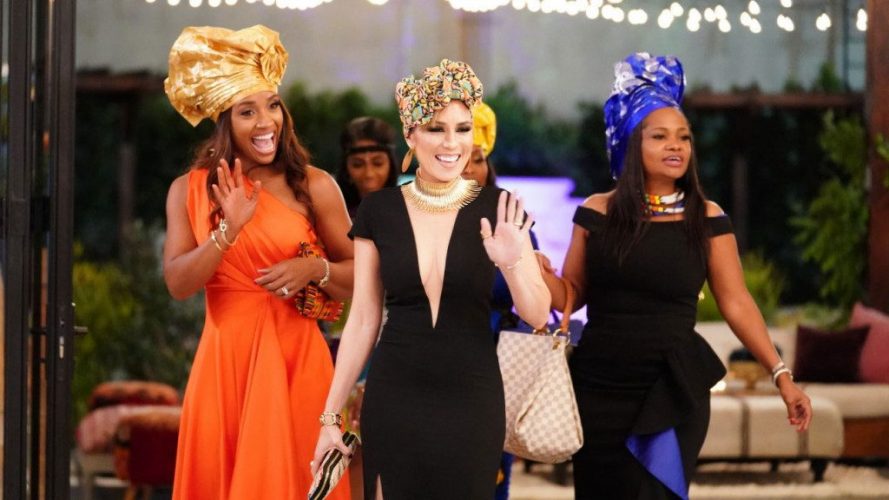 What does it take to be a doctor or to even be a spouse of one? Most of us wonder how the people who are responsible for human lives on a daily basis manage to balance their lives with work that is always so challenging, both mentally and physically. This is exactly what Bravo’s series ‘Married to Medicine: Los Angeles’ is about. The show actually is a spinoff from their original ‘Married to Medicine’ series which focuses on a similar group of people in Atlanta. In 2016, Bravo had launched another such spinoff, ‘Married to Medicine: Houston’.

The LA version moves to the west coast in the city of angels where viewers are offered a fresh perspective into the African-American medical professionals in LA. We get to see how they lead their lives, deal with family, friends, and social circles while either being a doctor herself or supporting her spouse who does that as a profession. The medical community is really small in Los Angeles and the show caters to fans of the original ‘Married to Medicine’ series. After a successful first season, here’s when ‘Married to Medicine: Los Angeles’ season 2 will premiere on Bravo.

Married to Medicine: Los Angeles Season 2 Release Date: When Does it Premiere?

As far as the next season goes, here is the good news. In December 2019, Bravo announced that the show was renewed for its second edition. ‘Married to Medicine: Los Angeles’ season 2 is slated to premiere on May 3, 2020, at 9 pm ET.

Season 2 of ‘Married to Medicine: Los Angeles’ focusses on returning stars from season 1 — Dr. Imani Walker, Shanique Drummond, Jazmin Johnson, and Dr. Britten Cole. Dr. Walker is a well-established psychiatrist. Walker sees people with extreme mental troubles every day. She is a tall woman with a sharp tongue and lives with her husband and son.

Dr. Britten Cole is friends with Dr. Contessa Metcalfe who had earlier appeared in the original ‘Married to Medicine’ series. Both of them had worked in the Navy together. Dr. Cole is an anesthesiologist and has troubles with her husband as he does not want to be in LA. They had moved to LA for Cole to take her career a step further. She is also the mother of two children.

Shanique Drummond and Jazmin Johnson are the two women in the group whose husbands are doctors. Drummond is a real estate manager while her husband is an urgent-care physician. She balances her life pretty well between her full-time job and her family where she has two children. Jazmin Johnson was introduced to the others by Drummond. Wife of a successful psychiatrist, she also pursues photography as a hobby. The thing about Johnson is that she believes the other members of the group do not respect her as much, and thus she has not yet bonded well with everyone else.

In season 2, we have two new additions — Dr. Kendra Segura and Lia Dias. While Segura is an OB-GYN, a first-time mom, and wife to the internist, Dr. Hobart, Dias is an entrepreneur who is married to a psychiatrist and lives with her three kids in Beverly Hills.

What Can Married to Medicine: Los Angeles Season 2 be About?

The show follows the aforementioned women and tries to give the audience a better understanding of how African-American women based out of Los Angeles and involved with the medical field balance their life and work. The show follows their professional lives where they have to take care of patients with serious conditions and the troubles they might face in doing so. We also get to know about how the rest of LA treats African-American doctors, how they gel with their colleagues. This busy schedule gives birth to conflicts and problems in their personal lives as well.

In season 2, Dr. Imani Walker’s husband moves out of state to start a new business. According to rumors, their relationship is on crossroads. Dr. Britten Cole is also facing issues with Mack Major after their cross-country move. Shanique Drummond wants to enter a career in real estate while tending to her two kids and a busy husband. Jazmin Johnson attempts to build her concierge business.

Check out the first-look trailer for season 2 right here.