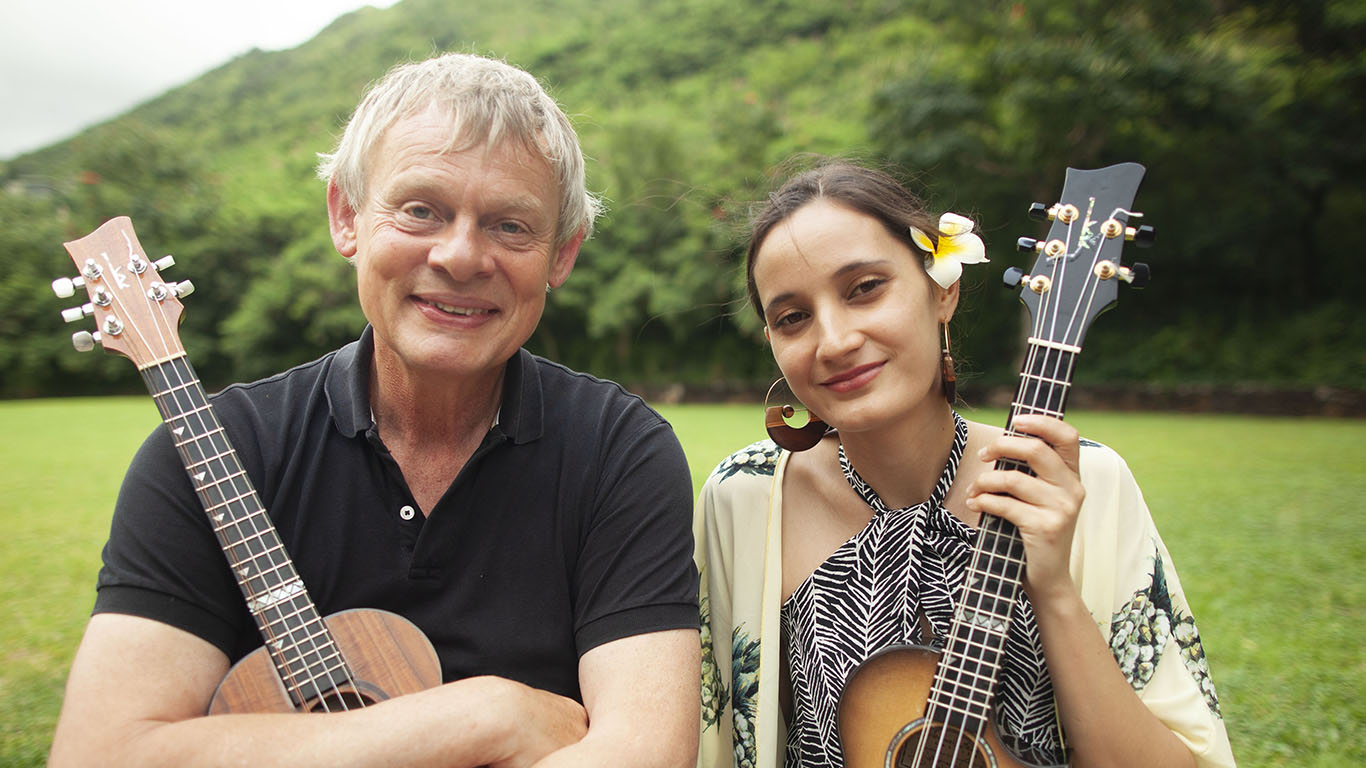 When people think about America, they usually associate the country with huge cities, skyscrapers, cars, and Hollywood. What we usually do not get to see is the natural beauty of the country. America has a number of stunning places which do not get much coverage on the media. There are many viewers who want to look at the country in a different way, out of the hustle and bustle of the busy city life, and into the heart of the country. Keeping this exact idea in mind, ITV’s series ‘Martin Clunes Islands Of America’ takes us on a journey throughout the country, showing us the major islands of America, and the lifestyle of the people who inhabit these areas.

After the popularity of the series since its release on ITV, Acorn TV bought the rights for ‘Martin Clunes Islands Of America’. Bill Jones and Philippa Braithwaite are the executive producers of the show. Ian Leese is the series producer. The first and the third episodes are directed by Leese while the second and the fourth episodes are directed and produced by Tom McCarthy.

Martin Clunes: Islands Of America Cast: Who is in it?

The only constant member of the cast in this series is the host, Martin Clunes. Clunes is a famous British actor who can be seen in shows, ‘Doc Martin’ and ‘Men Behaving Badly’. Clunes is the nephew of another famous British actor, Jeremy Brett, who became famous worldwide for playing the famous detective Sherlock Holmes. Clunes started his career on the stage, and then went on to act in numerous BBC shows. Clunes can be seen in the Oscar-winning film ‘Shakespeare In Love’ where he plays the character Richard Burbage. The other people who are the most important part of this series are the natives who live on the islands that Clunes visits. These people are away from the glitz of the spotlight. They live their lives pretty simply, and the contrast that their lives pose against the American pop culture that feeds us constantly is truly an eye-opening experience.

Martin Clunes: Islands Of America Plot: What is it about?

The coast of America is home to various islands with a variety of people living on them. Actor Martin Clunes takes us on a journey across these islands and makes us meet these interesting people who inhabit them. We get to know the numerous problems they face in their daily existence. This is not the first time Clunes is going out on a trip across several islands. Before this series, Clunes also took his viewers through the islands of Australia and England.

Regarding his inspiration behind the series, Martin Clunes said, “Everyone has an image of America: A land of big shops, bright lights, and asphalt highways stretching right across the continent. But there is another America – and I set out to find it. I wanted to look beyond corporate America and discover the other United States, out past the mainland margins, and what life is like on these unique and diverse islands. On this island journey, I meet men and women who’ve lived through many of nature’s worst extremes. And it seems one thing they all share is profound wisdom about these challenges.”

Clunes travels a distance of 10,000 miles on this journey, and his travels range from the hot and green islands of Hawaii to the icy cold parts of Alaska. But when he goes to Hawaii, Clunes does not go to popular places that are usually crowded by tourists. Instead, he visits the native dwellers and listens to their problems. The charm surrounding Hawaii evaporates when we come to know about a deadly volcanic eruption that claimed many local lives. There are hundreds of people who lost their homes due to the earthquake and only live off the charity of others. Another island he visits in Hawaii is Molokai. There, he visits a valley which is one of the oldest continuously inhabited places on the earth. In the valley, he comes across a man whose family has been living there, despite facing many natural hardships. A completely opposite event is witnessed when he visits the cold Arctic areas of Alaska. There, he comes across the Kodiak bear, the largest brown bear on the planet.

Martin Clunes: Islands Of America Season 2 Release Date: When will it premiere?

There is no official trailer for the series. However, you can check out this small excerpt from Season 1 to get an idea of how the show pans out: