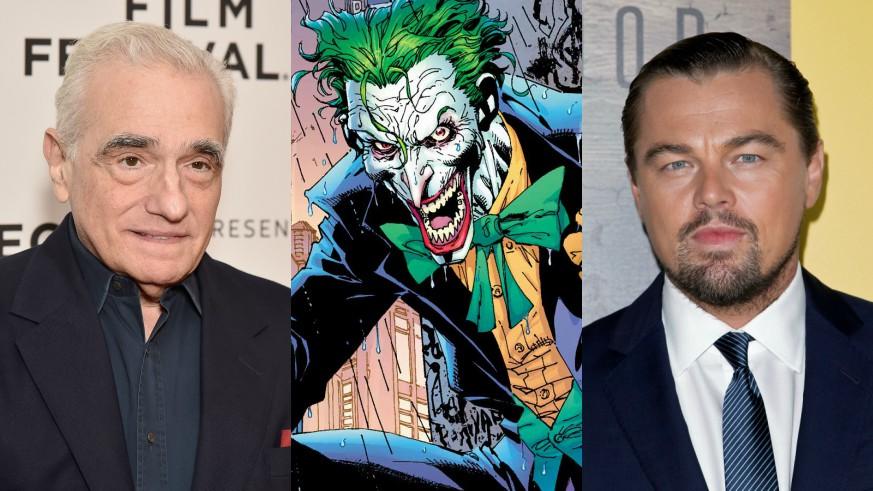 Warner Brothers made news last week when they announced that they have approached Todd Philips (The Hangover) to direct a Joker origin movie that will also be co-produced by — hold your breath — Martin Scorsese. That is hugely surprising since Scorsese is has never shown any interest in movie franchises or superhero stuff. But it seems like THR has uncovered the reason why Warner Bros. wants to rope in Martin Scorsese as the producer of the film. Yeah, you guessed it right: because of his closeness to Leonardo DiCaprio, who is being courted by Warner Bros. to star in the film.

That is very interesting because if you see Leo’s record, he is probably the only major star who has never worked in any comic-book film. Will that change? We don’t think so. Nor does the industry sources who believe that it is going to be very difficult to convince Leo to star in a comic book film, even if it is the role of Joker. For one, we don’t see how Leo, as good as he is, can top Ledger’s iconic The Dark Knight role. And since the comparisons are inevitable, it makes sense for Leo to completely ditch the idea.

DiCaprio, 42, as we know, prefers A-list directors Christopher Nolan (Inception) and Alejandro G. Inarritu (The Revenant, for which he won his Oscar), Martin Scorsese (The Aviator, Gangs of New York, The Departed, Shutter Island and The Wolf of Wall Street). And let’s make it clear, Todd Philips is a good director, but he still isn’t in the same league as aforementioned names.