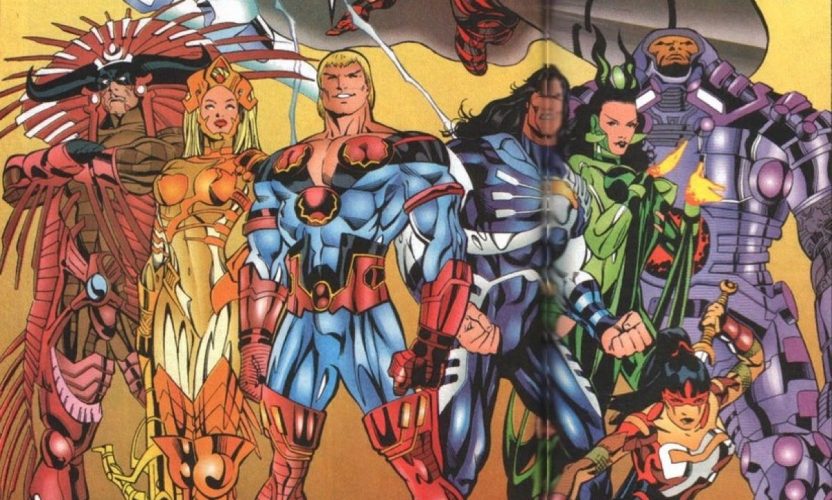 Marvel Studios President Kevin Feige has confirmed that an LGBT superhero is ‘percolating’ in the Marvel Cinematic Universe. In an interview with ET, Feige spoke about this as well as some much-wanted projects. ET‘s John Boone asked Feige about four very specific things in the MCU – a movie on Kamala Khan, the Pakistani American superhero who currently wears the mantle of Ms. Marvel in the comics, a Nova movie, an LGBT superhero and another Marvel movie directed by Taika Waititi.

When Feige was asked which of these would be likely to transition to reality the soonest, he had a very informative answer. Feige said, “I think all of those are percolating and — let’s put it this way: They’re all percolating. I do want to keep the focus on this one and on the immediate future, but everything you just named are percolating, some closer than others”. Notably, with ‘Captain Marvel‘ out in the theaters, and ‘Avengers: Endgame‘ about to arrive on April 26, 2019, ending the current phase of MCU films, there have been plenty of rumors surrounding the future of Marvel films. One of these rumors has been about Marvel looking to introduce its first openly gay superhero, and the most likely bet is that Ikaris of the upcoming Chole Zhao directed ‘The Eternals‘ movie, is likely to be portrayed as an LGBT hero. Notably, the shooting for ‘The Eternals’ is scheduled to begin this September. Although there has been no official confirmation about Ikaris being gay, Victoria Alonso, Marvel’s production chief, also backed up Feige’s statement as we had reported. She said, “The world is ready”. Then Alonso asserted her point, continuing, “Why wouldn’t we be? Why wouldn’t we be? I’m so passionate about this I’ve got to tell you. Our entire success is based on people that are incredibly different. Why wouldn’t we? Why would we only want to be recognized by only one type of person? Our audience is global, is diverse, is inclusive. If we don’t do it that way for them, we will fail. If we don’t put pedal to the metal on the diversity and the inclusivity, we will not have continued success. Our determination is to have that for all of the people out there watching our movies”.

Notably, ‘The Eternals’ would be perfect for the MCU to break ground with a gay superhero since they are a lesser known team. Feige had earlier said as much, affirming that this made the team perfect for big screen treatment. He said, “Your reaction about not being familiar with the Eternals is perfect, because most people weren’t familiar with Guardians [of the Galaxy] and believe it or not there were people that were not familiar with Avengers or with Iron Man. So for us, its finding great stories whether people have heard of them or not and bring them to the big screen in as amazing a way as we can.” While all of this sounds highly exciting, fans will have to wait around a bit till the percolation transitions to an official announcement. Of course, this will not happen until MCU releases the two films they have in their pipelines, vis a vis, ‘Avengers: Endgame’ and ‘Spider-Man: Far From Home’.

Feige said as much to The Wrap, saying, “Anna [Boden] and her directing partner, Ryan [Fleck, Captain Marvel directors], did an amazing job, and made the movie what it is, so yes, so we did believe it was very important that this story be told with a female voice behind the camera, many female voices behind the camera in this case,” said Feige. “It’s all about going forward. We won’t discuss anything past Endgame and Spider-Man: Far From Home, but there are many things coming.”