The Marvelous Mrs. Maisel Season 4: Everything We Know 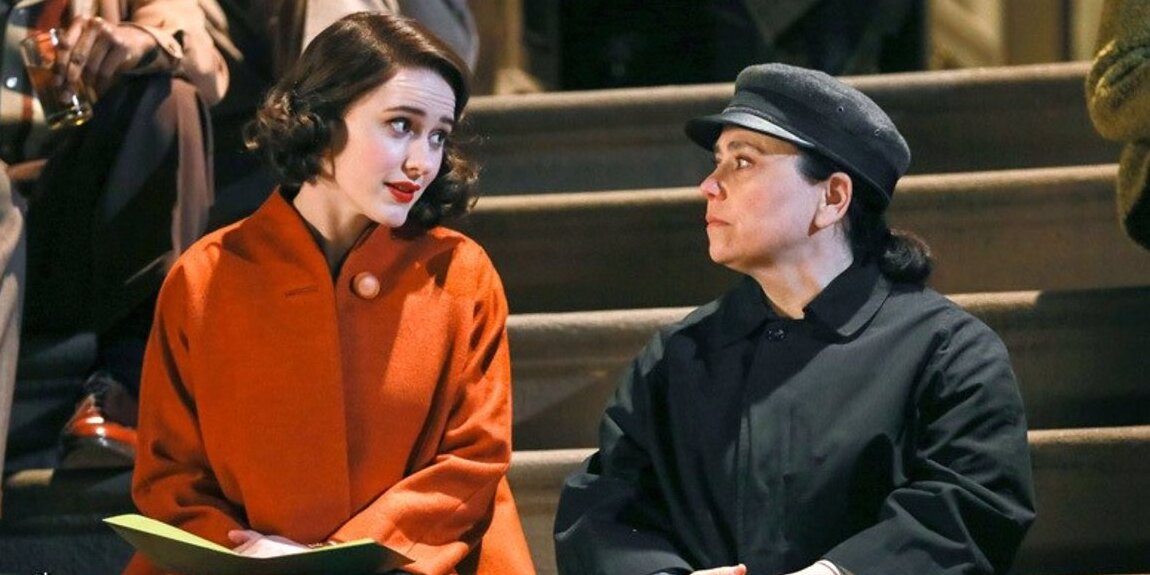 Created by Amy Sherman-Palladino of ‘Gilmore Girls’ fame, ‘The Marvelous Mrs. Maisel’ first released on March 17, 2017. Set in the late 1950s and early 1960s, the comedy series revolves around a housewife who decides to pursue her passion as a stand-up comedian. The critically acclaimed period drama has won prestigious awards such as the Golden Globe Awards and Primetime Emmy Awards.

The critics appreciated the performances from the lead cast members, the sharp comedy, and the vibrant portrayal of New York in the 50s and 60s. The production design and the costumes make the series all the more memorable. So, if you are on the lookout for news regarding the fourth season, here is everything we know!

‘The Marvelous Mrs. Maisel’ season 3 premiered on December 6, 2019, on Amazon Prime Video. The third season comprises eight episodes that run for 48-76 minutes each.

As far as the show’s fourth installment is concerned, you would be happy to learn what we’ve got to share. On December 12, 2019, the series was greenlit for a new cycle. The announcement came only a week after season 3’s debut. The news is not surprising, given that the show has been one of the most popular titles on Amazon Prime Video.

Although the series was given the go-ahead in December 2019, the production for season 4 could only begin in January 2021 due to challenges posed by the pandemic. The fans have been waiting patiently for the upcoming cycle, and it looks like we are inching closer to the season 4 premiere since filming reportedly wrapped up in July 2021. However, no release date has been announced yet. Seasons 2 and 3 arrived in December 2018 and 2019, respectively, so there is hope that the new season might hit the screens by the end of 2021 if the production team is able to keep things going well in time. If that happens, we can expect ‘The Marvelous Mrs. Maisel’ season 4 to release sometime in Q4 2021.

If you are worried about whether or not the show might come to an end after season 4, you would be happy to know that Amy Sherman-Palladino already has plans for future seasons. According to the series creator, the writers know how they want Midge’s story to close, but they are not sure how many seasons that might take. Back in 2017, The Hollywood Reporter had asked her about the number of editions the show might have. Sherman-Palladino responded, “I think we know what our trajectory is for the first four to five seasons. And then I just want to see if I’m still breathing at that point.” So you can rest easy for now since the possibility for season 5 is looking good.

A host of actors have been added to the cast. Kayli Carter, Jackie Hoffman, and Allison Guinn are set to appear in recurring roles. Whereas Milo Ventimiglia, John Waters, and Kelly Bishop will be seen in guest roles. However, it is yet to be known what characters will these actors be playing in the upcoming iteration of the series.

In the period-comedy-drama, Midge’s character has been compared to big names in the comedy world, such as Phyllis Diller and Joan Rivers. Sherman-Palladino confirmed that the titular character exists in the same world as Phyllis Diller and even said that Joan Rivers would be a part of the show in the future. Therefore, we might see fictional versions of these legendary women in the Amazon series.

The Marvelous Mrs. Maisel Season 4 Plot: What is it About?

In season 3, Midge’s professional life looks promising. Moishe even agrees to sell Midge’s apartment back to her after she bags a tour contract with Shy Baldwin. On the other hand, Susie pays off her debts with the money Midge earned. In a desperate attempt to regain the lost money, Susie and her sister commit insurance fraud by burning down their mother’s house. Susie hands the responsibility of Midge’s finances to Joel. By the end of the season, Midge is asked to open for the iconic comedian, Moms Mabley, at Apollo Theater. But Midge manages to make a mess of things after almost outing Shy to the audience. This results in her being kicked off the tour.

The upcoming season is likely to pick up from where season 3 ends. Midge is unaware of Susie’s gambling problem and the fact that her manager has lost most of the hard-earned money that was meant to be the down payment for her old apartment. Despite being fired by Shy, Midge and Susie will continue to travel. We will also see more shades to the relationship between Midge and Rose. There will be a little time jump, and the events in the series will move to the 1960s.