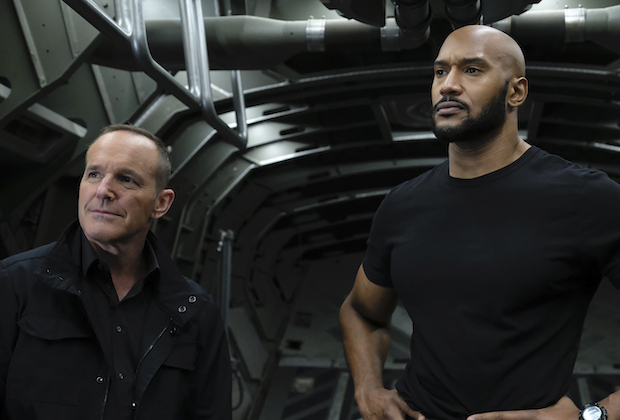 ‘Agents of S.H.I.E.L.D.‘ has had a fantastic Season 7, with time travel featuring heavily. After the initial adventure of skipping through timelines, the mode of travel became dangerous, as the past couple of episodes have shown. The mystery about the time jumps has increased, as has the threat from the Chromicom-Hydra alliance. Curious to find out what happens in the latest episode? We have the rundown and will tell you when and where to watch the new installment.

Agents of S.H.I.E.L.D. Season 7 Episode 11 Release Date: When Will It Premiere?

The battle is heating up, and there seems to be some side switching going on. While the director of S.H.I.E.L.D. goes rogue, one of the agents has trouble controlling their superpowers. However, the belief that S.H.I.E.L.D. can make the world better by starting to kill people is truly dangerous and must be quashed. Check out the promo below to get a better idea.

Coulson and Mac decide that Malick can’t be given control of the inhuman sanctuary Afterlife, which considerably messes up the timeline. However, when they go back to solve this, they lose to Sybil’s Chronicom knowledge. Much to Daisy’s surprise, Inhuman Gordon teleports Jiaying onto the S.H.I.E.L.D ship. As Jiaying cannot be sent back to the Afterlife, Gordon decides to teleport Coulson instead of her. This turns out to be a grave mistake on his part. Sybil had already informed Malick’s goons about this move, and Gordon gets attacked by them.

Malick starts implementing Gordon’s powers to a man named John Garrett, who appears in this season and is an extremely distasteful substitute for Malick. They run into Daisy and Jiaying where we witness combat. Daisy’s powers fall short in front of this man, which seems too forced an element in the plot. In return to Jiaying’s attack, Malick strikes her in the leg, which gets exaggerated to the point that she dies, and Malick doesn’t even look convincingly injured.

Mack and YoYo can rescue all the captive Inhumans, but Malick and Garrett pay no heed to that. Their only goal on the Zephyr was to capture Simmons, which they have successfully done. Sybill has ordered them to fetch Fitz with the help of Simmons. However, the audience is desperate to see Fitz again, who has not yet made a reappearance. She is one of the most popular characters of the show, and the viewers want a significant plot twist to get her back in the show.