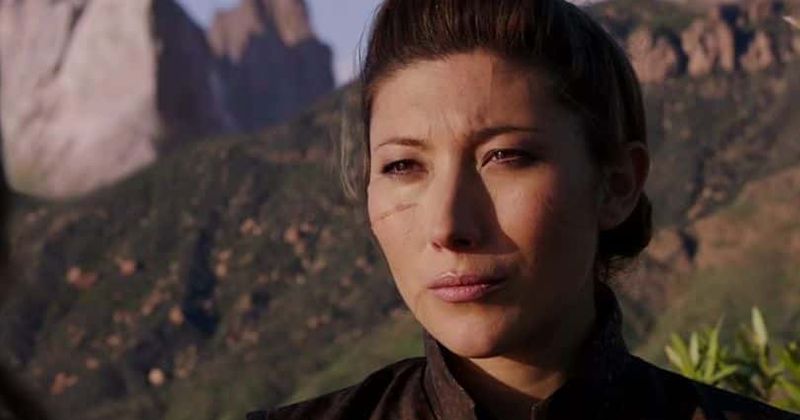 ‘Marvel’s Agents of S.H.I.E.L.D.‘ has been fantastic in Season 7. Time traveling is fun, and the show makes perfect use of the plot device to take us to various ages. We have seen a noirish attempt where the agents try and prevent a member from being assassinated for discovering Hydra has infiltrated their agency. At the same time, we learn some of the dos and don’ts of time travel.

The latest episode shows a wonderful detour to the 80s, where we see Deke recruits his own squad. Mack and Deke figure some things out for themselves, all the while taking down Sybil’s minions. Finally, they are reunited with the rest of the team and head off to new adventures. So, what happens in the latest episode? We have the rundown and spoilers for the upcoming episode.

Agents of S.H.I.E.L.D. Season 7 Episode 9 Release Date: When Will It Premiere?

The upcoming episode seems like a ‘Groundhog Day’ type of event where the agents are stuck in a time storm. This basically means that they go through the same cycle of events each time. Coulson watches them die one at a time, and how they make it out of the loop will form the story. Check out the promo below.

The episode is titled ‘After, Before,’ and that is what we see. There is a short section dedicated to the members who jump ahead with Mack and Deke and realize two agents have been left behind. Once they are united, they decide to fix the Zephyr, so the time jumping problem does not persist. At the same time, they realize that at the rate the Zephyr is going, their time-traveling device will soon disintegrate.

The solution seems to be fixing a part, but Yo-Yo is the only one who can do it. Since her powers seem to be facing a block, the agents are in trouble. Being in the past gives them some advantages, and they go to Jiaying, the Inhuman, who’s Daisy’s mother. She cannot help Yo-Yo, but May’s empathetic powers help her realize why she’s facing the block. As Yo-Yo fixes the system, the operatives are cautiously optimistic that they are no longer in trouble. Just then, the Zephyr time jumps again.