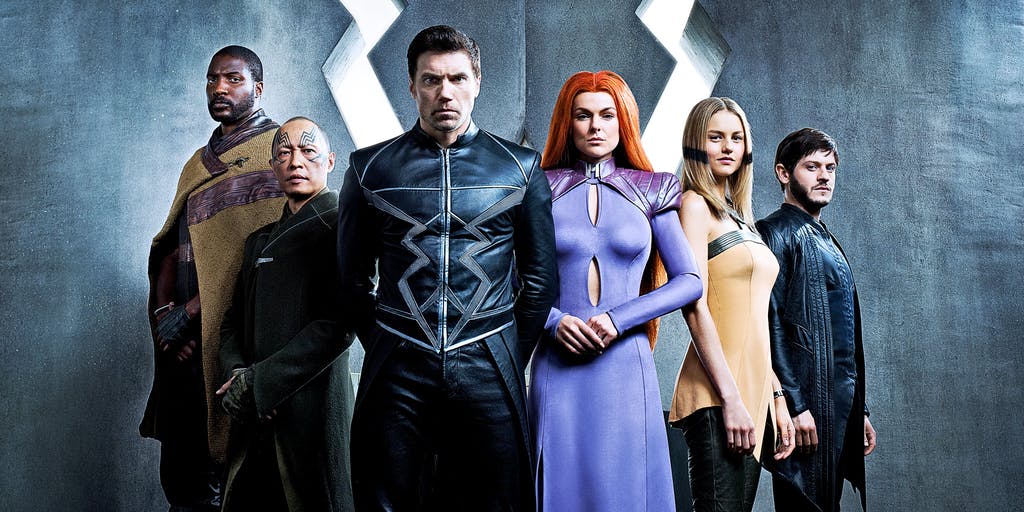 ‘Marvel’s Inhumans’ is an American action and adventure television series, which airs on the ABC. The show is based on superheroes and has elements of drama and science fiction in it. It first premiered on September 29, 2017. The series is based on the famous Marvel Comics, and hence, the story takes place in the Marvel Cinematic Universe. The subject and the storyline resonate with that of its movies so that fans and followers can relate to it better. ‘Inhumans’ is a joint venture project between Marvel and IMAX Entertainment. ABC has produced the show. The series was released on IMAX screens on September 1, 2017, making it the first live-action animation series to be debuted in IMAX.

Notably, the series has been adapted from the comics of Jack Kirby and Stan Lee. It has been made for television by Scott Buck. The show is based on the life and adventures of the Inhuman royal family, a breed of superhuman beings. While Marvel fans flocked to the show, especially since it was broadly tied to the whole of MCU, critics were none too pleased with what it had to offer. They rated it poorly and stated, ” ‘Marvel’s Inhumans’ sets a new low standard for the MCU with an unimaginative narrative, dull design work, weak characters, and disengaging soapy melodrama”.

Marvel’s Inhumans Cast: Who is in it?

The main cast of ‘Inhumans’ includes Anson Mount as Black Bolt. He is the head of the Inhuman Royal Family and the King of Attilan. His superpower enables him to cause destruction using his voice. Even a whisper can bring havoc. The character can be mysterious and unpredictable at times. No one can be sure what is up in his mind. He uses sign language to communicate. The role of his wife, Medusa, is played by Serinda Swan. She is a wise queen, who can control and move her long hair as she wills. No one communicates with the king as she does. Then there is Black Bolt’s cousin and ally, Karnak, who is played by Ken Leung. He is a perfectionist who is also the principal strategist. Black Bolt has another cousin who fulfills the role of the Royal Guard. Eme Ikwuakor plays the role of Gorgon. He can generate seismic waves with the help of his cattle-like hooves. Isabelle Cornish plays the youngest member of the Royal Family, known as Crystal. She is the sister of Medusa and has a few tricks under her sleeve. She can control the elements. Since she is of tender age, she is just learning more of her powers with each passing day.

Another interesting character in the series is Louise. Ellen Woglom plays it. She is an ordinary human who works at Callisto Aerospace Control Center. Her role is not from the comic books and was crafted exceptionally for the series. She is smart and quirky at the same time. Finally, we have Maximus, who is played by Iwan Rheon. Being the brother of Black Bolt, he wishes to be the king of Attilan. All seems to be going well for him until he loses his Inhuman gene when passing through the Terrigenesis process. This made him unworthy in the eyes of other Inhumans, whom he regarded highly. Though he lives in the pity of his brother, he has evil intentions. Apart from the actors, there is a CGI character as well, that is Crystal’s companion, the 2,000-pound canine, Lockjaw, who is capable of teleportation. There are also several recurring and guest characters, who all work towards making the show all the more enjoyable for the audiences.

In the upcoming season, if there is one, hopefully, most of the main characters will return, and we might even get to see new characters of the Inhuman race being introduced or new villains who need to be stopped. The Marvel universe is vast, and the options are innumerable for shows like ‘Inhumans’.

Marvel’s Inhumans Plot: What is it about?

Just like in the Marvel comics, the plot of ‘Inhumans’ tells the story of how the Inhuman Royal Family, an ensemble of superheroes, who belongs to the alien race trying to survive on planet earth. Led by the main protagonist, Black Bolt, the series chronicles the unit’s struggle to keep the humans away from discovering their secret city on the Moon, Attilan. As Maximus, the evil brother of Black Bolt starts a coup, the members of the Royal Family are forced to flee to Hawaii, from where they also try to protect Earth from the antagonist, while saving themselves at the same time. Since the show is based on a time when humans are actively hunting and persecuting superpowered beings among them, the Inhumans have to keep their powers and identities a secret if they want to live in peace.

However, in its attempt to build character and plot, the show manages to spectacularly undercut its own dialogue and presentation in the process. In fact, Maximus is the populist who should be gaining our sympathy, and would almost get it too, if not for the fact that he often resorts to evil, and is played by the same actor who portrayed Ramsay Bolton on ‘Game of Thrones‘. A critic has rightly lampooned the show, stating, ” It’s bad when the show is unprepared to handle the stilted courtly intrigue, but at least it isn’t offensive. When the show tries to wring emotions from a scene of metaphorical rape, it’s much worse. The nadir comes when the pilot utilizes not one but two montages set to dirge-like covers of classic rock hits.”

There are some casting issues with the show, and although it has actors of considerable talent, it seems to have been misused, or not used to the fullest potential. In fact, in my personal opinion, ‘Inhumans’ currently ranks below ‘Iron Fist‘ in terms of the content presented within the Marvel universe. Hopefully, the upcoming season, if there is one, will learn a lesson from its past mistakes, and we will get to witness a better show, with more rounded and deep characters, better dialogue and pacing, and an overall better experience that is more suited to what we have come to expect of Marvel.

Marvel’s Inhumans Season 2 Release Date: When will it premiere?

‘Inhumans’ Season 1 premiered on September 29, 2017. ABC did not renew the show since it was met with low viewership ratings and negative reviews, and in fact, ended up canceling it in May 2018. However, there is no reason to fret, because with Disney launching its own streaming platform Disney+ in November 2019, ‘Inhumans’ could be headed to a new home, which is part of Disney’s larger plan of bringing all Marvel content under one umbrella. If that happens, ‘Inhumans’ Season 2 can release sometime in 2020. We will update this section as soon as we learn more.

While we wait for any positive news on ‘Inhumans’ Season 2, check out the season 1 trailer to refresh your memories. If you haven’t seen the show yet, head over to ABC to catch all the episodes of the previous season.