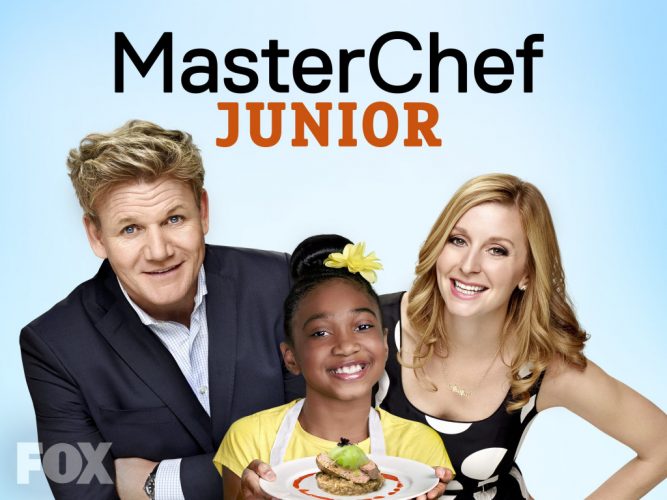 ‘MasterChef Junior’ is an American cooking competition show that airs on Fox. The show first premiered on September 27, 2013, and is based on the format of ‘Junior MasterChef’, the U.K. series. It primarily has children aged between 8 and 13 as the contestants.

The show is written by Robin Ashbrook and judged by a host of guests and Gordon Ramsay. It is executive produced by Ben Adler, Gordon Ramsay, Robin Ashbrook, Eden Gaha and Paul Franklin with One Potato Two Potato and Endemol Shine North America acting as the production companies. The junior contestants can participate by applying online or by reaching through to the casting call agents. The applicants have to submit videos of their cooking skills and based on these videos they are shortlisted from the stockpile, which is bound to be massive.

Twenty-four children are selected for the audition, and they also get one of MasterChef’s signature franchise’s autograph aprons. 12 applicants are selected to become participants of the show and sent to another round. After each episode, two contestants are sent home, and the winning kid receives the MasterChef Junior trophy as well as a cash prize of $100,000.

Fox also airs the ‘MasterChef‘ show with adult participants, where the competition is just as fierce, but the judges are much meaner, especially Gordon Ramsay. The who wave of shows that are based on cooking competitions took inspiration from ‘Hell’s Kitchen‘ the Fox show that became immensely popular, thus leading to both the regular ‘MasterChef’ and the ‘MasterChef Junior’ show, among others.

MasterChef Junior Cast: Who is in it?

Gordon Ramsay, Joe Bastianich, and Graham Elliot were the judges from season 1 till season 4. But in season 7, Aarón Sanchez, Christina Tosi and Ramsay performed that role. It has been reported that The Chew co-host Daphne Oz is expected to join the panel of judges in season 8. While Ramsay keeps every season interesting with his huge personality, it would only draw more fans to see different judges come to the show, because they would spice up (pun intended) the feedback in the kitchen.

MasterChef Junior Plot: What is it about?

‘MasterChef Junior’ has a simple format. Anyone can apply for the audition rounds as long as they are aged between 8 and 13. Of all the applications, 24 are chosen and they are split into groups of 3. Of these, 12 of them move ahead in the competition. In this manner, the format thins out the list of competitors until one emerges victorious. The junior MasterChef is then suitably awarded.

What really stands out about the show is the kind of culinary skill and dedication that the kids bring to the kitchen. Not only is the cooking top notch, but the presentation is excellent as well. Unlike the regular ‘MasterChef’ show, where the judges and sometimes even the contestants can get a little nasty, the ‘MasterChef Junior’ series has mostly seen very wholesome interactions between judges and contestants.

Ramsay’s behavior stands out especially in this regard, as he is extremely supportive of the children cooking, while he can be very critical when it comes to adults. Perhaps, this is the lesson that lies at the bottom of the show. While the regular show is to actually see who is a master chef among the competitors, the real aim of ‘MasterChef Junior’ is to get kids interested in cooking as an art. If you are watching ‘MasterChef’ perhaps there is no need to reiterate how cooking is viewed as art on these shows and not just a skill to survive. The dishes are graded not just on taste but presentation and time that is taken to prepare as well. However, things often get competitive among these home cooks, who are ultimately looking to take home the winning prize.

For those of us who love food, ‘MasterChef Junior’ is an absolute delight to watch as the kids cook up a storm in the kitchen and then present it as heaven on a plate. The show has kids cook a wide variety of dishes that range across cuisines. The participants also have to cook various courses, and sometimes entire meals. These include appetizers, mains, and desserts, but the kids are up to the challenge, using their resources and ingenuity to make dishes that most of us could only dream of.

Hopefully, the upcoming season of the show will continue in a similar strain and we will see a whole new crop of participants who present their culinary delights in front of the judges in order to become the next ‘MasterChef Junior’. We also hope to see more interaction between the participants and the judges, as this is a ripe opportunity for aspiring master chefs to actually learn from the masters of the craft.

The judges are usually forthcoming with their criticisms and positive feedback can only help these contestants grow and perhaps we might even see some of them return on the regular ‘MasterChef’ show for another shot at glory. With all that said and done, for the upcoming season, those living in Iowa and harboring the secret dream of being on ‘MasterChef Junior’, now is the time. For the upcoming season, Gordon Ramsay is specifically looking for junior chefs from Iowa to put on the MasterChef apron, since the show has reportedly never had a contestant from Iowa.

MasterChef Junior Season 8 Release Date: When will it premiere?

While we wait for ‘MasterChef Junior’ Season 8, check out the season 7 below.