Masters of the Universe: Revelation Part 3: Renewed or Cancelled? 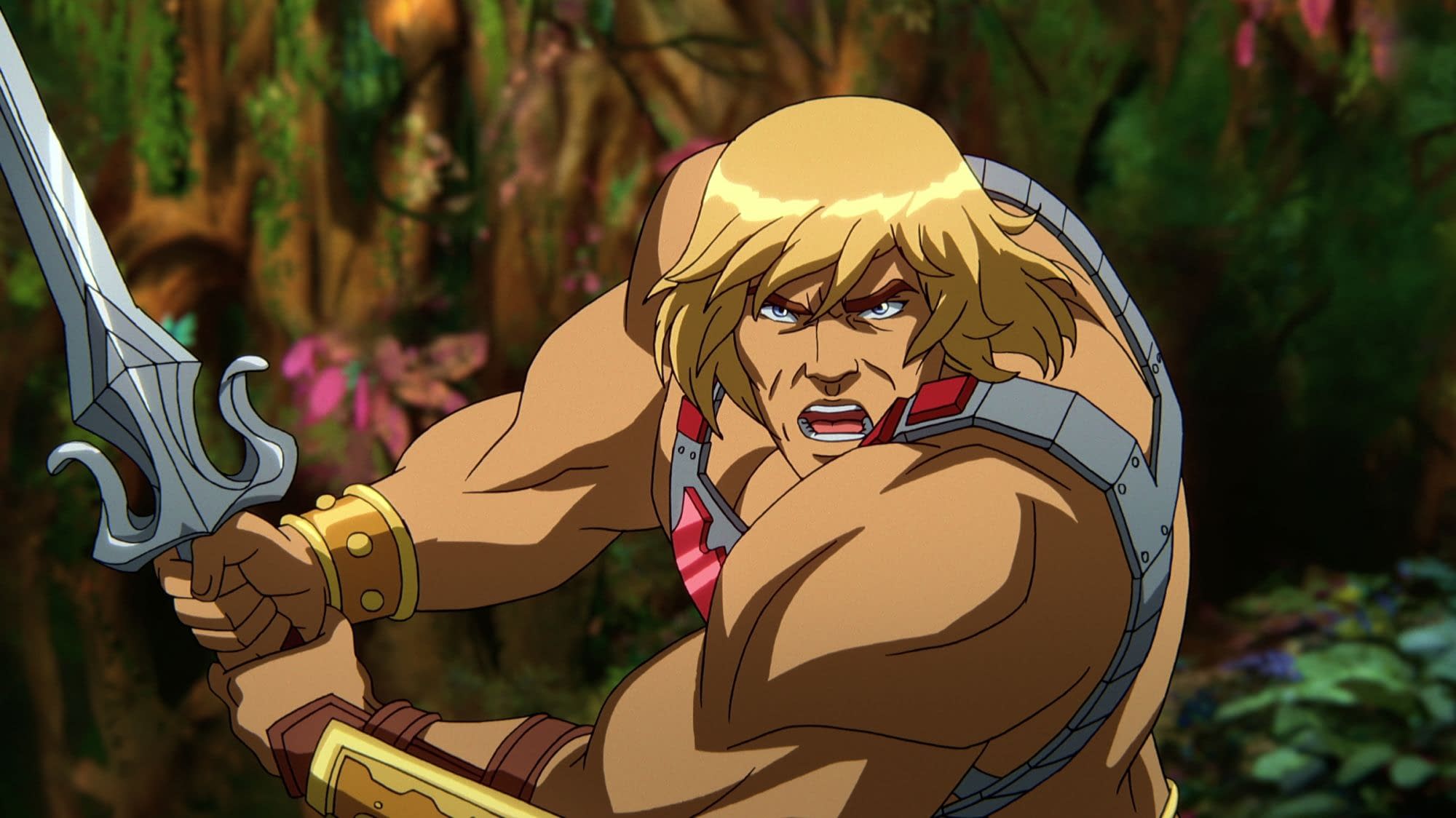 ‘Masters of the Universe: Revelation’ is an animated series that is a direct sequel to the 1983-1985 TV series titled ‘He-Man and the Masters of the Universe.’ It picks up the plot threads that are left unresolved in the original show. The superhero drama centers upon the supposedly final battle between He-Man and his nemesis Skeletor, which threatens the existence of magic itself. Therefore, Teela has to shoulder the responsibility of preventing the end of the universe. But for that, she must find the Sword of Power as soon as possible.

Created by Kevin Smith, the fantasy sci-fi show first premiered on July 23, 2021. While the Netflix series maintains the essence of the parent series, it has added more depth to the characters and the storyline. One of the stand-out features of the narrative is that it humanizes the larger-than-life heroes and villains. Additionally, the action-adventure drama has garnered a large fan base as it is as relatable to a new viewer as it is to an ardent fan of the franchise. So, you must be wondering if there is a possibility for the series to return with a follow-up edition. On that note, here is everything we know about the potential part 3.

‘Masters of the Universe: Revelation’ part 2 released in its entirety on November 23, 2021, on Netflix. The second installment consists of five episodes that have a running time of 22-32 minutes each.

As far as the show’s third iteration is concerned, let us share with you all that we have gathered. But first, let us clarify that part 2 is basically the second part of season 1. This explains why the current installment arrived the same year as the five-episode inaugural run; this release pattern is quite unusual for Netflix. With that said, let’s see what plans does series creator Kevin Smith has for part 3 AKA season 2.

Or…
Once this comes out and the truth is revealed, I might get to do it again! I’ve had my second season plotted out for months, in case I do.
And in terms of whether it’s all been worth it? Making @MastersOfficial Revelation has been one of THE BEST experiences of my career! https://t.co/mmFlctwz5q pic.twitter.com/0c4iyx57vB

While responding to a fan back in June 2021, Smith claimed that he had the “second season plotted out for months.” Subsequently, in a round table Q&A session in July 2021, he discussed the possibility of the show being picked up for another round. He said, “I guess we’ll know if we’re successful if we ever get to season two. But we don’t find out about that – they told us – until they drop it and then three weeks after they look at the algorithm and that’s when they decide whether something gets re-upped and stuff.”

Therefore, it looks like the ball is in Netflix’s court, and it all depends on how the show performs on the streaming platform. This implies that the animated superhero drama might have a quicker turnaround than anticipated since the writing may not take as long. But still, animation and voice recording is an elaborate affair. So, if the show is given the green light for another installment by early 2022, we expect ‘Masters of the Universe: Revelation’ part 3 to release sometime in Q4 2022 or later.

Masters of the Universe: Revelation Part 3 Voice Cast: Who can be in it?

Other voice cast members who may resume their duties in part 3 are Griffin Newman (Orko), Kevin Michael Richardson (Beast Man), Tony Todd (Scare-Glow), Phil LaMarr (He-Ro), Dennis Haysbert (King Grayskull), Adam Gifford (Vikor), and Jay Tavare (Wun-Da). If new characters are introduced to the storyline, we will likely hear some fresh voices in the potential part 3 of the series.

Masters of the Universe: Revelation Part 3 Plot: What can it be About?

In part 2, Eternia is plunged into chaos as Skeletor abuses his powers. Although helpless at first, Adam is not willing to go down without a fight and clashes with Skeletor after invoking the power of Grayskull, albeit without wielding the sword. Skeletor’s evil doings make Evil-Lyn reflect on her actions, and she ends up making a decision that no one saw coming. In the final episode of the show’s second outing, Teela comes into her own and embraces her destiny, while Adam reclaims the Sword of Power. With that, another mega war breaks out that is set to decide the fate of not only Eternia but the entire universe.

If the series returns with a third round, we will learn what fate has in store for Eternia. Now that Adam has the Sword of Power, what does that mean for him? Also, it remains to be seen what Evil-Lyn’s next move is. Either way, expect another epic showdown between He-Man and Skeletor. All this and more will be addressed if the show comes back with a part 3 AKA season 2.