When Will Masters of the Universe: Revelation Part 2 Release? 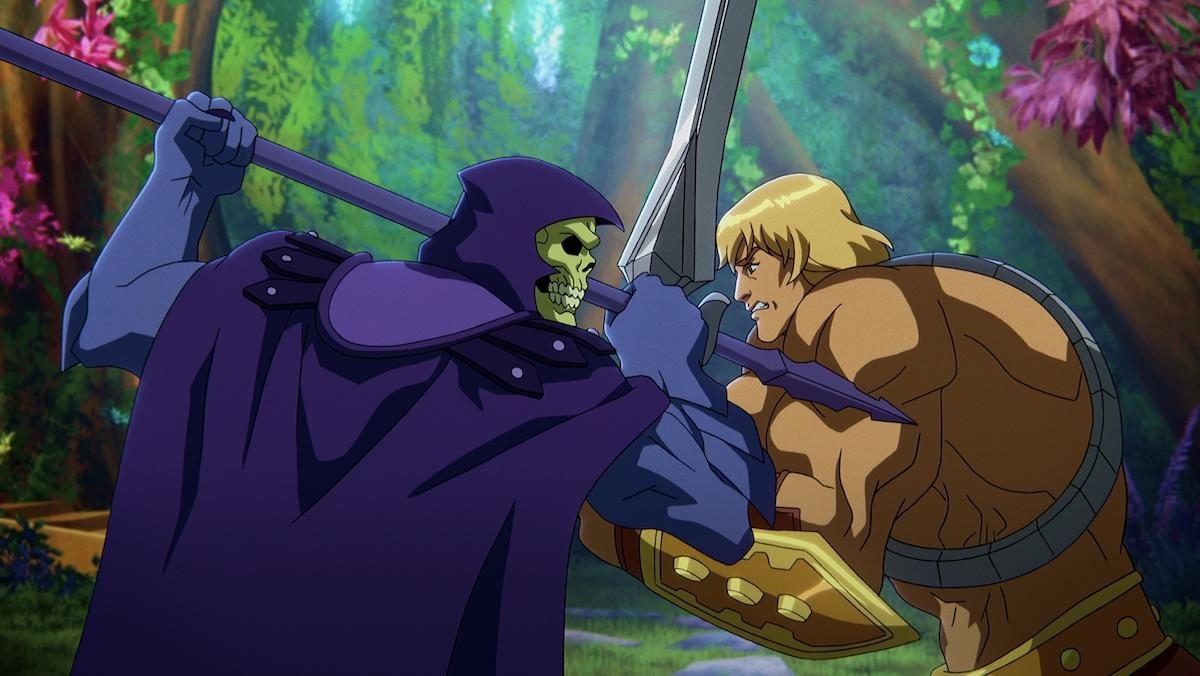 With increasing animated titles on Netflix, the streaming platform has attracted a whole new section of fans, and ‘Masters of the Universe: Revelation’ is one of its latest offerings. Created by Kevin Smith, the superhero show continues the story of the popular 1980s series called ‘He-Man and the Masters of the Universe.’ This show revolves around Prince Adam AKA He-Man, who clashes with his archenemy Skeletor once again for what might be the final showdown. He-Man is determined to protect Eternia, which might crumble in the hands of Skeletor and his forces.

The show promises to elevate the concept of the original series by adding more depth to the characters. The action series is not just about the rivalry between He-Man and Skeletor but also touches upon sensitive subjects of isolation, abuse, and grief. One of the reasons why the show has been praised is because it remains true to the spirit of the original title. If you are waiting with bated breath to know when the second round of the show will grace your screen, we would like to share with you all that we know!

‘Masters of the Universe: Revelation’ season 1 part 1 premiered on July 23, 2021, on Netflix. The first part of the season comprises five episodes, each of which runs for 24-27 minutes.

With regard to the second part of season 1 or what we call season 2, here is what we’ve gathered. The good news is that we do not have to worry about whether or not the show will continue beyond the five episodes. But unfortunately, an exact premiere date for the following set of episodes has not been announced. Despite the pandemic disrupting the schedule for most productions, this show seemed to remain unaffected. Animated series seem to be easier to produce during the ongoing pandemic since the team can work remotely, which is not the case for live-action productions.

More than two weeks before the show’s debut on Netflix, Dark Horse Comics launched a four-issue miniseries that serves as a prequel to the events in season 1. The first issue released on July 7, 2021. New installments of the comics will release on a monthly basis through October 2021, and the second issue is set to roll out in August 2021. If the upcoming season of the show follows in the footsteps of the freshman edition, we can expect ‘Masters of the Universe: Revelation’ season 2 to release in August 2021.

It seems that the animated series is in for the long haul. ‘She-Ra and the Princesses of Power,’ which is another Netflix reboot set in the same universe, ended its run on May 15, 2020, after five seasons. Moreover, Kevin Smith responded to a fan on Twitter and revealed that he has already planned the following iteration. So, we are keeping our fingers crossed for more seasons in the future.

Masters of the Universe: Revelation Season 2 Voice Cast: Who can be in it?

Masters of the Universe: Revelation Season 2 Plot: What can it be About?

In the first part of season 1, we learn that the future of Eternia looks bleak because the magic is fading. However, the responsibility falls on Teela’s shoulders to find a way to restore balance. Prince Adam also depends on the Sword of Power to transform into He-Man. In order to help, Roboto even risks his body to recreate the Sword of Power. But time is running out, and the fate of Eternia depends on them.

In the second part of season 1, we will know what lies ahead for He-Man, Teela, and Roboto. Are they any closer to achieving their goal? Since there might be bigger problems than Skeletor, Eternia needs to regain its magic as fast as possible.