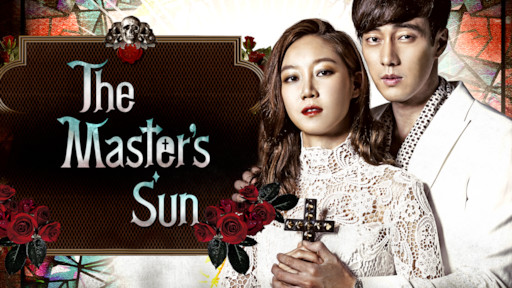 ‘Master’s Sun’ is a South Korean series, which is a mix of a romantic-comedy and a horror drama. It released in 2013 on SBS and credits the Hong Sisters as writers and Jin Hyuk as the director. The story revolves around two protagonists — a young, cold, and distant CEO of a huge conglomerate and a dejected girl, who starts seeing ghosts after an accident. Comprising 17 episodes, ‘Master’s Sun’ is executive produced by Son Jung-hyun.

Master’s Sun Cast: Who’s in it?

Gong Hyo-Jin (‘It’s Okay, That’s Love’, ‘The Producers’, and ‘Don’t Dare to Dream’) stars as Tae Gong-shil. A pretty young woman, she was previously a bubbly, bright, and cheerful person. However, after an incident, she begins seeing ghostly figures. The spirits start haunting her everywhere — some wishing to communicate to fulfill last wishes and others simply aiming to scare her. She gets afflicted with insomnia, withdraws from people, and cannot keep a single job. Gong-Shil starts working at Kingdom shopping mall as a cleaning lady and this is where she discovers that the ghosts disappear when she touches Joong-won, the company’s selfish CEO. She lands a job as his secretary and slowly, with his support, begins reviving her old self.

So Ji-sub (‘Phantom’, ‘Rough Cut’) is Joo Joong-won, Kingdom Group’s president. He is a good-looking, selfish, proud, and ruthlessly ambitious businessman, who puts prices even on relationships. He suffers from dyslexia and the trauma of a childhood kidnapping incident left him cold and distrusting. When Joong-won learns about Gong-shil’s supernatural powers, he keeps her close, wanting to use her abilities to communicate with his dead girlfriend Hee-Joo. He wishes to do this so that he can trace the ₩10 billion ransom money paid to the kidnapper in the form of his mom’s diamond necklace. However, Joon-won’s growing closeness to Gong-shil opens his eyes on appreciating the more important things in life.

Seo In Guk plays Kang Woo, a veteran soldier, who is hired as the head of security of Joong-won’s shopping mall. For undisclosed reasons, he keeps continuous tabs on Joong-won’s activities and also comes to know about his interest in Gong-shil. As part of his secret plan, Kang Woo says that he is attracted toward Gong-shil, a lie which soon starts taking a real form. Kim Yoo-Ri stars as Tae Yi-ryung, a leading model in Joong-won’s shopping mall. She is Gong-shil’s high-school rival and the latter ends up wrecking her marriage to a soccer star. This rivalry dates back to their school days when the then-popular Gong-shil was called “Big Sun” and the simple, nerdy Yi-ryung was called “Little Sun.” She wants to exact revenge on Gong-shil and decides to seduce Joong-won. However, she starts falling for Kang Woo instead.

Master’s Sun Plot: What is it about?

Gong-shil, several years ago, got involved in a mysterious accident that left her with psychic powers — where she can see and hear dead people. The ghosts follow her everywhere and appear anywhere, disrupting her normal life. Gong-Shil stays in a rooftop room at an extended stay inn, earning her living by doing odd jobs. On the other hand, Joong-Won is the handsome, arrogant, shrewd, and self-centered president of a huge shopping mall named Kingdom. Money is all that he cares about.

One rainy evening, Gong-Shil arrives at room 404 to clean, but she encounters multiple ghosts. Scared out of her wits, she flees to her house, where the spirit of an old woman appears right next to her. Gong-Shil realizes what the woman wants and gives her son a bankbook which holds more than 10,000 dollars in the account. Meanwhile, Joong-Won strikes a deal with a man, who owns a piece of land that Joong-won wishes to convert into a golf course. The man replies that his late wife does not want him to agree to the contract — a warning that Joon-won ignores and manages to get the required signature.

While returning, Joong-Won notices a woman signaling for a ride. He asks his driver to ignore but a sudden flash of light forces the car to stop. At this moment, Gong-Shil enters the vehicle and thanks Joong-won. She unintentionally touches him and notices a weird tingle. When the car stops over for a while, Joong-Won sees Gong-Shil talking to someone. But he cannot see with whom she is having the conversation. Dismissing her as crazy, Joong-Won starts to leave but Gong-Shil grabs his arm. She realizes that whenever she touches him, the ghosts vanish.

Master’s Sun Season 2 Release Date: When will it premiere?

‘Master’s Sun’ season 1 premiered on SBS on August 7, 2013. After spanning 17 episodes, it concluded on October 3, 2013. The series aired on Wednesdays and Thursdays at 21:55 during its run-time. Now, as far as another season goes, in 2015, Jin Hyuk mentioned that he did have a season 2 in mind. As per his statement, “We need to. When are we going to do it?” That still needs to be decided. So yes, you can hold on to your expectations that another season might be in the works. Let’s assume it is, optimistically, you are looking at at least 2021 or 2022 for ‘Master’s Sun’ season 2 to release.

You can check out the official trailer of ‘The Master’s Sun’ season 1 below.