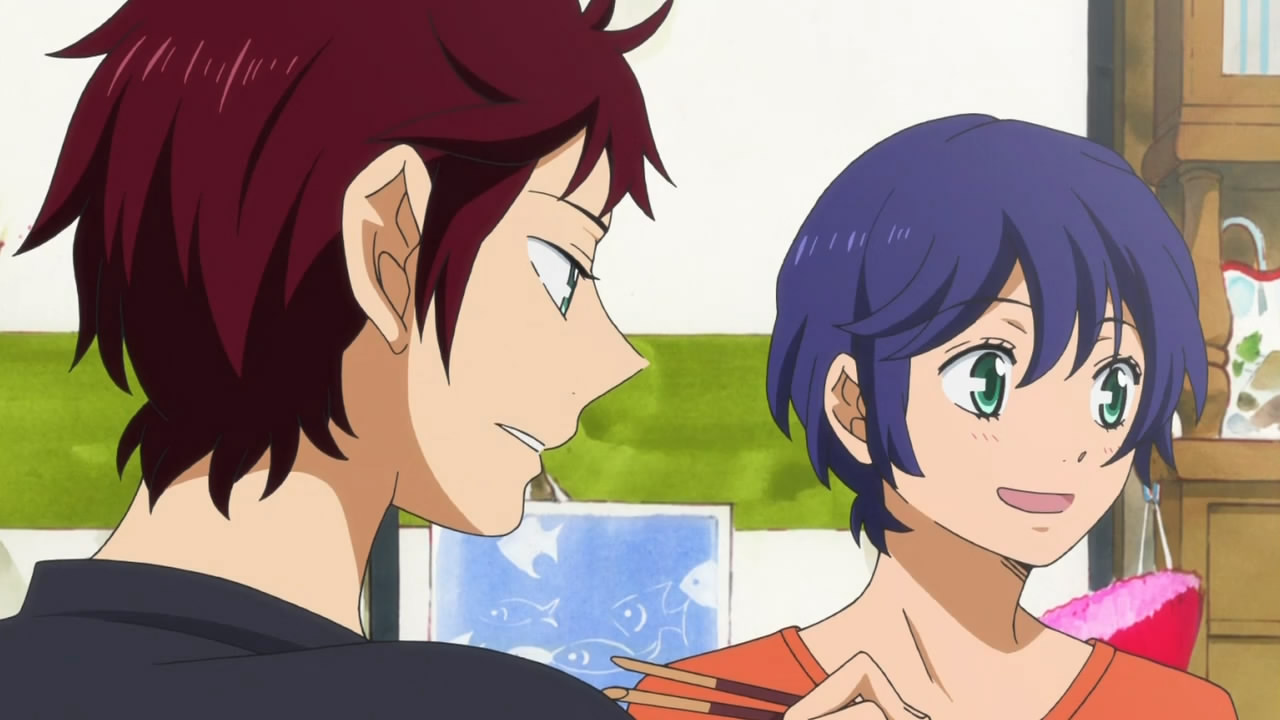 If you judge anime shows solely by looking at their posters, you’ll probably just assume that ‘Mawaru Penguindrum’ is nothing but a cute children’s show. Once you start watching it, the light funny atmosphere of the first few episodes will again give you a very similar vibe. But only when its true story starts to unfold, you understand that this show is a lot more than what you had expected it to be. The sudden twist in its direction is enough to raise your eyebrows and take your interest to a whole new level. The story starts off with endless references to the word “fate”, which is pretty much what the basic premise is all about. One thing that the story relies on is a whole lot of flashbacks from the past. Another word that is very commonly used in the show is “punishment”, which suggests the idea that even happiness comes with a price. And finally, the best thing about its story is the ending, which will make you go through a series of emotions.

Coming from Brain’s Base Studio, that is known for some really popular shows like ‘Durarara!‘ and ‘Natsume Yuujinchou‘, it is not surprising that the animation here is just spectacular. The bright colors used for styling just adds more intensity to the vibe of the show. Even the OSTs of the anime are just perfect and tend to fit right in with the scenes they are being played with. Overall, ‘Mawaru Penguindrum’ is one rare thoughtful anime that has a lot going on for its 24-episodes of runtime. Even then, it has perfect pacing and also the most memorable ending. This is no ordinary anime and I would definitely recommend this to anyone who wishes to enjoy a great literary piece of art.

Mawaru Penguindrum Season 2 Release Date: When will it premiere?

‘Mawaru Penguindrum’ Season 1 premiered on July 8, 2011 and ended its run on December 23, 2011. During this span, it aired 24 episodes. The conclusion of this season left a lot of loose threads but these were not necessarily directed towards a new season. Many anime tend to have an ending that is open to interpretation and this trend seems to be more acceptable in Japan as compared to America. Also, though the anime was very well received by the people who watched it, it never really gained the popularity that would make the creators think of renewing it. So as of now, we have to accept the way it is and enjoy the one season that it has to offer. If we get any news regarding ‘Mawaru Penguindrum’ Season 2 release date, we will surely update it here in this section.

Unfortunately, as of now, ‘Mawaru Penguindrum’ is not available on any official streaming platforms but as soon as we get any news regarding its availability, we’ll update it here.

‘Mawaru Penguindrum’ revolves around the life of the Takakura family who has had its own share of joy and sorrows depending on what awaits their fate. But things start to go downhill when the parents of the three siblings—Kanba, Shouma, and Himari—are gone and they are left to live alone all by themselves. Things get even worse when Himari’s health declines even further.

One day, Himari gets the permission to leave the hospital for a while and to celebrate this, the boys take her to an aquarium nearby. But this is where their fate catches up with them again and Himari suddenly collapses dead. To everyone’s surprise, she is revived by a strange penguin hat that was found at the souvenir shop of the aquarium. Their faith is restored all over again but all of this comes with a cost.

While Himari continues to miraculously recover from her illness, the boys discover that there is an entity inside her body. The entity’s condition for keeping their sister alive is that the boys must go on a wild goose chase to seek the “Penguin Drum”. On their way towards finding the “Penguin Drum”, the boys must face their own fate; deal with the darkness of their past; and also, must cross paths with other wish makers seeking the same “Penguin Drum” and understand what value they bring in to their own fate. If all of this somehow goes well, then the boys will be able to get a positive outcome out of their own journey’s final destiny.

Ringo Oginome is a student at the Ohka Girls High School who has a crush on Keiji Tabuki. She has pale skin, chin-length dark brown hair and brown eyes. She lives with her mother who is always busy with her work and is never really able to spend too much time with her. Her father and mother were divorced soon after her elder sister’s death and even her father is neglectful towards her. Ringo was only an infant when her elder sister was killed in a terrorist attack and despite having no memories of her, Ringo still claims that she loves her.

By the end of the series, she acquires the ability to Transfer Fate. This allows her to take a particular person’s fate and then transfer it into a completely different direction. If she uses this ability to only transfer a small segment of someone’s fate, she would only receive a small injury. But the bigger the segment of fate, the bigger will be her own injuries. And beyond a certain point, if she tries to turn around someone’s fate, she could even end up killing herself.

Shouma Takakura is Himari Takakura’s elder brother and Kanba Takakura’s younger sibling. He does the Takakura housework all by himself and can be a little stupid sometimes if compared with his elder brother. He is really defensive about his younger sister and is willing to do anything in his power to keep her alive. Kanba, who is more mature, acts calmly when their sister dies but Shouma is really saddened by the incident. He is the kind of person who cannot just sit around and watch others get hurt. This is the reason why he saves Ringo’s life many times. He is very soft-hearted and even after knowing that they need the “Penguin Drum” to keep their sister alive, he tries to be reasonable and claims that it’s wrong to break into Ringo’s home. For situations that require even a little bit of thinking, Shouma tends to screw up every single time. Even when it comes to girls and romantic relationships, Shouma usually tends to be really naive.

Kanba is the oldest of the Takakura siblings and is also the most mature one out of the three. Unlike Shouma, he has had a lot more experiences with romantic relationships and understands women really well. He loves his younger sister and is willing to do anything to keep her healthy and safe. He takes on most of the responsibilities when it comes to saving his sister’s life and keeps this his top priority. He never lets his feelings get in his way of logical thinking and that’s the reason why he does not think twice before breaking into Ringo’s home.