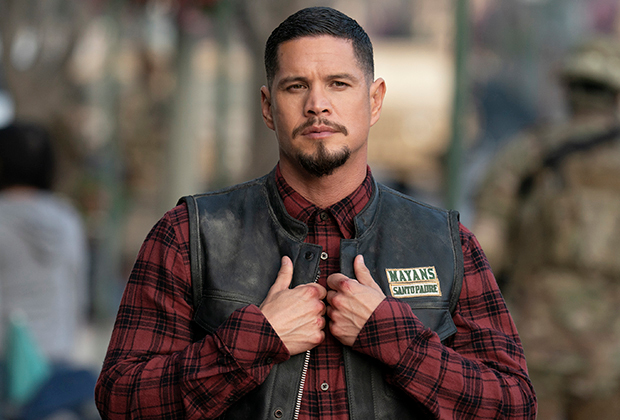 ‘Mayans M.C.’ is a show that never loses its appeal among the audiences, especially because of the ensuing battles between different Mayan crews of the underworld. After EZ’s unfortunate encounter with a Stockton Mayan, Bishop is all set to seek revenge in this week’s latest installment. More details about the episode are fully laid out in the recap at the bottom. But before we get into that, you can get all the information on what the upcoming episode – ‘Mayans M.C.’ season 3 episode 7 – might be about!

If you’re subscribed to a cable network, you can watch ‘Mayans M.C.’ on FX at the aforementioned timeslot. Otherwise, you can go online to the F.X. network’s official website to watch the new episode there. Fans also have the option to stream the latest episodes of season 3 on iTunes, Vudu, Hulu (available one day after the original premiere), and YouTube TV. It is also possible to purchase or rent the episodes on Amazon Prime Video.

The upcoming episode of ‘Mayans M.C.’ season 3, called ‘What Comes of Handlin’ Snakeskin,’ will mark the first chapter in the coming war between the Santo Padre Mayans and the Stockton crew. As Bishop has already terminated two members of the other party, Alvarez will strike back, sooner or later. We just hope EZ is out of the picture. On the other hand, Bishop will continue to plan and scheme against them. This time, he will enlist the help of another group to bring down his nemesis. Here’s the promo for you to take a look at!

The latest episode of ‘Mayans M.C.’ season 3, called ‘You Can’t Pray a Lie,’ picks up where the last episode left off after EZ gets shot by a Mayan and is thereafter taken to a hospital. Bishop hears about it through a call and immediately shows up at the hospital, where he runs into a hustle between Angel and the Stockton crew member responsible for EZ’s pitiful state. Bishop advises him to leave town with Gaby and lay low for a while.

Miguel goes to Montserrat Palomo, disappointed at having been kept in the dark regarding Juan’s death. Meanwhile, Isaac threatens Coco at the drug camp if he doesn’t agree to score more drugs for him. EZ and Gaby have a small chat with his father, Felipe, who is concerned about his son. Bishop is furious at Alvarez’s desperate attempts to protect the Stockton crew, and the latter accuses him of dishonesty.

Bishop’s anger is also directed towards Alvarez’s decision to send his son to Santo Padre, which ultimately caused his death. He even turns bitter towards his ex-wife Antonia before agreeing to sell their previous home. He then sends Angel to go and kill two members of the Stockton Mayans. The Santo Padre Mayans have now provoked the Stockton Mayans to wage war against each other.