Will There be a MeatEater Season 9 on Netflix? 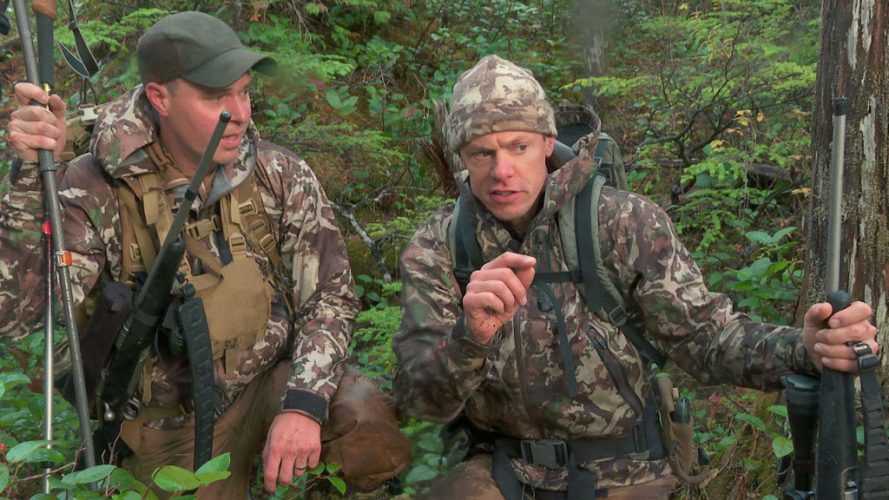 Upon first glance over its name and description, it is very easy to misinterpret what ‘Meat Eater’ is at its core. We, the current generation of Netflix subscribers, have invariably come to know of the early 2000’s hunting/survival reality TV scene as a reiteration of Bear Grylls vs. something or the other. The term ‘Meat Eater’ will immediately remind us of how Bear Grylls and co. shot up to internet fame, i.e. the popular image of the central hunter/survivalist host gulping down raw insects and scantily roasted possums and amphibians live on TV.

‘Meat Eater’ is nothing like the herd of ‘Man vs. Wild’; it is rather a textbook hunting show that completely keeps its focus on the game, the how-to’s and the interesting nuances of the ethics of hunting, and the optimal way to cook the various kinds of games. The show never wavers from this focus, and this is a large factor which helped it bag the Sportsman Choice Award in various categories – three times, nonetheless.

The show has had 8 successful seasons so far. Now the question is, will there be a ‘MeatEater’ season 9? We will delve into that question, but first let’s quickly look into the details of the series.

Who’s the Host of Meat Eater?

‘Meat Eater’ features Steven Rinella as host. A well-known author, travel writer, and also an outdoor television host, Steven has been interested in the art of fishing, hunting, and the great outdoors ever since his college years. His passion led him to adventure travel-writing. Along with his outdoor activities, he has also written for New York Times, Men’s Journal, Outside, Peterson’s Hunting, Glamour, O the Oprah Magazine, the New Yorker, American Hunter, and Field and Stream – naturally, such a high-profile figure with immediate face value makes for a great host.

Steven Rinella himself goes on to give credits to all those who have worked for the show in an interview: “What the show looks like and feels like isn’t just me. There were other people: a director and editor named Nick Brigden, a director of photography named Mo Fallon, and they’ve gone on to do great things. These guys worked on Anthony Bourdain’s “No Reservations” and “Parts Unknown.” They were involved in the early phase of making the show what it is and what it looks like, so it’s not something all out of my head.”

Understandably, the off-screen crew always plays a large role in the consistency of production quality, but let us call it what it is: ‘Meat Eater’ is a one-man show with Steven at the helm, and the show would lose all its identity without him. So, expect him to back as the host for season 9.

Meat Eater Plot: What is it about?

Simply put, ‘Meat Eater’ is a hunting television show. If you actively pursue hunting and hunting shows as an interest, you are probably aware of the fact that the shows Netflix has hosted so far in the genre – such as ‘Chasing Monster’ and ‘Coldwater Cowboys’ – are oriented more towards chasing down hunt on the sea. Naturally, there are also shows like ‘The Legacy of Whitetail Deer Hunter’, but ‘Meat Eater’ outshines them all simply by virtue of being a pure-at-heart hunting show.

Steven Rinella himself is a distinguished author of several books on hunting, including one that shares the name with the show. ‘Meat Eater’ is not far from its namesake book in spirit. It embraces everything that Rinella’s writing is celebrated for: his keen rundown of the nitty-gritties of hunting, his strong principle and hunting ethics (wherein you will find that he strongly sticks to his philosophy of not wasting an iota of meat), and more importantly, Steven’s culinary knowledge.

‘Meat Eater’ is not just a show about the mechanics of hunting the game – but also about the game itself. Many shows of this vein will sometimes seemingly become a montage of one killing shot after the other, but thanks to Steven’s mastery of cooking the harvest, the show is jam-packed with information that will enrich you even if you are not interested in hunting (thanks to the host’s accessible style of presentation, the show’s target demographic is never limited to hunting enthusiasts).

While other shows like these usually suffer the collateral damages of having to implement add-on spice in various ways and are even addled with the occasional product placement aside, ‘Meat Eater’ never comes close to these pitfalls. Rinella used to showcase and explain the gear he used for hunting in the earlier seasons, but they were more informative asides than promotional intermissions – and the recent seasons have done away with these sections altogether.

Meat Eater Season 9 Release Date: When will it premiere?

As far as the next season goes, we don’t have an official announcement yet. Though considering the popularity and uniqueness of the show, we would be surprised if it doesn’t get another season. If renewed, ‘Meat Eater’ Season 9 can release sometime in October 2020. We will update this section as soon as we hear more.

While we wait an update on season 9, here’s season 7 trailer. Check out all the previous episodes on Netflix.