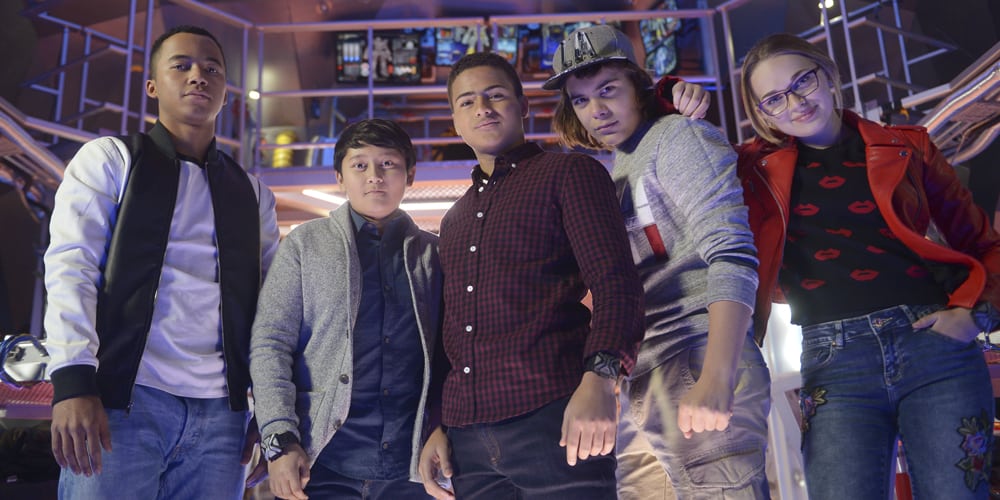 ‘Mech-X4’ is a science fiction adventure comedy television series that premiered on the Disney Channel, and is currently available on Disney XD. Created by Steve Marmel, the show follows a young boy who mysteriously gets chosen to become the pilot of a powerful, giant robot called Mech-X4 and has to defend his city, Bay City, against attacks from monsters.

‘Mech-X4’ is not a very new show, and Season 1, consisting of 15 episodes, premiered on November 11, 2016, and saw its finale air on May 1, 2017. Despite having an impressive initial viewership of 1.26 million people, the show’s viewership declined consistently as the season progressed, and the finale was able to attract a meagre 0.16 million viewers. However, the show was renewed for a 20-episode second season, which premiered on September 9, 2017. Yet, viewership continued to decline – while Season 1 had an average viewership of 0.48 million, Season 2 managed to clock a third of that, having an average viewership of 0.15 million.  Thus, as it stands, the chances of the show getting renewed for a third season are slim. Here’s everything we know about it.

In the show, Nathaniel Potvin plays the role of the protagonist Ryan Walker, an adopted child who has the ability to control technology and becomes the pilot of the giant, 150-foot tall robot called Mech-X4. Raymond Cham, meanwhile, plays the role of Ryan’s older step-brother and star athlete, Mark Walker, who is also the mechanic who maintains Mech-X4.

There are also several recurring cast members in the show. Peter Benson plays the role of Harper Futuristics CEO Seth Harper, who is revealed to be the mastermind behind the monster attacks on Bay City. Ali Liebert plays the role of Principal Grey, the school headmaster who later turns out to be part of Harper’s plan to unleash monsters on Bay City. Ryan Beil, meanwhile, plays the role of Mech-X4 creator Leo, who was earlier friends with Harper but switched sides when he discovered the billionaire’s plans to unleash monsters on humankind. Other recurring cast members in the show include Crystal Balint as Ryan’s adoptive mother and Mark’s biological mother Grace Walker, Alyssa Lynch as student reporter Cassie, John De Santis as Principal Grey’s partner Davage, and Dan Payne as the second season’s main villain, Traeger.

If the show does return for a third season, we would expect all of the main cast members and most of the recurring cast members to make a comeback and reprise their roles.

Mech-X4 Plot: What is it about?

‘Mech-X4’, being a show for kids, has a fairly simple plot. Set in the fictional Bay City, it follows Ryan Walker, an adopted child who is a technopath and has the ability to control technology with his mind. His power mysteriously awakens a giant, 150-foot tall robot called Mech-X4 built by the elusive genius, Leo. While Ryan is initially overjoyed at being able to control Mech-X4, his joy soon turns to horror when he realizes that he has been tasked with defending Bay City from seemingly unending waves of monster attacks. As the show progresses, Ryan starts to unravel the mystery behind his powers, and closes in on the one responsible for the monster attacks on Bay City.

Of course, Ryan’s mammoth task isn’t easy, and he has to enlist the help of his step-brother Mark and his two best friends, Harris and Spyder, to stand a chance against the monsters. While the visual effects in the show aren’t the best that’s out there, a large part of the thrill for kids watching the show is the seemingly endless stream of terrifying and powerful monsters which descend on Bay City. Another thrilling aspect of the show are the edge-of-the-seat, action-packed battles, which are the highlights of every episode.

Yet, despite this seemingly serious and violent theme, the show is largely a feel-good action comedy that always ends with good prevailing. Coupled with the fact that it lays a lot of stress on positive messages, such as the importance of good friendships and fighting the good fight, the show is one which can be an enjoyable (and even educational) watch for pre-teens and early teenagers.

Mech-X4 Season 3 Release Date: When will it premiere?

It has been nearly a year since the finale of Season 2 of ‘Mech-X4’ aired on August 20, 2018. Since then, however, we have not heard anything from Disney about the possibility of Season 3. If Disney does decide to pull the plug on ‘Mech-X4’, we won’t be particularly surprised considering the show’s declining viewership.

That being said, fans of the show have been clamouring for a third season, and there is even a petition on Change.org demanding a Season 3 of ‘Mech-X4’. Whether Disney indulges fans or cancels the show remains to be seen. Our best guess is that if the show does get renewed, ‘Mech-X4’ season 3  can release sometime in 2020 on the new Disney Plus streaming service. We will update this section when we hear more.

While we wait for Disney to make an announcement pertaining to the future of ‘Mech-X4’, here is the trailer for Season 2 to give you a glimpse into the show and the story thus far. You can catch all the episodes of previous seasons on Disney XD.