Is ‘Meet The Peetes’ Canceled? 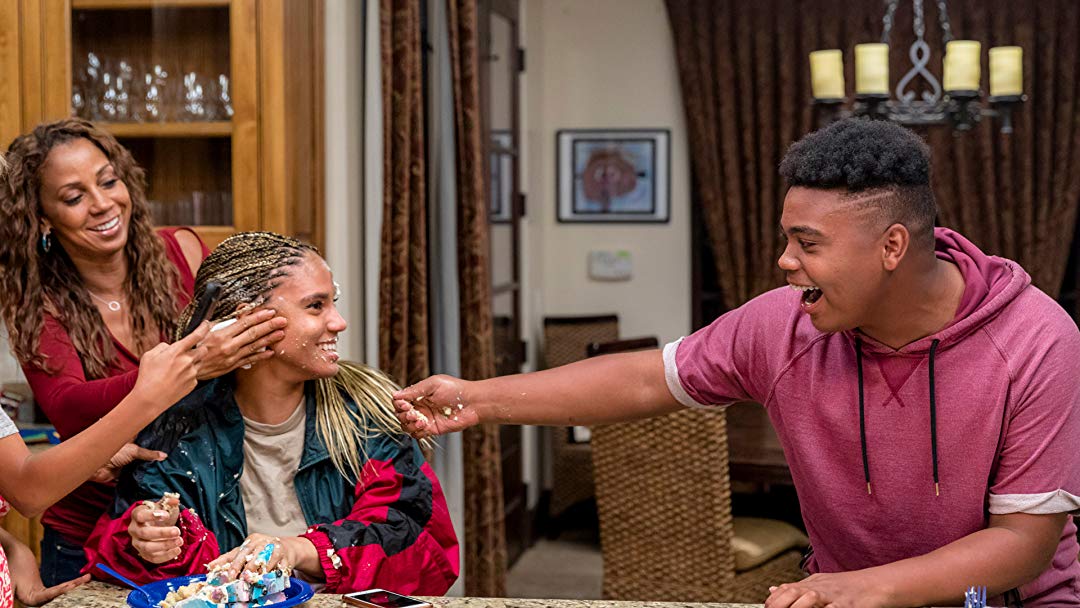 Hallmark Channel has undergone rebrandings and overhauls twice in the past two decades, but having its lineage in traditional religious networks (VISN and ACTS, later Odyssey) has left the trail of its value system. Unlike many 90’s cable networks that have been through renovations and rebrandings, Hallmark still retains the themes of family bonding and stability that it promoted, and continues to promote. The channel’s first attempt at unscripted reality TV also reflects and underlines this.

‘Meet the Peetes’, which aired in February 2018, profiles the real-time anecdotes of a Philadelphia family. As the case is with unscripted family-based shows like these, the families are never ordinary. The Peetes are no everyman, with Pro-NFL players, singers, and major figures in the US TV acting circle in it. What makes ‘Meet the Peetes’ stand out is that it is not a dysfunctional family. The show has a happy-go-lucky overtone to it and advocates a wholesome thematic overtone, rather than the antics of a dysfunctional family.

‘Meet the Peetes’ was renewed for a second season on March 21, 2018, and premiered on February 24, 2019. Hallmark made the announcement barely halfway into the airing of the debut season, that the show would get renewed on their network. A Christmas Special was aired on December 3, 2018. Not long after Season 2 had finished airing on April 29, 2019, Hallmark announced the cancellation of the ‘Meet the Peetes’ Season 3. Let’s take a look at what the two seasons so far were all about.

Meet The Peetes Cast: Who’s in it?

The whole crew of the ‘Meet the Peetes’ debut season returned for the 2019 season too. This includes ‘21 Jump Street’, ‘Hangin With the Coopers’ and ‘For Your Love’ star Holly Robinson Peete, and former professional athlete from the NFL team Detroit Lions, and broadcaster Rodney Peete in the lead role.

Other castmembers belong to their family of unique personalities, including Rodney’s NYU art school student twin, Ryan Elizabeth Peete, the three sons from the younger generation, and fan-favorite Dolores Robinson, the mother who is more than 80 years old.

What is Meet The Peetes About?

‘Meet the Peetes’ mostly follows a predictable, formulaic pattern that the so-called unscripted reality TV is famous for, and it does not show much deviation from the norm to innovate on its structure. Instead of a style-over-substance novelty that many shows, these days, opt for to get the upper hand, ‘Meet the Peetes’ sticks to being a feel-good show to watch at the end of a busy day.

The task sounds simple enough, but few shows do it as well as ‘Meet the Peetes’. The cast is not a hotpot of oddballs, but believable, stable, and wholesome – with great chemistry, owing to their prior collective experience of being filmed, featured in the two-season ‘For Peete’s Sake’ on Oprah Winfrey Network (2016 and 2017).

Along with its wholesome vibe and binge-able, intriguing content, where the ensemble cast balances their work, day-to-day struggles and their family time, the show also sheds some light on how people with troubled mental health should not be outcast or othered but embraced and treated with positive reinforcement. The very humane Los Angeles Dodgers star, Rodney ‘R.J.’ Jackson struggles with autism, and his amicable family supports him through the thin and thick of it all. We see more of RJ in the upcoming season along with the rest of his family.

‘Meet the Peetes’ Season 2 premiered on February 24, 2019, on Hallmark. Because of its success and positive momentum, the show had received an early renewal – we are talking middle-of-the-first-season early.

Unfortunately, it was announced in May 2019 that the show was being discontinued on Hallmark Channel and would not return for further seasons. The announcement was made by none other than Robinson Peete. Thus, after airing twenty episodes as part of its first two seasons, ‘Meet the Peetes’ Season 3 stands canceled.

Here is a preview of the show below if you would like to get a taste of the show. Head to Amazon’s Prime Video to watch the two seasons.