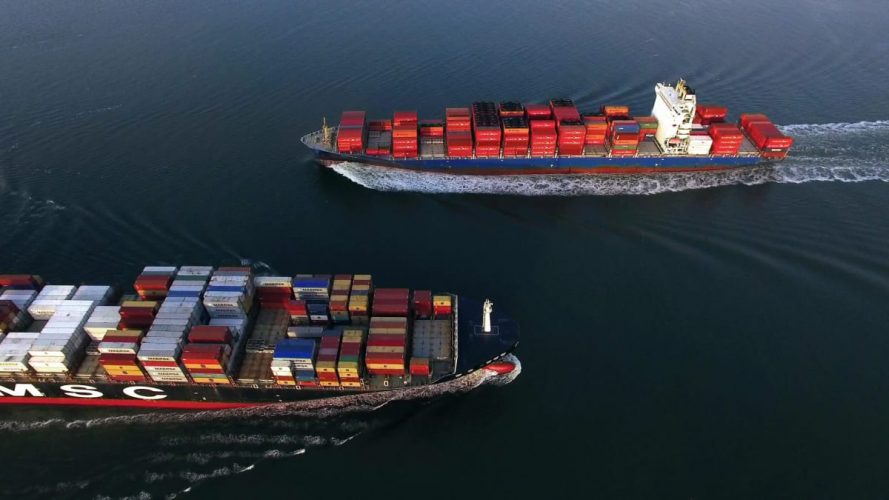 Mega Machines: Sea Giants introduces you to the biggest beasts, technological miracles that help today’s man conquer the sea. The show navigates the mysterious water bodies that present a myriad of technological challenges that are waiting to be overcome. From shipping, climate change, and tourism, this series covers all the aspects while stressing the importance of waterways and how the brilliant engineers deal with the unusual issues that only water can present.

The episodes of the show look at a state-of-the-art ocean miner that is used to extract the salts which is in turn used to manufacture modern plastics; two multi-mission fireboats that has the strength to project water or foam 600 feet and higher than a 20-story building; the world’s biggest tidal turbine which is used to harness water so it can be used as a source of unlimited energy; a mega cruise port that explores the technology behind operating the largest passenger port in the world which is an adventure in itself; and many more. The show is produced by Arcadia Entertainment for the Science Channel. The executive producer for Arcadia is John Wesley Chisolm while Christine Nussbaum is the producer for Science Channel.

Mega Machines Cast: Who’s in it?

The host of the show is Erick Thompson who is an American voice actor and television announcer. He was born July 22, 1959, in La Jolla, California. Erik started off as a Disc jockey at a radio station in San Diego and got his big break in the career of voice over as a promotional voice for HBO which led to several other promotional work including Ion Television, National Geographic Channel, Nat Geo Wild, FX, CBS, NBC, HBO, Animal Planet, Showtime, TBS, Discovery Channel, Investigation Discovery, and others. As of now, apart from Mega Machines: Sea Giants, he is the narrator of the TV series The Universe on The History Channel, Crimes of the Century on CNN, World’s Most Amazing Videos.

Mega Machines Plot: What is it about?

The title of Mega Machines might very well immediately pin the show down to a very prominent and almost formulaic vein of tele-documentaries of engineering – one which banks largely on the intricacies of modern machinery and their mechanical reconstruction (often complete with a semi-accurate series of simplified infographics). These are recognizable because they are named in a certain way as a trait – take Discovery’s famous ‘Extreme Machines’ for example.

However, Science Channel’s Mega Machines is not limited to machinery exhibitionism. To be perfectly clear, let’s get the first thing out of the way: to boil it down to the most basic description, Mega Machines: Sea Giants is a show about gigantic ships. To give it a quick rundown by these ‘Sea Giants’, they include ships used as a mining unit to extract a particular salt from the ocean used in the making of modern plastics, two absolutely enormous multi-mission fireboats with enough horsepower to shoot a stream of water up to 600 feet away and higher than a 20-floor building, and of course, a large naval fleet – including combat ships, aircraft carriers, and vessels for amphibious assault.

But this descriptions of the show would be grossly inadequate, because Science Channel’s ‘Sea Giants’ covers more than just huge mobile ships and the technological marvel of the engines and machinery that operates them and keeps them up – more than engineering, it is a multi-disciplinary  affair that has to do with freight logistics, commercial aspects, and the many contemporary phenomena that have proven to be huge factors in these, sometimes drastically changing how shipping works, to how the ships are engineered to veer around a hurdle – including events as obvious as climate change, to the nitty-gritties of how it in turn also reshapes tourism logistics.

So expect to be learning a lot of substantial information on several topics. It is presented in the familiar manner of a narrator’s clean, slow, and rhythmic delivery of speech against the in-between drone-cam shots of massive ships and ports – sometimes scenic – and a number of close-up shots where experts clarify the more intricate details and nuances. Yet, none of it is filler content, because the waters that this show wades are diverse in practice. One episode may only be about large passenger cruises, but the show gets down to the most intriguing of details about the many logistical problems it faces, then going on at length to how it has been engineered to accommodate the needs and amenities of such a huge pool of passengers and the meticulously demanding task of finding the safest navigation route. Other episodes have an immediately intriguing subject on the outset, e.g. the world’s biggest tidal turbine that presents a source of virtually unlimited energy.

The show reminds us how important the waterways of the world still are and how we are developing new ways to make better use of them and also vying not to harm the environment or not mess with mother nature any more than what we already are. When interviewed, the general manager of the Science Channel, Marc Etkind echoed these sentiments by saying, ”This series puts the spotlight on how important the world’s waterways continue to be. From shipping to climate change and tourism, this is the mind-blowing technology engineered to deal with the issues that only water can present.”

Mega Machines Season 2 Release Date: When will it premiere?

We don’t have a trailer to share, but you can head to Science Channel to watch clips from the show.