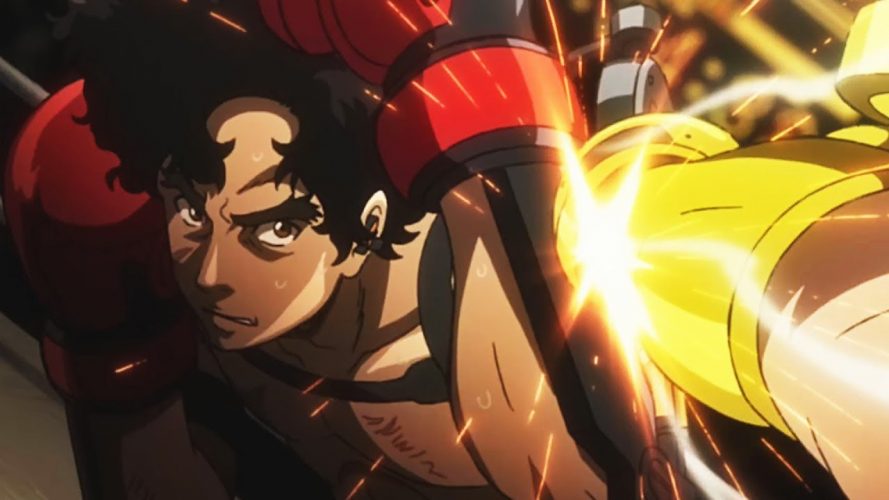 Megalo Box (also known as Megaro Bokusu in Japanese) is a boxing anime television series. Written by Chikara Sakuma and produced by TMS Entertainment, the show was created to commemorate the 50th anniversary of a famed manga series called Ashita no Joe. In February 2018, a manga adaptation of Megalo Box, titled Megalo Box: The Twin Fists of Fate, was released and a couple of months later, on April 6, 2018, Season 1 premiered. It was a hit among anime viewers, and hence, many are hoping for a second season. Here’s everything we know about the prospects of Season 2 thus far.

Megalo Box Season 2 Release Date: When will it premiere?

Megalo Box season 1 premiered on April 6, 2018 and ran till June 29 of the same year. To the delight of fans, Season 1 was followed by the release of three special episodes, which were released between July 27 and November 22, 2018.

During NYC 2019, TMS Entertainment announced that its second season is now in production. The story of the second season will be set seven years after the events of the first season. In an interview, director of the series, Yo Moriyama, also confirmed the second season by saying: “I understand that there’s a lot of love regarding MEGALOBOX and I’m very happy about it. I’m also very happy to say that MEGALOBOX 2 is in development and we definitely wouldn’t want to disappoint the fans. I’m very much looking forward to it.”

To this, producer Moriyama further added: “There’s really not much I can say at this point. I’m really trying to give out a very different angle compared to the first MEGALOBOX. So I think we can definitely give fans something that is beyond their expectations.” As of now, a final release date for the series has not been determined, but we can expect Megalo Box season 2 to premiere sometime in October 2020.

The English subtitled version of ‘Megalp Box’ is available on Amazon Prime. You can also stream it on Hulu, Crunchyroll, and Netflix with its original Japanese audio and English subtitles.

Megalo Box is set in Japan in a fictional, futuristic timeline. In the show’s timeline, the class divide in Japan has reached a point where licensed citizens live in the heart of a wealthy city while unlicensed citizens live in the slum outside. In this dystopia, a new sport called Megalo Boxing has become extremely popular. Like boxing, Megalo Boxing involves pitting fighters against each other, but there’s a catch. In Megalo Boxing, fighters wear metal frames and mechanical limbs known as gear to enhance their speed and power. While the sport is a dangerous one, it’s popular across the world, and many compete in it.

In this backdrop, Megalo Box follows a young, promising boxer known as Junk Dog who fights in the underground, illegal fighting circuit. Despite Junk Dog’s talent, his coach – Gansaku Nanbu – fixes fights, and never utilizes Junk Dog’s full potential. However, Junk Dog’s life changes when he almost crashes his motorcycle into Yukiko Shirato, the head of an extremely wealthy group, and picks a fight against Yukiko’s bodyguard, Yūri, who also happens to be the world’s Megalo Boxing champion. Although Yukiko stops the fight, Yūri later seeks out Junk Dog in the illegal fighting circuit, and beats him hands down in one round. With Junk Dog beaten, Yūri challenges him to qualify for the global Megalonia tournament and fight him again.

Qualification to the tournament, which attracts fighters from all around the world, is hardly easy, but Junk Dog takes up the challenge. Backed by the criminal syndicate that fixed his matches, Junk Dog thus takes to professional, licensed Megalo Boxing. However, Junk Dog faces fighters the likes of whom he has never seen before, and he has to give it everything he has if he hopes to enter the final rounds of the tournament. The show traces Junk Dog’s journey as he goes from a lowly, unlicensed boxer to a professional, world-famous one.

Megal Box has dozens of characters, and below, we’ve provided you with brief backgrounds on the characters who are central to the plot of the show.

Junk Dog / Joe: The protagonist of the show, Junk Dog is a young Megalo Boxer full of potential. However, owing to his poor roots he cannot afford to fight in licensed matches, and instead competes in the underground, illegal fighting circuit. Despite Junk Dog’s potential, he is initially made to fight in fixed matches for a criminal syndicate. However, this all changes after a chance encounter with the world’ best Megalo Boxer, Yūri. After getting beaten by Yuri, Junk Dog gets challenged to compete in the global Megalonia tournament, and he gracefully rises to the challenge. Backed by the criminal syndicate which fixed his matches, Junk Dog takes on the alias of Joe, and sets his sights to qualifying for the tournament and beating Yūri at his own game.

Gansaku Nanbu: Although not a main character in the show, Gansaku is an important character as far as Junk Dog’s character development is concerned. Gansaku initially serves as Junk Dog’s coach in the underground, illegal fighting circuit, and is responsible for setting up the fixed matches Junk Dog fights in. Deep down, however, Gansaku has a steadfast belief in Junk Dog’s abilities, and backs him when he is challenged to fight in the Megalonia tournament.

Yukiko Shirato: Despite not being a main character, Yukiko is also important to the show. Yukiko is the head of the wealthy Shirato Group which arranges the Megalonia tournament. After Junk Dog almost crashes into her with his motorcycle, he incurs the wrath of Yukiko’s bodyguard, Yūri, who happens to be the best Megalo Boxer in the world.

Yūri: The main antagonist of the show, Yūri is Yukiko’s bodyguard and a champion Megalo Boxer. After Junk Dog challenges him to a fight during his encounter with Yukiko, Yūri tracks him down to the underground circuit and defeats him in a single round. Subsequently, Yūri challenges Junk Dog to qualify for the Megalonia tournament – a challenge which Junk Dog bravely accepts. Being the world’s best Megalo Boxer, Yuri is equipped with a unique prototype gear which is surgically grafted into his arms.

You can watch the official teaser for ‘Megalo Box 2’ below: