Where to Stream Men In Black: International? 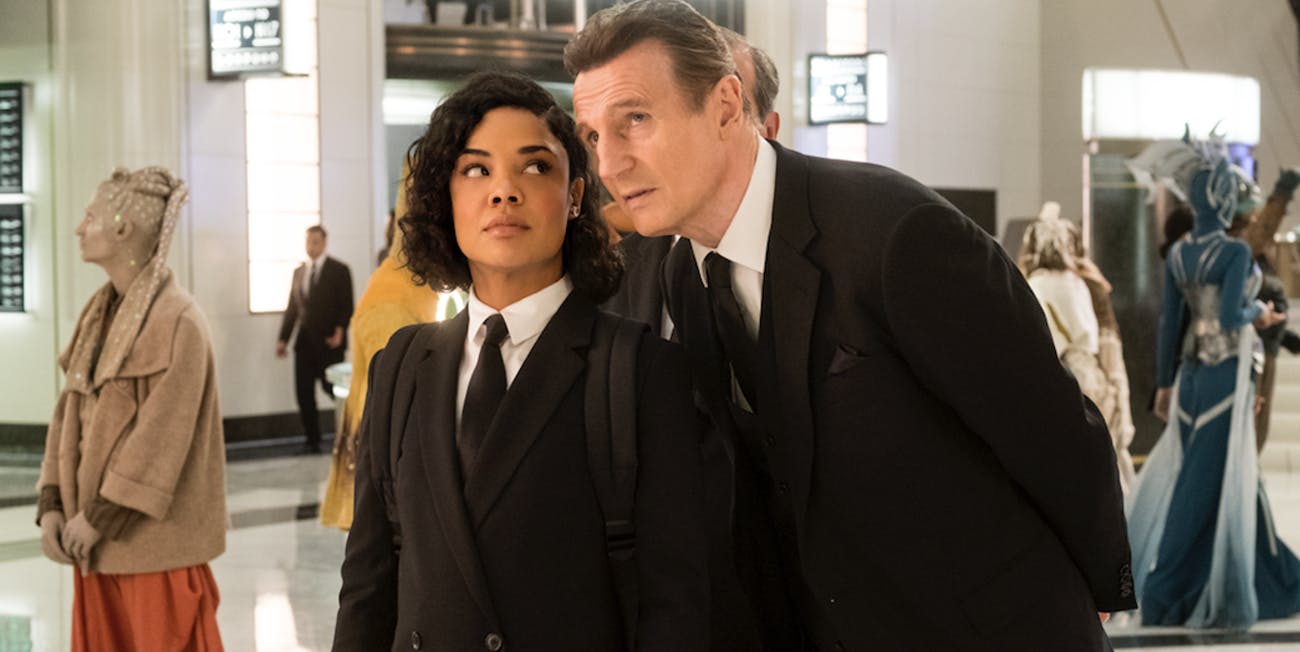 The ‘Men in Black’ series has been a stellar franchise combining elements of science fiction, action, and comedy, effortlessly as we see secret agents combat aliens and get into and out of hairy situations, all the while keeping the public in the dark about extraterrestrial life, by wiping out their memories.

The latest addition in 2019, ‘Men in Black: International’, comes a long time after the last film, ‘Men in Black 3’, came out in 2012. However, this is not as much a sequel, as it is a spin-off of the series based on the Malibu/Marvel comics. Firstly, the new movie shows that the agency is international and not just operating in the USA. This gives the franchise an option to take the story to different locales and also explore the lives of various agents instead of the ones we already know from the previous films.

What is Men in Black: International About?

The story of ‘Men in Black: International’ begins in Brooklyn in 1996 when we see Molly Wright (Tessa) witnessing her parents’ memories being erased by MiB agents. Helping an alien escape, she avoids this same fate for herself. The plot jumps to when Molly is grown up, and we see her being rejected by several government agencies due to her supposed delusions about alien life. However, Molly is one determined girl, and she tracks down an alien landing and manages to follow MiB agents into their New York headquarters. However, she is caught by someone called Agent O (Emma Thompson). Nonetheless, Molly argues her case and makes quite an impression, enough to get her a temporary agent status as ‘Agent M’ and an assignment at the London branch.

In London, she meets the head of the branch, High T (Liam Neeson) and a hotshot agent, called Agent H (Hemsworth). M learns that T and H were successful in fighting off an alien invasion at the Eiffel Tower in 2016. The dangerous invasion was from the Hive, a parasitic race that merges with the DNA of the conquered species. Anyhow, M decides to assist H, though the latter has clearly developed a god complex and is barely able to hold on to his job. The adventure unfolds as M assists H on a mission where they are attacked by alien twins. One of H’s contacts, an alien royalty, dies in the process, and suspecting that MiB might have a mole, High T assigns Agent C and Agent M the case, while demoting H to desk duty. Things take a darker turn with suspicion looming over H, and Hive DNA being detected on the twins.

H does not take kindly to his demotion and convinces M to join him on his own personal investigation. This quickly devolves into somewhat of a rogue spy story, that predictably takes our duo to an exotic location like Marrakesh. Suspicion temporarily shifts to M being the traitor within the agency, but using some high tech gadgets, H and M, remain safely out of MiB’s custody while hitting up alien contacts, trying to get to the bottom of the mystery. The alien twins are not far behind either, and things come to a head when the twins manage to corner our rogue agents, but High T and a group of MiB agents eliminate them. It would appear that the case has been neatly closed at this point.

However, things are rarely so neat in the messy world of aliens and secret agents, and H and M discover that the High T has been deceiving them about Hive DNA and the alien twins were looking for a weapon to use against the Hive. They follow the High T to the Eiffel Tower, and it turns out the Hive has made him one of their own, which led him to erase H’s memory, causing him to believe they had saved the day when the Hive first attacked. High T now opens a wormhole, calling the Hive to earth. Our spunky agents really save the day this time, with H calling out the High T’s true personality, while M uses a weapon to destroy the Hive and High T.

The news of this breach at a top-level within the agency spreads, naturally, prompting Agent O to come down from New York. H is appointed as the temporary leader of the London branch, while M is granted a full agent status. Will we see the duo return in the next ‘Men in Black’ story, or will the next adventure take us someplace else entirely? Before we begin to speculate about these, let us tell you where you can watch ‘Men in Black: International’.

Is Men in Black: International on Netflix?

Netflix has a stellar library in terms of films and television shows, and the sci-fi genre is no exception. However, the platform does not have ‘Men in Black: International’. Don’t let that get you down. If you want to watch a world co-habited by other species and humans, and a movie that combines humor and action as flawlessly as ‘Men in Black’ does, then you can check out ‘Bright‘.

Is Men in Black: International on Hulu?

Hulu has a quickly growing library that is becoming more enviable by the day due to some smart additions they are making content-wise. ‘Men in Black: International’ might not be available on the platform but that is no reason to worry. If you want to kick back with some quality sci-fi stuff, check out ‘Annihilation‘, ‘District 9‘ and ‘Twelve Monkeys’.

Is Men in Black: International on Amazon Prime?

Amazon Prime has a library that can only be rivaled by Netflix’s. However, there are some genres where the streaming platform can give Netflix a run for its money, and sci-fi happens to be one of them. Even though Prime users cannot watch ‘Men in Black: International’ yet, on the platform, there are some excellent movies that will help capture the feeling of the latest ‘Men in Black’ film. Try ‘Invaders from Mars‘ (1953) or ‘Invasion of the Body Snatchers‘ (1956) to enjoy some timeless sci-fi pieces.

Where Can I Stream Men in Black: International Online?

Unfortunately ‘Men in Black: International’ is still running in some theaters, so it is not available for online streaming at the moment. It is best to hold on for a while and it will surely come to one of the many platforms, which is when you can stream the movie.

When Will Men in Black: International Release on DVD and BluRay?

‘Men in Black: International’ is not yet available on DVD and BluRay, but will most likely be out in September 2019. However, if you simply cannot wait for it to come out, then head here, and pre-order your copy of the movie today.

Can I Watch Men in Black: International Online For Free?