When Does Mental Samurai S02 Come Out? 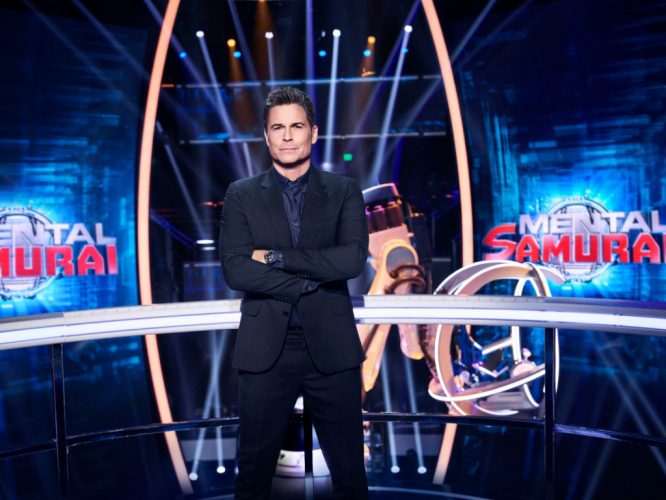 ‘Mental Samurai’ is a game show that tests one’s mental skills, intelligence, agility, and knowledge. The show airs on Fox and first premiered in March 2019. It is produced and hosted by Rob Lowe. Because of the good response received by its freshman installment, the series was renewed for a second outing. Read on to know when ‘Mental Samurai’ season 2 will release on tv screens.

Mental Samurai Season 2 Release Date: When Will It Premiere?

In February 2020, Fox announced that it had renewed ‘Mental Samurai’ for a second season. Rob Wade, Fox’s president of alternative entertainment and specials, explained why the channel finalized its renewal during an interview with Deadline at the 2019 TCA tour. He said: “When the show launched, we looked at the ratings and they were OK; it didn’t overperform, but we were proud of what we did. As summer came and we saw how shows performed on all networks, it was obvious that actually, the [Mental Samurai] ratings were pretty solid.”

The new season was slated to premiere on April 22, 2020. However, because of the 2020 COVID-19 pandemic, the premiere date was pushed back. If things fall in place in the next couple of months, we expect ‘Mental Samurai’ season 2 to release sometime in August 2020.

‘Mental Samurai’ is presented by the evergreen Rob Lowe — who has been the recipient of multiple awards to date — including two Screen Actors Guild Awards, six Golden Globes nominations, and one Primetime Emmy nomination. Lowe is an American actor and director who had embarked on his acting journey at the mere age of 15.

He debuted with ‘A New Kind of Family’, a sitcom that aired on ABC from 1979 to 1980. After performing in several small television shows, he grabbed his first notable role in the film ‘The Outsiders’. This was followed by other prominent performances such as in ‘The Hotel New Hampshire’, ‘Oxford Blues’, ‘St. Elmo’s Fire’, ‘About Last Night…’, and ‘Square Dance’. Quickly, Lowe rose to the status of a young Holywood star in the 1980s.

When asked about his role in Mental Samurai on Variety, here is what Lowe had to say: “When I was 15, I won big on ‘The $10,000 Pyramid. I’ve loved mental competition shows ever since. For me, ‘Mental Samurai’ is addicting. Every time you play, you think: ‘THIS time I’m gonna win!’ But this very simple game is almost impossible to crack. Also, as a producer, I’m excited to get into this new arena.”

It has already been confirmed that Lowe will return in the second season.

What Can Mental Samurai Season 2 Be About?

‘Mental Samurai’ is the first obstacle-based competition for the brain. Each episode features a group of contestants who have to answer questions with lightning speed and accuracy. While they surpass the mental capacity of their brains in the deciphering of questions related to knowledge, memory, puzzles, and sequencing, they have to do so when being transported around — in a 360 degrees rotating capsule — that revolves at high-speed around the set. Irrespective of backgrounds and status, the best performer, in terms of skill, concentration, and stamina, wins and is awarded the title of “MENTAL SAMURAI”.

The format of the show comprises contestants having to answer 12 questions, in sets of 4, with 3 questions per set. Any incorrect answer leads to immediate elimination. The finalists compete against each other in the final round, termed the circle of Samurai, where the top performer wins a cash prize of $100,000. Season 2 will stick to a similar format, with certain twists introduced in the gameplay.

To participate, you can enroll on Mental Samurai’s official site. If you make the cut, you will be invited to feature in the show as a contestant. The selection process tests individuals on their ability to stick to the mental prowess of their brains when their nerves and body are pushed beyond limits.

You can watch the official promo for ‘Mental Samurai’ below: