When Will Merry Happy Whatever Season 2 Premiere on Netflix? 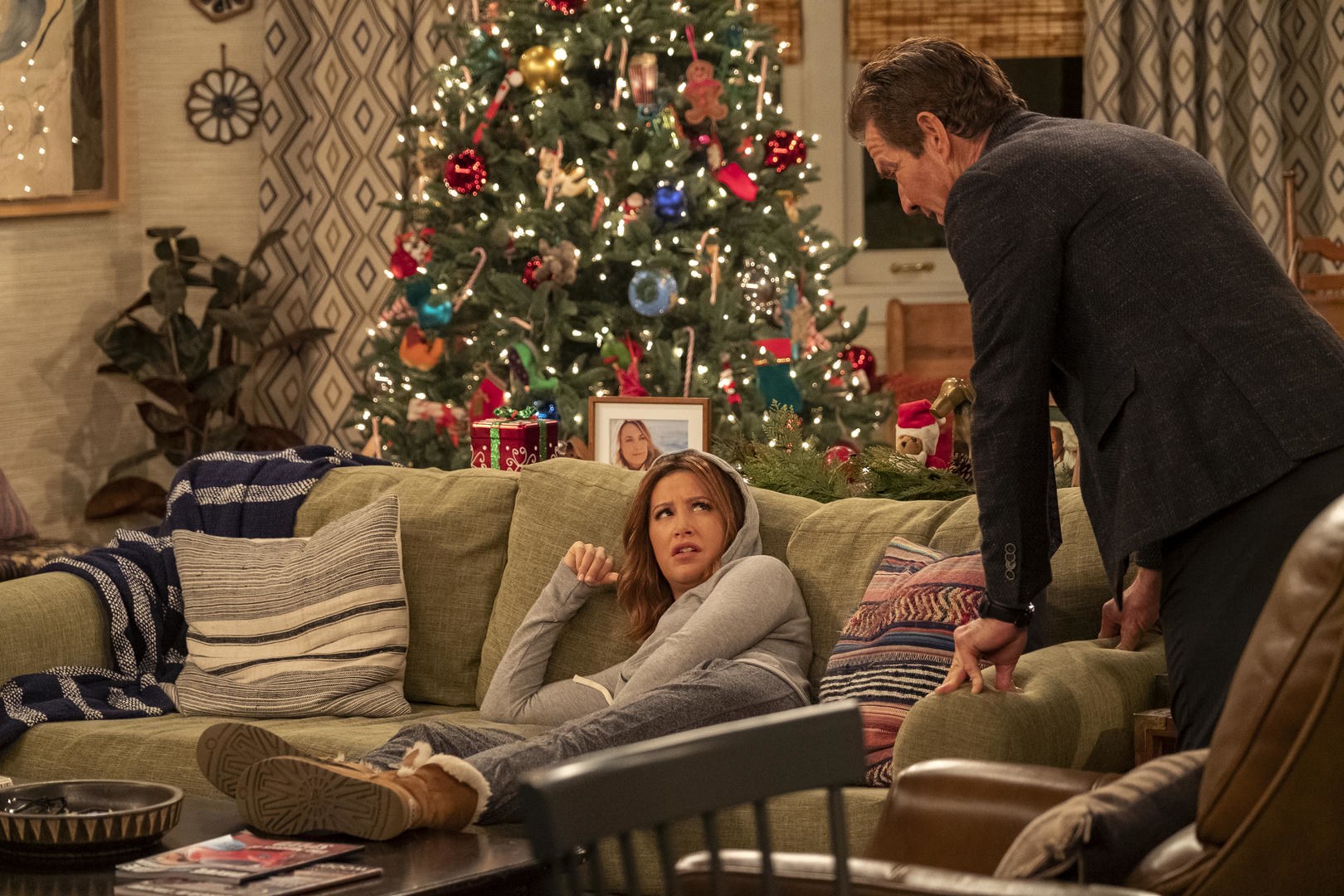 ‘Merry Happy Whatever’ is a dark comedy drama that is created by Tucker Cawley and directed by Pam Fryman for Netflix. Developed as an anthology series, the show focuses on the Quinn family as they get together during the holidays. The show chronicles the chaos that ensues in the clan as the members gather to celebrate Christmas.

Developed as a holiday-themed series, ‘Merry Happy Whatever’ introduces us to Don Quinn, the strict and protective patriarch, who is devoted to his Philly family. But he is extremely wary of outsiders. So when Emmy, his youngest daughter, brings home a boyfriend from LA (a struggling musician), Don implements his family motto in full force — which is, “there’s the Quinn way… and the wrong way.”

The first season of the show released on the Thanksgiving day. As expected, the show was lapped up by festive-spirited viewers. Now, the question arises: will there be a ‘Merry Happy Whatever’ season 2? We will delve into that question, but first let’s quickly look into the details of the series.

Merry Happy Whatever Cast: Who is in it?

The cast of ‘Merry Happy Whatever’ is led by Dennis Quaid as Sheriff Don Quinn. The actor is best known for his work in movies such as ‘The Day After Tomorrow’, ‘Frequency’, ‘In Good Company’ and ‘The Intruder.’ This is the first time that Quaid is working on a tv sitcom and he said, “I was the weakest member of the cast, because it’s a different animal and you got to get up to speed with these things. When you say the first punchline and all you hear is silence, it’s deafening.”

Bridgit Mendler stars as Emmy Quinn, Don’s youngest daughter. She has previously appeared in ‘Arrietty’, ‘Alvin and the Chipmunks’, ‘Lemonade Mouth’ and ‘Good Luck Charlie.’ Brent Morin from ‘How to be Single’, ‘Crunch Time’, ‘Undateable’ and ‘The Outdoorsman’ fame plays Matt, Emmy’s new boyfriend and a struggling musician.

Ashley Tisdale (‘Phineas and Ferb’, ‘High School Musical‘, ‘Scary Movie 5’, ‘Aliens in the Attic’ and ‘Pandas in New York’) portrays Kayla. When asked about how she felt starring in the series, she said, “When I heard Dennis Quaid was in the show, I was just like, ‘Oh, my gosh, I would love to play his daughter. I’ve been wanting to play his daughter since Parent Trap, and I always wanted a twin and Bridgit’s pretty close to it.”

Merry Happy Whatever Plot: What is it about?

‘Merry Happy Whatever’ introduces us to Don Quinn, the family patriarch, who awaits the arrival of the Christmas vacations when he can be together with his family. Despite the demands, grind, and stress of his dysfunctional clan, Don tries to get everyone together for spending some quality time. This is when his youngest daughter Emmy arrives from LA, accompanied by her new boyfriend.

Don is a doting father and loves his family a lot. And hence, his only focus is to be together with his kids, no matter whoever is crashing their “G-rated” party. In this particular case, the intruder is Matt, who also (unluckily) happens to be an upcoming musician. And as expected, Don appears happy on the surface, but deep within, he is fuming and totally miserable. Like he explains why Christmas is his favorite holiday — since he gets to “spend it with my loved ones – and Matt.”

Developed as a multicam sitcom, ‘Happy Merry Whatever’ offers a simple concept. The jokes are familiar and the concepts similar, but it manages to get quite a few doses of laughter. And if you wish to binge on something with your family during the holiday season, this is definitely a must-watch title.

Merry Happy Whatever Season 2 Release Date: When will it premiere?

Merry Happy Whatever’ season 1 premiered in all its entirety of eight episodes on November 28, 2019 on Netflix.

As far as the next season goes, Netflix hasn’t made any announcements yet. Though one can easily see the show returning on Thanksgiving again next year. If renewed, you can expect Merry Happy Whatever’ season 2 to release on November 26, 2020. We will update this section as soon as we hear more.

You can check out the official trailer for season 1 of ‘Merry Happy Whatever’ below: