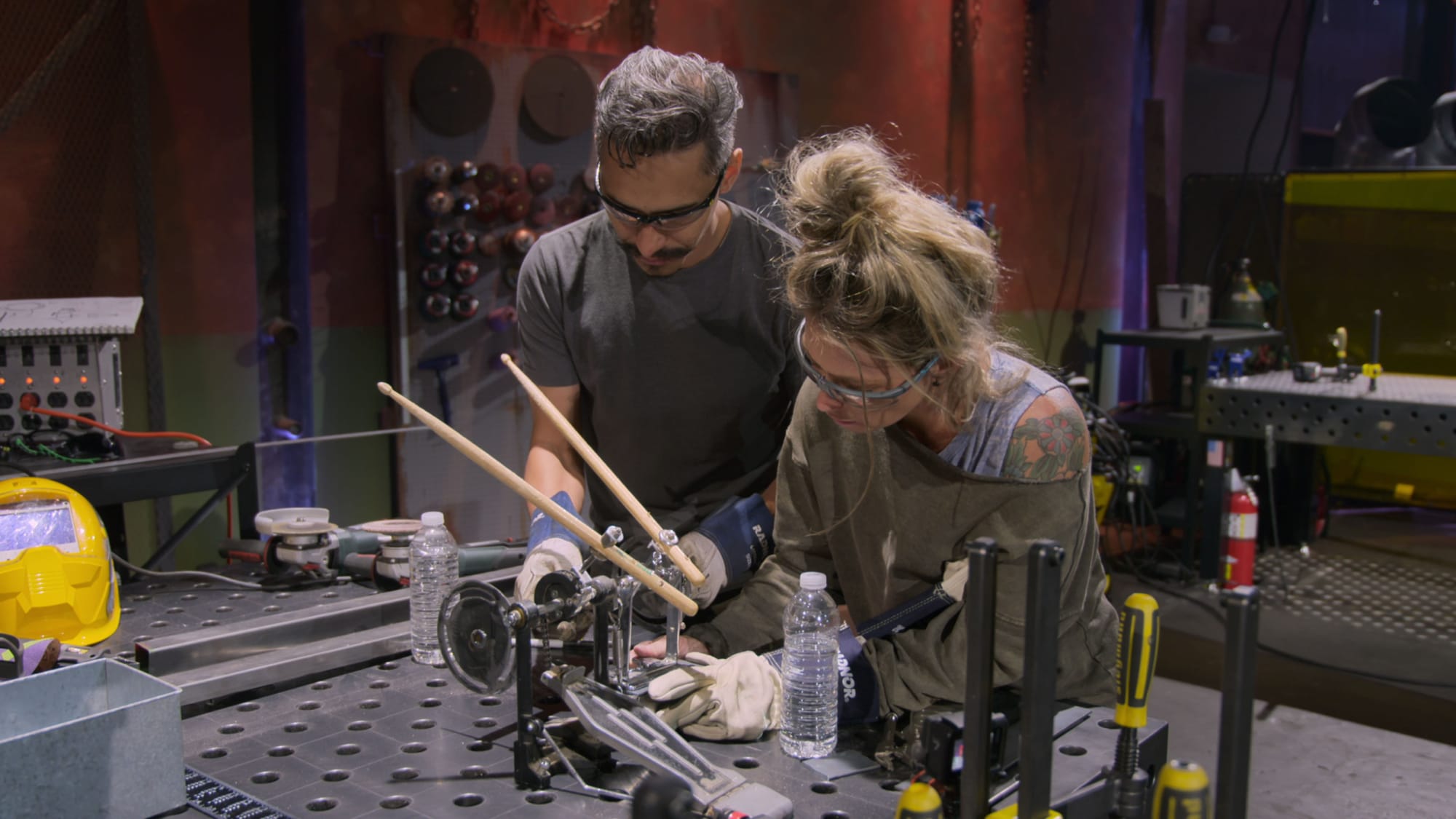 Usually, when one thinks of something that is skillfully and intricately made, qualities such as small, delicate, and hand-made come to my mind. But the Netflix show, ‘Metal Shop Masters,’ wows the viewers with the way something as hard and industrial-looking as metal is turned into art. In the competition series, metal artists use their engineering skills and expertise to handle heavy equipment to create awe-inspiring designs from hardened steel. The one who emerges victorious takes home $50,000.

Several viewers felt that the show would have benefited from having a clearer set of rules for the challenges that the contestants have to complete. However, it is a delight for someone who enjoys glassblowing and blacksmith shows. The series initially released in September 2021, and people are already looking forward to more installments of this reality show. Well, here is everything we know about the potential season 2!

‘Metal Shop Masters’ season 1 premiered on September 10, 2021, on Netflix, with all six episodes landing at once. Each episode runs for 31-35 minutes.

As for the show’s sophomore round, here is what we know. Netflix is yet to make a formal announcement regarding the future of the series. The streaming giant has turned its attention to unscripted shows, a move that has helped it expand its pool of subscribers significantly. There are several reality shows that focus on food or dating, such as ‘Nailed It!,’ ‘Chef’s Table,’ ‘Love Is Blind,’ and ‘Too Hot to Handle,’ but this competition series is a breath of fresh air that creates its own niche.

‘Blown Away’ is a similar show that focuses on glassblowing skills; it has already delivered two rounds. Therefore, in all probability, the metal work-based series has a solid chance of being picked up for another season. If the series meets the renewal criteria for Netflix and is given the thumbs up for a new round by the end of 2021, we can expect ‘Metal Shop Masters’ season 2 to release sometime in Q3 2022.

The show is presented by American-Filipino stand-up comedian Jo Koy. He appeared as a round table regular on the late-night comedy talk show ‘Chelsea Lately.’ He has also made appearances in ‘The Tonight Show Starring Jimmy Fallon’ and ‘Jimmy Kimmel Live!’ Koy is no stranger to the Netflix audience as his comedy specials such as ‘Jo Koy: Live from Seattle,’ ‘Jo Koy: Comin’ In Hot,’ and ‘Jo Koy: In His Elements’ are a part of the streamer’s entertainment catalog.

Apart from Koy, two other consistent faces we see on the show are David Madero and Stephanie Hoffman. They judge the creations of the contestants to decide who is the best amongst them. Madero is a Mexican-American furniture designer and sculptor known for his surreal and fantastical creations. He is the founder of a metal art company called Madero/Co. At the same time, Hoffman is a highly skilled welder fabricator and a metal artist with more than two decades of experience in the field. She is the owner of UnderGround Metal Works and a Program Manager of Workforce Development at the American Welding Society. Therefore, if the show is recommissioned for season 2, we can expect all of them to return once again along with a fresh crop of contestants.