When Will Middle School Moghuls Season 2 Premiere on Nickelodeon? 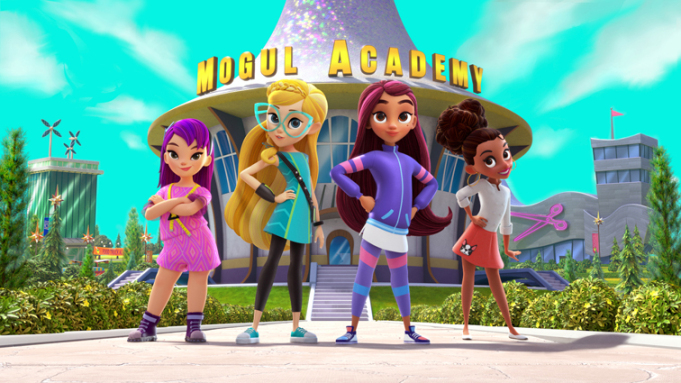 ‘Middle School Moguls’ is a Nickelodeon show which comprises of a series of CG-animated half-hour specials. It is based on a concept created by executive producers Gina and Jenae Heitkamp. The tale is set in an entrepreneurial institute called Moghul Academy where four new arrivals harbor the ambition to create their own companies. This school is equipped with the exact curriculum and tools required to convert kid-business dreams into reality.

Chris Viscardi, Nickelodeon’s Senior Vice President, Production and Development, Animation, expressed his excitement in partnering with Gina and Jenae Heitkamp to bring ‘Middle School Moguls’ to life on-screen. He added that this is the perfect show to highlight real stories that relate to the current generation of ambitious kids. According to him, “Kids today are learning about entrepreneurial opportunities at a much younger age. They want to start their own business and make business playful and empowering. They believe nothing is unattainable. Middle School Moguls taps into these entrepreneurial movement-building businesses based on kids’ unique skills, boundless inventiveness and taking action to pursue their passions.”

Middle School Moghuls Cast: Who is in it?

Middle School Moghuls Plot: What is it about?

A few years back, sisters Jenae and Gina Heitkamp came up with an idea to bring a difference in kids’ lives. Child therapist Jenae and entrepreneur Gina used their combined expertise to create a brand of books, dolls, and stories — GenGirl Media, described as a company that targets  “the fun and whimsy of childhood while keeping in mind today’s tech and media-savvy kids.” Its concept was mainly to inspire children to create their own businesses.

This same idea was taken up by Nickelodeon to create a tv adaptation ‘Middle School Moghuls’. The story takes place in Mogul Academy, which tests kids for their business creativity, innovative abilities, and determination. However, sometimes, being a kid boss means facing grown-up challenges. Hence, they need to think outside the box and “mogulize” if they wish their aspirations to come true.

‘Middle School Moghuls’ introduces us to Valeria “Val” Olivas, who gets admission into the elite boarding school for young entrepreneurs, Moghul Academy. Val is extremely interested in sports and soon makes a name for herself after she invents a technology that enhances her athletic ability. Next is the fashion designer Yuna, tech-savvy inventor Celeste, and budding chef Winnie. All of them are all set to become the next brilliant entrepreneurs in Moghul academy. Soon, these four girls develop a strong bond and together embark on a journey, packed with difficulties, challenges, and new lessons.

In the show, we meet several characters with different personalities, people of color, a non-binary person, and individuals with disabilities. Hence, there’s something for everyone to relate to. A diverse representation not only boosts the self-confidence of kids from various backdrops but also encourages them to be comfortable in one’s own skin. Additionally, we also witness how Val, Winnie, Celeste, and Yuna tackle challenges but seek advice from adults in their life, who act as their role models.

‘Middle School Moguls’ is a show that inspires viewers to achieve their dreams in spite of facing obstacles along the way. It shows that imperfection does not mean one cannot succeed and failures do not point toward the end of a journey. In fact, we learn from our mistakes and continue to put ourselves there. As per Gina, “If you don’t believe in yourself at first, it’s okay. You know you’re there to learn. You know you’re there to grow with the people around you.”

Middle School Moghuls Season 2 Release Date: When will it premiere?

As far as the next season goes, it is only a matter of time before Nickelodeon renews the show for another season. We will update this section as soon as we come to know about ‘Middle School Moghuls’ season 2 release date.

Check out the official trailer for ‘Middle School Moghuls’ season 1 below.