Where To Stream Midsommar? 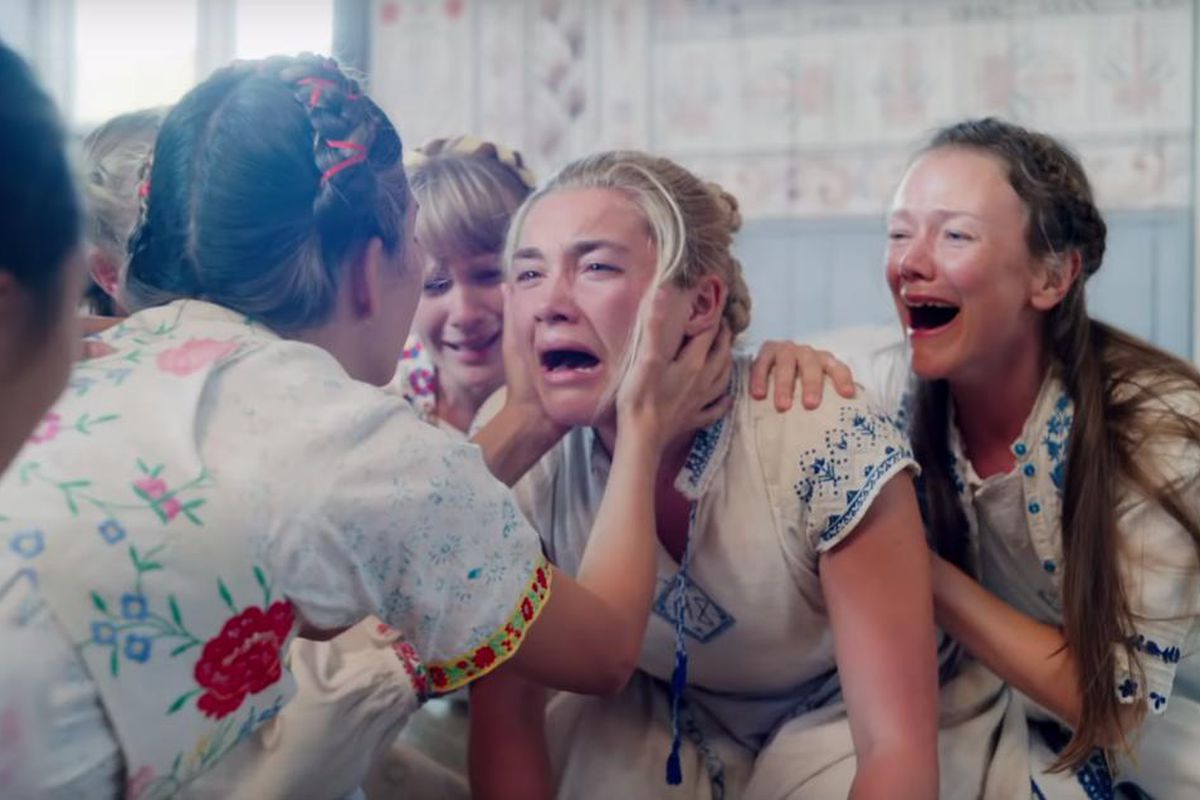 ‘Midsommar’ is a 2019 folk horror movie directed by Ari Aster, the man who made a mark in 2018 with ‘Hereditary‘. Aster is taking the horror genre to exciting new places with his vision that explores not just supernatural elements, but the psychological side of horror. Aster has proven that loss and our ways of coping with it can be a source of horror. At a time when the horror genre is filled with mainstream movies with jump scares, following James Wan’s success with ‘The Conjuring‘, directors like Ari Aster and Jordan Peele must be championed at all costs for showing us that horror films can deal with more aspects than just the supernatural.

While Peele’s movies view society and various racial issues through the lens of horror, Aster has strongly kept the exploration limited to individual psychological and traumatic issues. On that note, it is important to mention that ‘Midsommar’ was conceived as a slasher movie regarding Swedish cultists. However, Ari Aster decided to make a deteriorating relationship the main focus after suffering a tough breakup himself.

As ‘Midsommar’ has received acclaim for Aster’s direction, you must be wondering where you can watch this seemingly brilliant work of horror. But before we tell you that, let us tell you a little about the story of ‘Midsommar’.

What is Midsommar About?

‘Midsommar’ tells the story of a group of students who go to Sweden to attend a midsummer celebration. Dani Ardor is a college student who is traumatized after she saw her sister kill her family and herself. Her problems are compounded because she happens to be dating an emotionally unavailable anthropology student, Christian Hughes. He wants out of the relationship for a long time but stays due to a sense of obligation. When Dani learns that Christian and his friends, Mark and Josh are going to the commune in Sweden, a quarrel breaks out. Pelle, their Swedish friend, had invited the three and Dani demands to know why Christian did not tell her about it. Reluctantly, he asks her to come along.

At the commune, they consume psilocybin, a drug which causes hallucinations. Soon, they begin to witness disturbing things like an elderly couple committing senicide, by jumping off a cliff. When the male survivor’s skull is crushed with a mallet, the group demands an explanation. They are told that the community’s views on death are such and everyone kills themselves at the age of 72. An English couple, Simon and Connie, present at the behest of Pelle’s brother, Ingmar, then decide to leave.

Meanwhile, the students stay back since Josh’s thesis is on midsummer traditions. Notably, the version of the commune they attend only takes place once in ninety years and things begin to get all the more sinister. Christian wants to copy Josh’s thesis, driving a rift between the two. Mark manages to anger the cultists by urinating on their sacred tree but is lured away by a female member he had professed being attracted to. When Josh tries to sneak into the temple to get more information about the cult by photographing their runic text, he finds a partially naked man wearing Mark’s skinned face and legs. He is knocked unconscious and dragged out of the temple.

The cultists then turn their attention to Christian and Dani. Christian is made to take more psychedelics. He then has to attempt to impregnate Maja, a member. Other females interact and watch this sex ritual. However, when Dani sees them, she has a panic attack, causing the other women to wail with her. Soon after, Christian discovers Simon’s body, ritually dismembered as a blood eagle. He also discovers Josh’s buried leg. However, before he can raise an alarm, an elder paralyzes him. Meanwhile, Dani is made to take part in a maypole dancing competition, which she wins. She is titled the ‘May Queen’, which is an esteemed title in the cult. Finally, the cult makes the plan clear to Dani.

In order to purge their commune of evil, they offer nine human sacrifices. Four of these are outsiders usually lured by Pelle and Ingmar. In this case, the outsiders are Josh, Mark, Connie, and Simon. The other four are villagers, in this case, the two elders they witnessed, along with Ingmar and another villager. The May Queen has the honor of choosing the ninth sacrifice and it might be a villager or an outsider. Dani is finally prepared to get rid of Christian from her life and chooses him as the ninth sacrifice. All the humans are prepared in a ritualistic manner along with other sacrifices and placed in the temple. The temple is then set on fire. As the cult celebrates the completion of the ritual, Dani is initially overcome with anguish and horror, but soon begins to smile.

Is Midsommar on Netflix?

Netflix has a wonderful library, especially when it comes to horror. Though ‘Midsommar’ is not on the platform, you can check out ‘Gerald’s Game‘, which is based on the work of Stephen King, who is considered to be a master of horror.

Is Midsommar on Hulu?

Hulu has a wonderful collection of films and television shows and the platform keeps adding to its content library. Though ‘Midsommar’ is not on the platform, you can watch ‘Castle Rock‘, which combines many elements in Stephen King’s universe.

Is Midsommar on Amazon Prime?

Amazon Prime has one of the finest libraries which is perhaps only bested by Netflix. However, when it comes to horror, Prime has its competition beat. You cannot watch ‘Midsommar’ yet but you can check out Ari Aster’s previous film, ‘Hereditary‘, on the platform.

Where Can I Stream Midsommar Online?

Unfortunately, ‘Midsommar’ is not available for streaming elsewhere on the internet for now. You have to wait a while till it arrives on one of the platforms.

When Will Midsommar Release on DVD and BluRay?

‘Midsommar’ does not have DVDs or BluRay copies out yet. They will be available from October 2019. However, we can understand if you cannot wait that long. You can pre-order your copy here.

Where Can I Watch Midsommar Online For Free?

Unfortunately, ‘Midsommar’ is still running in some theaters, so you cannot watch it online for free. You have to wait until the film arrives on one of the sites that offer free trial periods. Alternately, you can check it out in theaters. Ari Aster is pushing the art of horror forward and so to watch the works of such exciting artists, we would strongly urge our readers to pay for what they consume.