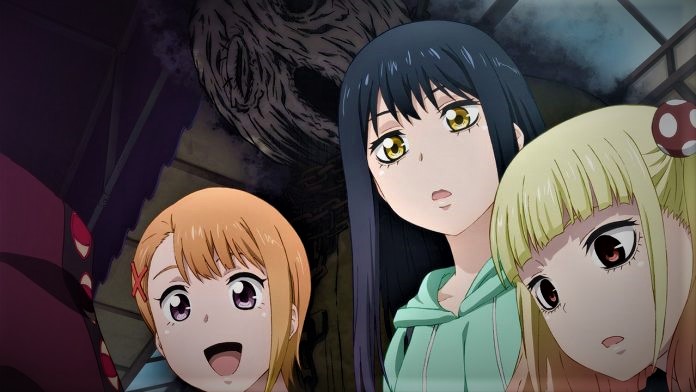 ‘Mieruko-chan’ is a horror TV anime that is based on a Japanese manga series written and illustrated by Tomoki Izumi. The show centers upon a schoolgirl named Miko Yotsuya, who is bored of her monotonous life and desperately wants a change. Her life takes a surprising turn when she gains the ability to see ghosts and spirits. While she initially just tries to ignore them and leads her life as she would in normal circumstances, Miko soon realizes that she can serve a high purpose with her newfound abilities that change her outlook. The anime first premiered on October 3, 2021, and here’s everything you need to know about its upcoming episode.

‘Mieruko-chan’ episode 6, titled ‘She Sees Real Crazy Ones,’ is all set to release in Japan on November 7, 2021. The series is developed by Studio Passione, with Yuki Ogawa serving as the primary director and Kenta Ihara leading the writing staff. The chief animation director Katsuzou Hirata also handled the character design while Kana Utatane composed the series music. The opening theme track “Mienaikara ne!?” as well as the ending theme track “Mita na? Mitayo ne?? are both performed Sora Amamiya.

Where to Watch Mieruko-chan Episode 6 Online?

‘Mieruko-chan’ is accessible for streaming on Funimation. People with a subscription can head here to watch the show with original Japanese audio and English subtitles. In Scandinavian countries, the series is available on Wakanim. The latest episodes are also accessible on Muse Asia’s YouTube channel and iQIYI.

In episode 5, Yulia, who has always wanted to be a fortuneteller, is revealed to have similar powers as Miko. She can also see ghosts for many years now, and when she realizes that Miko has actively been avoiding them, her suspicion grows that she too may have similar abilities. She confronts Miko, but the protagonist pretends to be clueless about it. It turns out that Yulia’s powers are not as strong as Miko’s who and she can’t see some powerful ghosts. However, she continues to boast about her powers and puts Miko in trouble when a frightening spirit approaches them.

The protagonist is forced to knock her out. Later, when she wakes up, Yulia misunderstands Miko’s words as threats. The following night, Miko helps an older woman haunted by a ghost. She learns that her husband has been whispering the password to a safe where he has kept a hair comb for her before dying. Once his wife retrieves it, he allows himself to be devoured by a more powerful ghost. In episode 6, Miko will confront one of the most frightening and insane ghosts