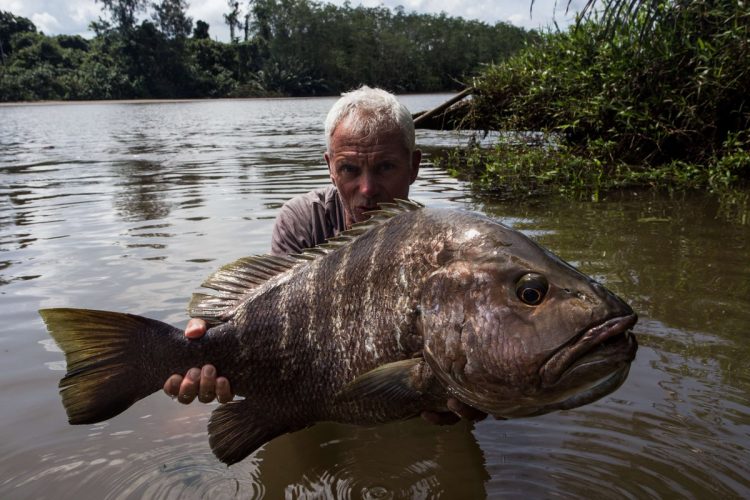 Jeremy Wade’s Mighty Rivers is a reality television series aired in the United States. The show first premiered in the United States on Sunday, 8th April 2018 at 9 p.m. ET/PT on Animal Planet. The series is directed by Nicholas White. Lisa Bosak Lucas, Stephen Gooder, and Harry Marshall are the executive producers of the show. Icon Films is the production company handling the show while Animal Planet US is the distributor.

Jeremy Wade is the host, anchor, and presenter of the show. He is the only permanent cast of the show.

Jeremy Wade’s Mighty Rivers Season 2 Plot: What is it about?

The show follows Jeremy Wade who is a biologist and serves as the host in the show. Wade is famous for investigating stories of mysterious and monstrous fishes and water creatures. He investigates the depth of the rivers’ plight in an initiative to document the damage done to it. In the show, Jeremy sets out to explore and examine some of the biggest waterways of the planet in his signature style that has made him famous on other shows like River Monsters. He will be checking the pulse of the Zambezi, the Danube, The Mississippi, the Yangtze, the Ganges, and the Amazon to find out how pollution and exploitation are contributing towards the end of rivers that were once the source of life for the local communities and home to these monsters.

This show takes the audience on a journey with Jeremy around the world from bustling cities to remote jungles. Along the way, Jeremy meets people who live just across these great rivers, he listens to their stories and uncovers the truth. Jeremy is armed with wonderful new pieces of evidence; he utilises his unparalleled experience and knowledge to gather as much as he can about the health and sustainability of rivers. Jeremy proves that there is hope. Together with the people living alongside rivers, he proves there is a significant contribution being made to improve the health of these rivers; it doesn’t matter if the input is big or small. The knowledge and passion of Jeremy make him the most appropriate guide to take us on the journey of exploring and discovering.

The show answers some of the most asked questions on health, depths and hidden secrets of the most important waterways.  It’s truly a thought-provoking series. The show features the lack and disappearance of outlandish and big predators in the time period of a few generations. Jeremy Wade wants to find out the reason behind the disappearing predators and to know and figure out the future course of action and to decide what can be done about the current situation. Wade wants to do this because the entire humankind depends on water as much as a fish does.

The air date of Jeremy Wade’s Mighty Rivers Season 2 has not been disclosed by Animal Planet. The show is yet to be renewed. The last episode of the previous season aired on 13th May 2018. We will update this section when more information comes to light. Stay tuned!

The official trailer for season 2 is yet to be released by the channel. Here is the promo for season 1. Have a look and decide if you would want to watch it.