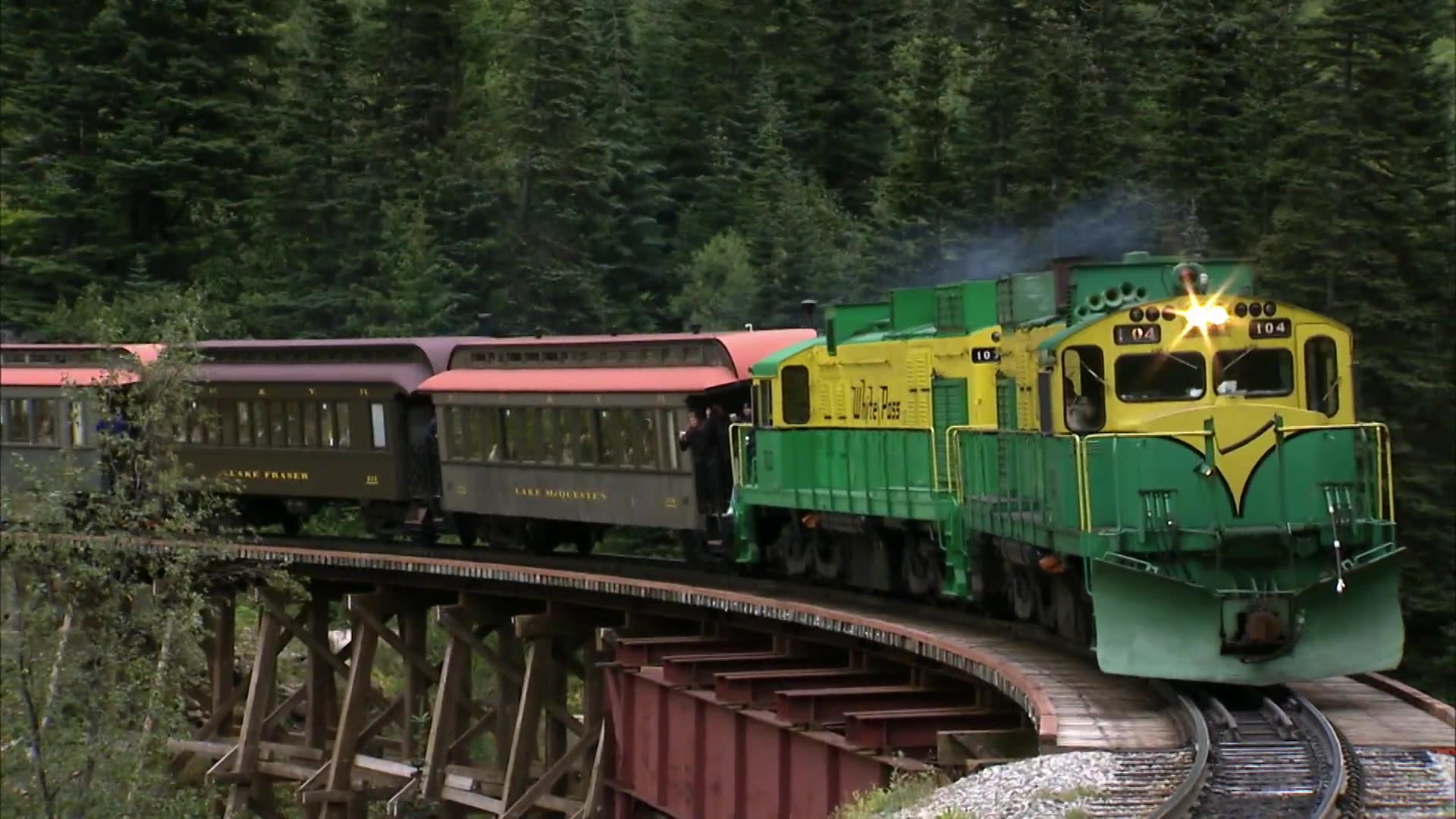 ‘Mighty Trains’ is a documentary series that debuted on Discovery Channel Canada in 2016. Each episode of this show is centered around a particular train that follows the enormous machine on wheels as it passes through breathtaking landscapes. Giving a first-hand glimpse of these luxury, extraordinary locomotives and introducing viewers to the incredible crew who operate these machines, it helps us understand how trains hold a distinctive appeal of their own.

‘Mighty Trains’ was picked up by Smithsonian Channel to air for its US audience and the show debuted here on September 3, 2017. It is produced by Kathryn Oughtred and Kip Spidell of Bell Media/Exploration Production Inc. For Smithsonian, Joy Galane and David Royle are credited as executive producers.

Mighty Trains Cast: Who is in it?

‘Mighty Trains’ is narrated by Canadian native, TV personality, and producer, Teddy Wilson. He is best known for hosting the reality shows, ‘Never Ever Do This At Home’ and ‘InnerSpace’. He has acted on the internationally syndicated series ‘You Can’t Do That On Television’ and has served as a senior producer for ‘MTV Live’.

Mighty Trains Plot: What is it about?

‘Mighty Trains’ lends a never-seen-before look into some of the globe’s most iconic and extravagant trains. The enormous locomotives covered across the episodes range from vintage, luxe machines to high-speed, revolutionary trains. We witness these humongous trains as they carry passengers on dream honeymoon destinations across Canada and over Japan’s earthquake-prone tectonic plates. Additionally, the series also introduces us to the crews, who ensure that their passengers are comfortable, safe, and reach on time.

As each one-hour-long episode unfolds, you get the chance to enter these powerful locomotives and witness the spectacular views as they swerve through striking terrains. Along with the sessions of rail travel, Wilson lends detailed insights about the scenic routes traversed by the automobiles on a regular basis. He also explores the technological working mechanisms and gives additional pieces of information via immersive conversations with train drivers, load-masters, head chefs, track inspectors, rail traffic control officers, and passengers.

To cite a few examples, some of the trains featured on the show include Canada’s Rocky Mountaineer and India’s Maharajas’ Express. Both of them are iconic, luxurious vessels in their respective countries. The route of Rocky Mountaineer spans almost the whole of Western Canada and the Rocky Mountains — stretching from Vancouver to Banff. In this breathtaking journey, audiences get an option to enjoy the picturesque views of British Columbia and Alberta, including diverse landscapes, crystal-blue oceans, and unseen wilderness. The Rocky Mountaineer is the only passenger train that runs on a railroad line, which is otherwise packed with huge freight trains. It operates on a 16-cylinder engine and uses 3,000 horsepower. Additionally, the total distance covered by this locomotive to date is  8 million kilometers!

On the other hand, the Maharajas’ Express, branded as “The World’s Leading Luxury Train” during the years 2012, 2013, and 2014, comprises 23 carriages, that include 14 sleeper carriages. The train can house up to 88 guests and has spectacular dining rooms, cars, bars, lounges, and generators. It comes with a huge presidential suite that covers the size of an entire carriage. It operates via hydraulic brakes and has a distinctive ballooning system that serves as a cushion, offering a comfortable ride. Moreover, there is also an onboard water filtration plant. As passengers board the vessel, they are welcomed with a red carpet and each guest receives the service of private butlers. To add to this, there is a 24-hour concierge service as well. The team onboard works throughout the night to ensure that their passengers have a wonderful experience. Spanning a length of 1 kilometre from end-to-end, Maharajas’ Express is one of the longest trains in India.

Another train showcased on an episode is the Tren Crucero, which carries passengers for a four-day trek from the coastal plains of Ecuador in the south to the Northern Andes Mountains. Travelers onboard enjoy the beautiful landscapes as the train barrels through varied terrains, while exploring the rich Ecuadorian culture. The journey starts in Eloy Alfaro (Duran’s capital), located in the province of Guayas. Tren Crucero is a restored, one-century-old steam locomotive. The vessel then ends its journey at Quito, which is known to be one of the highest capital cities in the world, at a height of 2,850 meters above sea level. Tren Crucero weighs around 240 tons and runs on a narrow-gauge line, while swerving over the Guayas River, crossing vast rice fields, banana valleys, and sugar cane plantations. It also gives a glimpse of deep, impenetrable tropical forests, towering mountains, dry jungles, banks of the Chanchán River, and the striking Andes.

Above, we have highlighted only a few instances of the humongous locomotives covered on the show. You also get to see these super-fast, powerful examples of design and engineering as they glide through Australian deserts, the Arctic Circle, Swiss Alps, Japan, and Alaska. Packed with multiple challenges, high-speed thrills, and cross-country adventures, ‘Mighty Trains’ is definitely a must-watch for fans with a knack for adrenaline-inducing activities.

Mighty Trains Season 3 Release Date: When will it premiere?

‘Mighty Trains’ Season 2 premiered on July 14, 2019, on Smithsonian Channel. It debuted on Discovery Canada on October 14, 2018. Spanning six episodes in each season with every episode featuring a runtime of one hour, ‘Mighty Trains’ has been picked up by over 100 international broadcasters to air in countries such as the U.K., Germany, Australia, France, Scandinavia, Eastern Europe, and Asia.

Now, as far as the next season is concerned, here is the good news. The series is currently in production for a third season on Discovery Canada. Hence, it’s not long before it starts airing on Smithsonian as well. And as per our best guess, ‘Mighty Trains’ season 3 should release sometime in October, 2019 in Canada and in 2020 in the US. We shall update this section with a concrete schedule when we get an official update.

While we wait for an update on ‘Mighty Trains’ season 3 release date, check out the sneak peek of season 2 below. Additionally, if you have not watched the show yet, head to their official website in order to catch up on all the previous episodes.