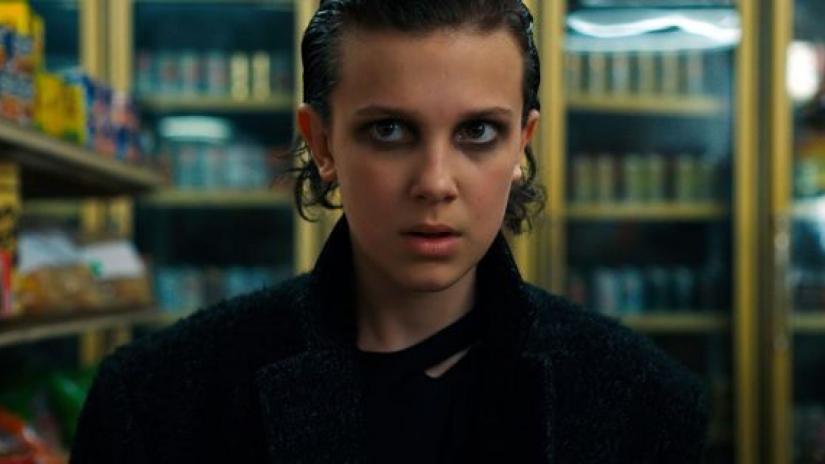 Spanish-born British actress Millie Bobby Brown owes her career to her parents. Her family moved to Los Angeles to facilitate auditions and networking for her when she was a little kid. Along with the change came luck for Brown. She landed the role of young Alice in ABC’s ‘Once Upon a Time in Wonderland’ in 2013. Her next major role was Madison O’Donnell in BBC America’s ‘Intruders’ in 2014. Brown has also appeared in smaller roles in shows like ‘NCIS,’ ‘Modern Family‘ and ‘Grey’s Anatomy.’

However, Brown couldn’t land bigger, high-paying roles. Her family had to return to the U.K. to overcome financial problems. But even at the brink of bankruptcy, the family held tight to their trust in Brown’s talent. The faith paid back when Brown landed her iconic role of Eleven in Netflix’s ‘Stranger Things.’ So now you might be wondering what is the next Millie Bobby Brown movie or TV show? Well, here’s the list of upcoming Millie Bobby Brown films and TV shows scheduled to release in 2019 and 2020. We can only hope that the latest Millie Bobby Brown movies would be as good as some of her recent ones. 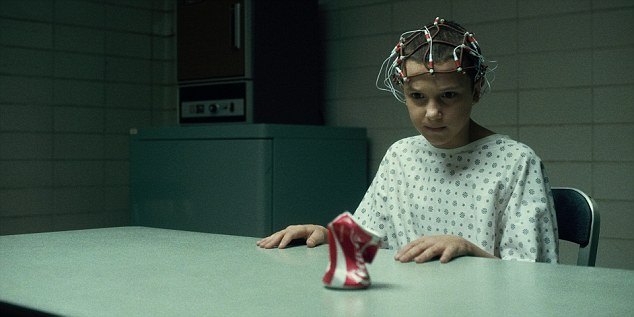 Netflix’s flag-bearer supernatural series ‘Stranger Things‘ is due to kick-start its third season. The plot is set in the fictional small town called Hawkins in the ’80s. The story begins with the mysterious disappearance of a boy amidst a series of supernatural occurrences in the town. The sudden appearance of a girl at the exact same place from where the boy went missing spreads a wildfire of rumors. Moreover, the girl uses her psychokinetic abilities to help the missing boy’s friends to find him. Soon, the people of the town find themselves in the middle of a conspiracy that involves supernatural forces, shadowy government agents and evil lurking beneath the darkness.

Millie Bobby Brown plays the main character of Eleven in all the three seasons. Eleven is the mysterious girl who appears from nowhere after the boy goes missing. She possesses psychokinetic abilities and struggles with her limited vocabulary. Eleven was abducted at a younger age and raised in Hawkins National Laboratory. She was used as a lab animal to conduct experiments on her inherited psychokinetic abilities. Later, she escapes the lab and is found by Mike, Lucas, and Dustin, who are searching for their missing friend. They learn that Eleven’s real name is Jane and that she is the biological daughter of Terry Ives. She develops romantic feelings for Mike as they become more close. The other cast includes Winona Ryder, David Harbour, Finn Wolfhard, Gaten Matarazzo, Caleb McLaughlin, Natalia Dyer, Charlie Heaton, and Cara Buono. The series is created, written and directed by the Duffer Brothers. ‘Stranger Things’ season three hits Netflix on July 4, 2019.

‘Godzilla: King of the Monsters‘ is an upcoming sequel to the 2014 flick ‘Godzilla.’ The movie reportedly picks up the plot from where the 2014 flick ended. Ancient monsters like Godzilla, Mothra, Rodan, and King Ghidorah will be seen locking horns for world domination. While the super-species creatures collide each other for dominance, the crypto-zoological agency Monarch braces up with the scientists to stop a criminal mastermind who plots a deadly scheme to wipe out humanity from the face of Earth. The plan is to use the monsters as living atomic weapons to prevent the evil forces.

Millie Bobby Brown plays the role of Madison Russel, who is the daughter of Mark Russell (played by Kyle Chandler) and Dr. Emma Russell (played by Vera Farmiga). When Madison and his ex-wife Emma are caught in the clash of the titans as Godzilla takes on Ghidorah, Mark has no other option but to join forces with the Monarch to save them. The other cast includes Lexi Rabe, Sally Hawkins and Ken Watanabe. The movie is directed by filmmaker Michael Dougherty from a screenplay he co-wrote with Zach Shields. ‘Godzilla: King of the Monsters’ hits screens on May 31, 2019.

‘Godzilla vs. Kong‘ is the sequel to the 2019 movie ‘Godzilla: King of the Monsters’ and ‘Kong: Skull Island‘ in 2017 and the fourth installment in Legendary’s MonsterVerse. Millie Bobby Brown reprises her role of Madison Russel in ‘ Godzilla vs. Kong,’ along with Kyle Chandler and Vara Farmiga, who play her parents, Mark Russel and Dr. Emma Russel. Reports suggest that Brown’s character survives the final showdown in ‘Godzilla: King of the Monsters’ and plays a crucial role in the fourth installment. More details of the plot haven’t been revealed yet. The other cast includes Alexander Skarsgård, Rebecca Hall, Brian Tyree Henry, Shun Oguri, Eiza González, and Jessica Henwick. ‘Godzilla vs. Kong’ is directed by Adam Wingard from a screenplay by Terry Rossio. Warner Bros. has lined up the movie for a March 13, 2020 release. 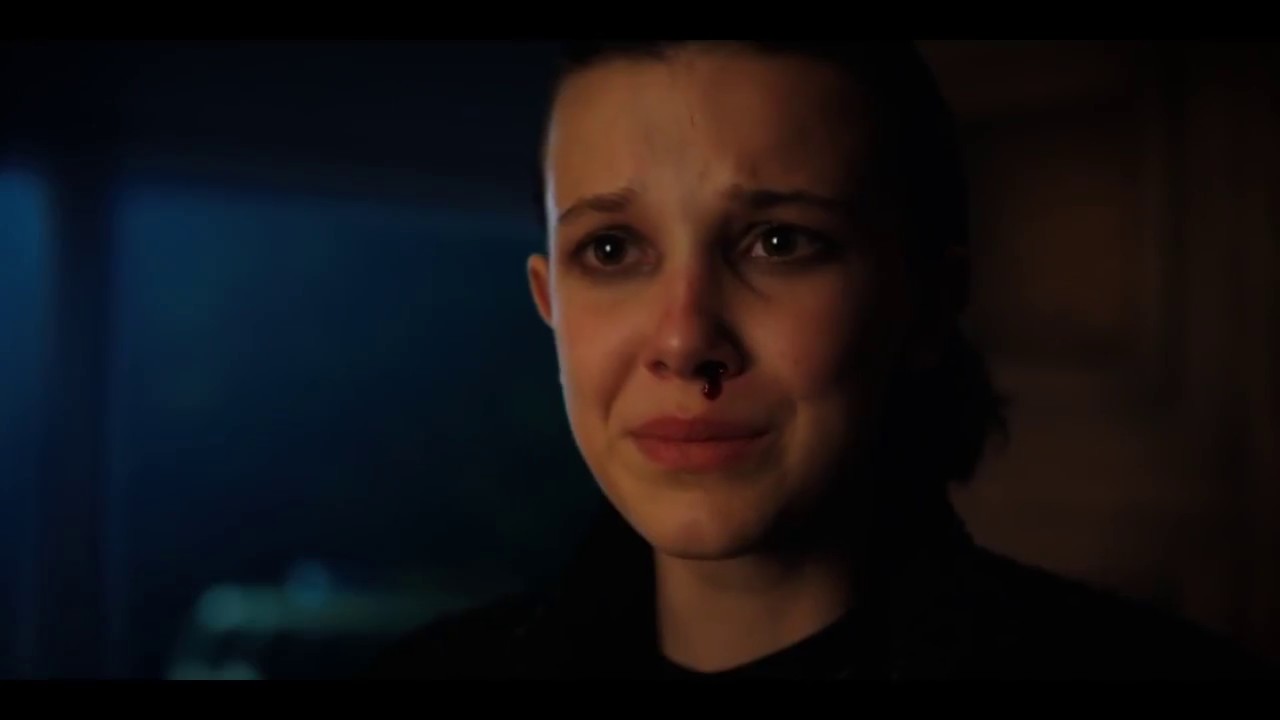 ‘Enola Holmes’ is an upcoming mystery thriller based on the Nancy Springer book series ‘The Enola Holmes Mysteries.’ The plot revolves around crime mysteries investigated by Sherlock and Mycroft Holmes’ 14-year-old sister, Enola Holmes, reports Variety. The series borrows characters and plot settings from the dark universe of Sherlock Holmes. Millie Bobby Brown is expected to play the titular character of Enola. The young actress also serves as the producer of the movie. The film is directed by Harry Bradbeer, who is known for ‘Fleabag‘ and ‘Killing Eve‘. The screenplay is adapted by Jack Thorne, who wrote the critically acclaimed Broadway play ‘Harry Potter and the Cursed Child.’ No other cast members are added to the movie yet. ‘Enola Holmes’ is expected to hit screens in 2020.

1. The Thing About Jellyfish (TBA)

Millie Bobby Brown teams up with Kenyan filmmaker Wanuri Kahiu to adapt the popular YA novel ‘The Thing About Jellyfish’ by Ali Benjamin. The plot revolves around a young girl named Suzy who is studying in the seventh grade. She loses her best friend in a tragic drowning accident. Though her mother consoles her with usual life and death simplifications, she believes the real cause behind the death was a jellyfish attack. She withdraws into an internal world and starts constructing a global plan to prove her hypothesis. The novel is popular among young readers for its stunning portrayal of themes like friendship, life, death, absence, and hope.