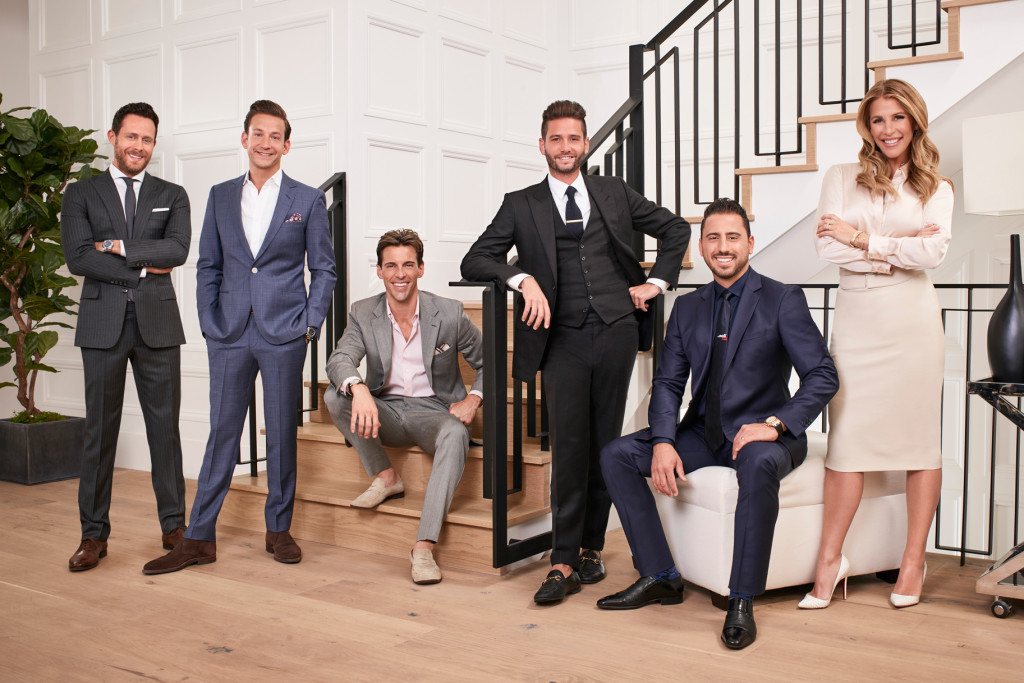 If you really want to know what filthy rich means, watch ‘Million Dollar Listing Los Angeles’. The very first season of this reality tv series premiered on August 29, 2006, on Bravo Network. The success of the series has resulted in three spin-offs including ‘Million Dollar Listing’ New York, San Francisco, and Miami. The series revolves around the personal as well as professional lives of popular real estate agents who are based in California, Malibu, Hollywood, and Beverly Hills as they aim to sell high-end properties. The series also provides viewers with insights into the top-rated real estate properties located in Los Angeles County. After spanning 11 remarkable seasons, here’s when its 12th edition will hit tv screens.

Josh Altman- Altman has a dynamic personality, and his energy is very contagious. He is one of the most talented and well-known real estate agents across the globe. He is specialized in luxury housing in the real estate market. He has worked on various projects in popular areas like Beverly Hills, Bel Air, Malibu and the Hollywood Hills. Most of his clients consist of professional athletes, A-list celebrities as well as business leaders. He is a good listener who tries to understand his client’s desires and delivers ideas beyond their expectations. The secret behind his growth in the business is his solid relationship with his clients. Today, he has created a huge fortune by selling and buying high-end residential homes.

James Harris- James is the perfect example of an American drive blended with the British style. He is an intelligent and charismatic guy who is a co-founder of a luxury real estate firm named Bond Street Partners. He was born and raised in London, England, and from a very young age, he decided to become an entrepreneur. Later on, he moved to Los Angeles after working as a residential investment agent in the United Kingdom. Today, he lives the dream and working in a popular company with a bunch of talented people. He is known for working in high-end residential real estate and investment properties in Beverly Hills, Malibu, Bel Air, Pacific Palisades, Holmby Hills, Brentwood, Sunset Strip, the Hollywood Hills as well as the greater Los Angeles region.

Josh Flagg- Josh Flagg works for some notable clients including A-List celebrities and reputed builders, attorneys, developers, and business managers for more than a decade. He works on high-end deals and sold property more than two billion dollars’ in Los Angeles. His name is included in the top four real estate agents and has become a popular volume agent in Los Angeles.

In season 12, Josh Flagg, Josh Altman, James Harris, Tracy Tutor, and David Parnes have already been confirmed to make their comebacks. Fredrik Eklund from ‘Million Dollar Listing New York’ will be making a cameo in the next season.

What Can Million Dollar Listing Los Angeles Season 12 be About?

The crew in this reality show takes the challenges head-on and are ruthless in their approach as they strive to survive in the market. The show allows viewers to avail inside information and learn to deal with the field efficiently. With each episode, we see them pitch the most extravagant properties in prominent locations to potential buyers and eventually seal the deal. The series offers an inside look into the extravagant world of Los Angeles where real estate agents work hard to sell top-rated properties having beautiful interiors and breathtaking views to rich customers. Investment in the booming industry of real estate is a constant phenomenon which is one of the reasons why the competition here is unbelievable.

‘Million Dollar Listing Los Angeles’ reveals how these clients are ready to pay as much as 400k dollars as rent for two months. It is an intriguing series that showcases how rich people are so very disconnected from the rest of society. As we clearly know, selling gorgeous real estate in popular areas can be difficult but it is an addictive job. The series throws light on the factors that make a good real estate agent. Good personality, charming nature, and a distinct business sense are crucial to survive and remain on the top in the world of real estate. However, as is true with any profession, the real estate industry is not without its challenges. This is exactly what the show focuses on.

Bravo has teased us about what can be expected from the 12th season. It says: “Josh Flagg, Josh Altman, Tracy Tutor, James Harris, and David Parnes are back in agent mode — and this time around they are navigating big personalities, the aftermath of the wildfires, and the always-changing market on the West Coast.”