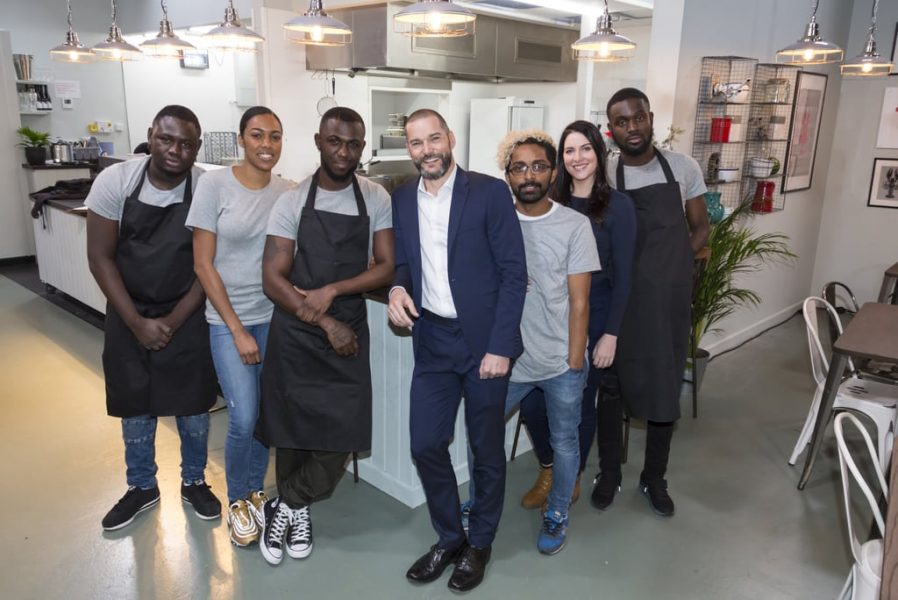 BBC Two, in its foray into reality TV shows, had launched a hotel-centric series, ‘Million Pound Menu’, created by Natalie McArdle and Shaun Parry. The show originated in the United Kingdom and was released on May 17, 2018. Introducing a novel concept and exploring an unseen part of the food industry (where upstart restaurateurs meet potential investors), it is about twelve budding restaurateurs eyeing for investors to set up their pop-up restaurants.

They are given three days to convince the investors with their talent, choice of menu, food, and service. The contestants are expected to use their heart and soul to impress the investors, succeeding in which they receive an unbelievable amount of money with which they can realize their dream of having their restaurant. The show promises to be an innovative one, not limiting its genre to culinary prowess but also focussing on business ideas.

‘Million Pound Menu’ features Fred Siriex as the presenter and Matthew Hawksley as the narrator. Fred Sirieix is a 25-year veteran in the restaurant industry. Joining the duo is David Page (the Chairman of The Fulham Shore), Scott Collins (co-founder of MEAT Liquor), Lydia (Director of Rocco Forte Hotels) and Atul Kochhar (chef entrepreneur).

Among the contestants are 12 teams that include Black Bear Burger, Bubble, The Cheese Wheel and Dynasty, and others. Each of these teams, showcased on the BBC show’s episodes, are upcoming restaurateurs, having a dream to make it big and own their hotels.

Read More in TV Preview: Pinky Malinky | America To Me

Million Pound Menu Plot: What is it about?

The series features a bunch of 12 newbie restaurateurs looking to earn a fortune by impressing the panel of investors who can invest money in their restaurants. ‘Million Pound Menu’ is all about the passion and conviction the participants have, for becoming restaurant owners by showcasing their culinary talents.  Fred Siriex sets out on his expedition to find out what it takes to create a successful restaurant. The business series shows that to own a flourishing eatery, it is not enough to harbor great talent and attitude but one must also have excellent ideas.

The 12 budding restaurateurs who are convinced that they have all it takes to own a restaurant are put to the test by the panel of investors who hone their skills to perfection. Each week, two sets of restaurateurs engage in a competitive face-off where they clash with each other for a place in the market. Fred is joined by some of the most prominent investors capable of investing millions of pounds in the food business. The participants try to impress the investors not just with their menu, food, and service, but also with a concept that will convince the investors to give them the capital for starting their restaurant. The participants are assessed based on their culinary skills, performance as a team, and brand viability. They are also called for a one on one meeting with the investors where each candidate is required to elaborate his/her business strategies and financial plans, after which the investors take their call as to whether or not the participants are worthy of their time and money.

Season 2 also picks up the same format as its predecessor. When asked about the renewal and a little insight into the upcoming season, Fred stated in an interview, “It is such a pleasure to be looking for the next set of operators for the new series of Million Pound Menu. Most people think money makes successful businesses. This is not true. First, you need a great idea, a top-notch business plan and, most importantly, a can-do attitude. Get those right, and the money will follow. I can’t wait, this new series is going to be incredible!”

Once again, as season 2 hits screens, we will see aspiring investors in their quest to find the next big culinary thing, betting on food concepts they believe will be “life-changing investments.”

Million Pound Menu Season 2 Release Date: When will it premiere?

‘Million Dollar Menu’ season 1 premiered on BBC on May 17, 2018, and concluded on June 21, 2018. It was picked up by Netflix for its international audience, where it debuted on August 10, 2018. The show was initially perceived as a culinary show, but the makers proved the perception wrong by collaborating food with business. Further, it marks the return of Fred Sirieix to BBC who began his television career with the show, ‘Michel Roux’s Service’ in 2011.

On July 6, 2018, BBC ordered the show for the second season of six episodes. It started airing on the platform on January 8, 2019 and wrapped up on February 19, 2019. Just like before, it is distributed internationally by Netflix. Here, ‘Million Dollar Menu’ season 2 premieres on August 27, 2019.

The official trailer of the show is available below. You can check it out to understand what the series is all about. Additionally, if you have not watched it yet, head over to Netflix and catch up on all the previous episodes.