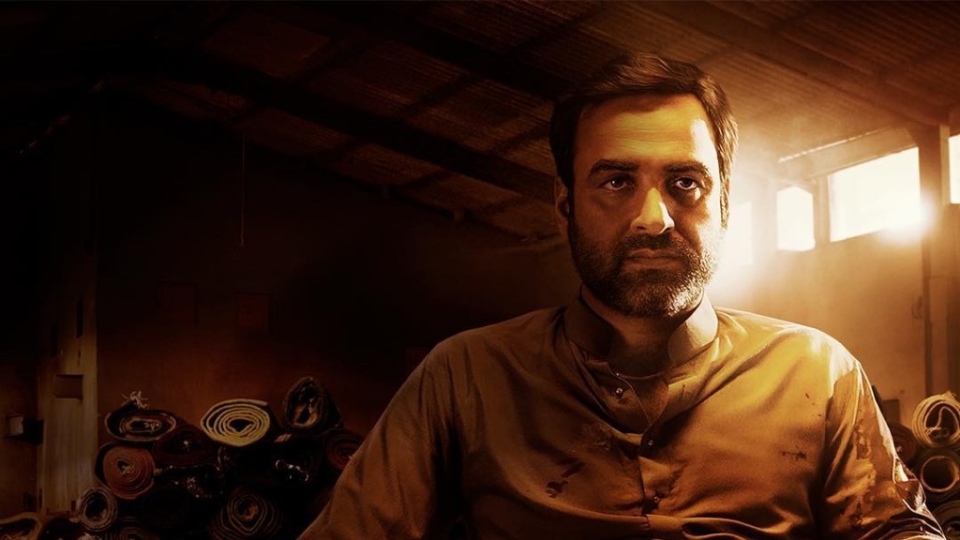 ‘Mirzapur’ is an Indian crime thriller web series that airs on Amazon Prime Video. Based in a small town in Uttar Pradesh, like some recent non-mainstream films, the show is produced by Excel Entertainment and shot in the eponymous Mirzapur along with other small towns like Jaunpur, Azamgarh, and Ghazipur, as well as Lucknow and Gorakhpur. The plot of the series centres around local politics, power, drugs, guns, goons, and the resulting state of lawlessness that people living or growing up in some parts of the country are sure to be familiar with. It brings to life the complete and utter shutdown of governance in many of these places, where the rule of the mafia far outweighs the rule of the law.

The series is Amazon Prime Video’s third in its new section of Indian Original fiction and is created by Karan Anshuman and Puneet Krishna. Amazon Prime has announced that it has ordered a second season for ‘Mirzapur’.

Mirzapur Cast: Who’s in it?

‘Mirzapur’ is written by series creators Karan Anshuman and Puneet Krishna, with Vineet Krishna, and stars Pankaj Tripathi as Akhandanand Tripathi, also known as (Kaleen Bhaiya), Ali Fazal as Guddu Pandit (son of Kaleen Bhaiyya who is portrayed as a ruthless vagabond with no regard for people’s lives), Vikrant Massey as Bablu Pandit, Divyendu Sharma as Munna Tripathi, Rajesh Tailang as Ramakant Pandit (Guddu and Bablu’s father), Shweta Tripathi as Gajgamini Gupta a.k.a. Golu Gupta, Shriya Pilgaonkar as Sweety (Guddu’s wife), and more.

The series is an oft-told tale of trigger-happy gangsters and their rivals, dealing with business and life aided by sharp minds and dry humour. In towns like Mirzapur, loyalties change in a flash and cash is king; random and often extreme violence are everyday occurrences and total dominance and power is the single-minded goal. A complex, often indecipherable web of relationships encompasses the common man, politicians, police, lawyers, and local warlords and goons. The series has come under some criticism for its frightening and gory scenes, and what some viewers consider unnecessary sex scenes. It does, in fact, have several scenes of intense bloodshed depicted through gory visuals and ear-rending screams and is probably not suitable watching for anyone with a weak stomach. However, people interested in getting to know and better understand the inner workings of eastern UP’s actual socio-economic and political structure would probably find the series fascinating.

Mirzapur Plot: What is it about?

The series follows the fortunes and inner workings of one powerful family, the Tripathis, who almost rule the town of Mirzapur with an iron fist. It traces internal relationships, external rivalries, and power hungry machinations starting with iron-fisted Akhandanand Tripathi, millionaire carpet exporter and don of the town. Munna, the unworthy but power hungry heir will stop at nothing to inherit this legacy. Akhandanand Tripathi, also known as ‘Kaleen Bhaiya’, is practically the god of the hinterland town, and the coveted seat of power in the Purvanchal or eastern UP region. The ruthless Tripathis have reigned unchallenged since Satyananda Tripathi, Akhandanand’s father, who – twenty years ago – snatched power in a bloody uprising.

Munna Tripathi, although not entirely worthy, has his eyes and heart set on his father’s empire of illegal gun trade and opium smuggling, but the father does not believe he is ready for such a responsibility. On the other hand, Guddu and Bablu Pandit, sons of the only local righteous lawyer and activist, Ramakant Pandit, aspire for a better life, wanting to escape a middle-class living, while their father crusades against the mighty Tripathi. A chance incident at a wedding procession begins a bizarre entangling of the lives of the scions of the Tripathis and the Pandits, setting off a tale of ambition, power, loyalty and greed – all in the bid to maintain power and control over the town.

The performances in ‘Mirzapur’ are widely acknowledged as great, though some seem to think that the plot is predictable. This billed as binge-worthy series somehow manages to overcome this seeming lack of suspense and still keep the audience riveted. Pankaj Tripathi is underrated and fabulous, proving yet again why he deserves much more screen space. Vikrant Massey does a competent job, as expected, but the real star of the series is Ali Fazal, closely followed by Divyendu Sharma. Both have amazing screen presence and deserve any attention this series brings them. Ali Fazal, who has mostly played urban –comic guys before ‘Mirzapur’, manages to play the gangster brilliantly. Among other notable performances are the female characters, often without much script support to back them up, and politician Yadav Ji and lawyer Pandey Ji. Overall, this power-packed series provides audiences with all the spice for daily viewing.

Mirzapur Season 2 Release Date: When will it premiere?

‘Mirzapur’ Season 1 premiered on November 16, 2018. The good news for the fans is that the show has already been renewed for a second season. A promotional video is already out, and the season is already in production. However, no release date has been announced; but according to confirmed reports ‘Mirzapur’ Season 2 will release in 2021. We will update this section as soon as we learn more.

The trailer for ‘Mirzapur’ Season 2 is not yet available, but Amazon has released a short teaser for it. You can check out below. Meanwhile, catch up on Season 1 here on Amazon Prime Video.