Who is Miss Monster on ‘The Masked Singer’? 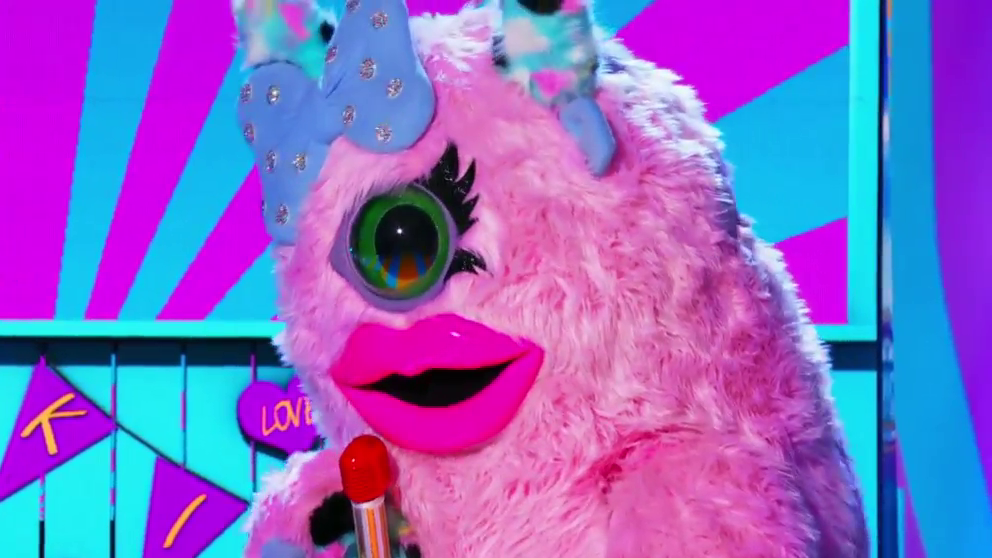 Season 3 of ‘The Masked Singer‘ has already given us a fascinating roster of performers, from the powerful White Tiger to the electrifying Robot. The panelists have had to agree that the show if off to a stupendous start.

However, it is not just the performances that draw audience attention in the series. Viewers are also clamoring to know the identities of the celebrities behind the outfits. One of the most interesting outfits is Miss Monster, especially because it brings back to mind T-Pain, in his Monster outfit, winning Season 1 of the show.

Naturally, you might be wondering about who’s behind the new Miss Monster mask. We have got you covered, as we bring all clues and guesses about this performer’s identity.

Miss Monster starts the clue package by saying that when you become famous, people automatically want you to feel and behave in a certain way. She complains about being misunderstood. We get a glimpse of a hair spray bottle, which leads the judges to guess that Miss Monster might have gorgeous hair underneath the outfit.

It also seems that the number 10 on her locker door is a significant clue, but the judges don’t seem to have picked up on it. She wants to follow in Monster’s furry footsteps. Another clue becomes evident, as we see ‘Monster Hits’, written inside the locker.

However, Miss Monster ends on a doubtful note, wondering if her fans will love her without knowing her name. She then goes on to deliver a wonderful performance of Bonnie Raitt’s ‘Something to Talk About’. You can catch a glimpse of her performance below.

Miss Monster seems to be yet another performer who can sing well. Ken Jeong focuses on the southern drawl of her word ‘darlin’ in the clue package. Jeong surmises that the performer must be Dolly Parton, due to the twang, which he claims to recognize from his time in North Carolina.

Jenny is inclined to agree with Ken, but she feels that the performance has been more soulful, and comes from a younger individual. Thus, she goes with Mary J. Blige, choosing to focus on Miss Monster’s fascination with T-Pain’s character.

Nicole, meanwhile, says that the voice sounds legendary, aged, and seeing ‘Monster Hits’ in the clue package, leads her to believe that the person behind the outfit is Dionne Warwick.

Our Guesses About Miss Monster:

While the guesses surrounding Miss Monster seem to be rather well thought out, we feel that the voice is rater distinguishably Chaka Khan’s. Often known as the Queen of Funk, Khan occupies the same stature as former performers in the show, like Gladys Knight and Patti LaBelle. Since the judges are inclined to agree that the performance is professional, and reminds them of LaBelle, we are sticking by our guns in this case.

There is also a theory that Lady Gaga might be the person behind the outfit, because of her EP ‘The Fame Monster’, which ultimately led to her fans being called ‘Little Monsters’.

It would seem that the clues indicate more towards Gaga than Khan at this point, but at the moment, it is an unshakeable feeling that the voice sounds eerily like Khan’s. One just has to wait till the next episode, for more clues to be revealed, so we can guess Miss Monster’s identity more accurately.