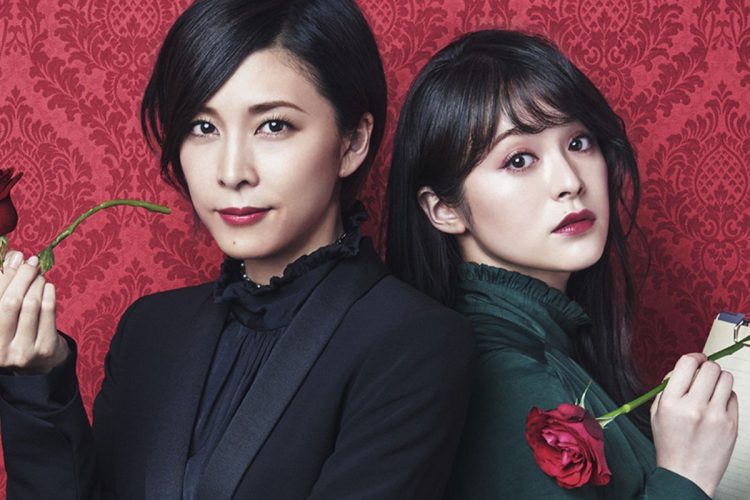 Miss Sherlock Cast: Who is in it?

Tomoya Nakamura plays Sergeant Tatsuya Shibata, who is a police officer who works under Inspector Reimon. This character is not borrowed from the novel but is an original character. Yukiyoshi Ozawa plays Kento Futaba, who is the Prime Minister Secretary and Sherlock’s elder brother. The character represents Mycroft Holmes from the detective novels. Ran Ito plays Kimi Hatano, who is the landlady of Sherlock’s building and a long time family friend of Sherlock. The character represents the beloved Mrs Hudson from the detective novels.

The recurring characters of the series are: Ryohei Otani plays Toru Moriya who is a war photographer. Yuki Saito plays Mariko Irikawa who is a psychological counsellor who is seen counselling Wato and Moriya, who is known in the story as Stella Maris.

Miss Sherlock Plot: What is it about?

The story follows the detective and her sidekick as they unravel complicated, layered mysteries that have left even the Metropolitan Police Department dumfounded by using their impeccable observational skills and presence of mind. They are seen battling many “bad guys” throughout the series, but the ones they must beat is not just one but an entire secret organization. The series covers many murders carried out in the most mysterious ways, and the detective unravels the intricate web of lies and deceit and saves lives as they go. There have been so many brilliant versions of Sir Arthur Conan Doyle’s work over the years. It has inspired two series and one film franchise with one of the Hollywoods leading men playing Sherlock, and all of them have been a huge success. The character of Sherlock has been loved throughout the years, and it’s depictions on the screen.

Miss Sherlock is one of the most clever adaptations of the character. It takes everyone by surprise as the thought of a clever detective who works closely with the police helping them solve murder and crime while cleaning up the grime of the city as a woman is both surprising and refreshing! The character of Sherlock holds the Guinness World record as the most depicted character on the screen which is played 254 times by 75 different actors.

When asked the leading lady about taking up such a daunting task and what reaction it might evoke amongst the audience, she said, ”At times I could barely follow the lines I was uttering myself,” she says, adding that in the end, it was the new spin on the characters that convinced Takeuchi to take the role. “I think my own intrigue won over any pressure. We’ll have to leave it to the audience to decide (if it succeeds). I’m half-frightened and half-excited to find out what the reaction will be.”

The show has tried its best to stay faithful to the original characters and the storyline. Especially the relationship between the characters of Sherlock and Dr Watson as their chemistry and witty banter is one of the major highlights of the show.

Miss Sherlock Season 2 Release Date: When will it premiere?

Miss Sherlock season 1 premiered on April 27, 2018 and ran till June 15, 2018. The show has been widely appreciated for its leading female cast and might return soon enough as there are many more mysteries waiting for Miss Sherlock to solve. There have been no confirmed reports on the renewal, but our best guess is that Miss Sherlock season 2 can release sometime in April, 2020. We will update this section as soon as we learn more.

While we wait for an update on Miss Sherlock season 2, check out the season 1 trailer to refresh your memories. If you haven’t seen the show yet head over to HBO to catch all the episodes of the previous season.