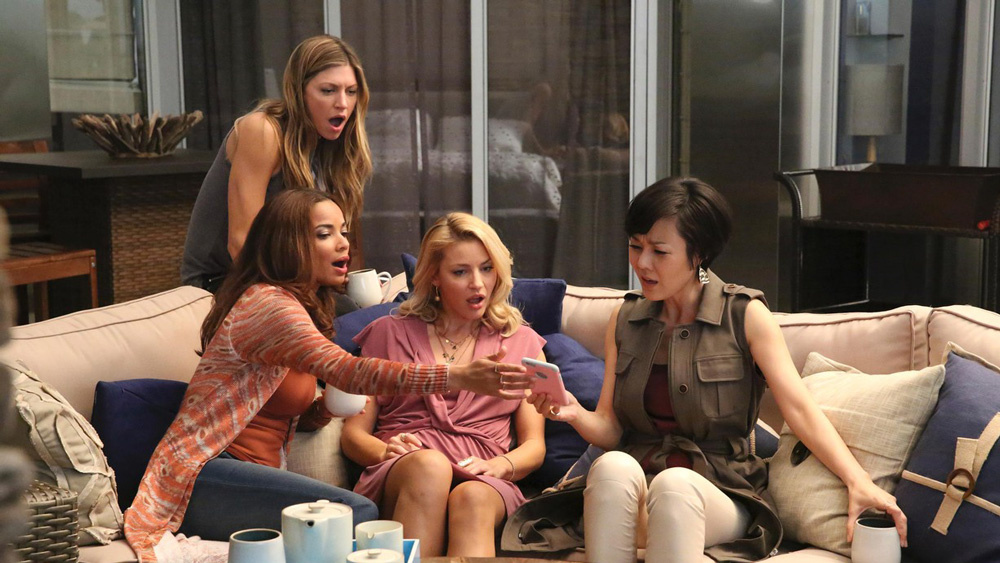 ‘Mistresses’ is a female-driven soap drama that first premiered on June 3, 2013. Based on the British show of the same name, it chronicles the scandalous lives of four friends, who are entangled in a string of forbidden relationships which gives rise to turbulence, secrets, and betrayal.

‘Mistresses’ has been developed for the American audience by K. J. Steinberg, who also created hits like ‘This Is Us’ and ‘Gossip Girl.’

Upon its premiere, the show received mixed reviews – mostly negative. Season 1 of the show stands at just 35% on Rotten Tomatoes, and the critical consensus reads, “Mistresses offers fleeting moments of trashy fun, but it’s mostly a soapy melodrama that’s lacking a strong narrative pull.” Well, the show picked up the pace and won a Seoul International Drama Award for Most Popular Foreign Drama, and also grabbed a No. 2 spot as the best summer drama of 2013.

It now boasts a cult following akin to ‘Sex and the City,’ with the audience praising its tone, emotional flow, and character development. So much so, that it now boasts an audience rating of 83%.

Despite its decent performance, ABC decided to cancel the show after four seasons. You must be wondering: why was it canceled and is there a chance we might get ‘Mistresses’ season 5? Let’s find out.

As far as the possibilities of another season is concerned, here’s what we know. On September 9, 2016, ABC announced that the fourth season of the mystery drama would be its last.

Brett Tucker, who plays Harry Davis on the show, took to Twitter to react to the cancellation news. In a now-deleted tweet, he wrote: “Hey there all you #Mistresses followers. Thanks so much 4 your support over 4 big seasons. Thanks for sharing the journey! Much love.”

The Hollywood Reporter stated that a drop in ratings is the reason why the network decided to pull the plug on Mistresses. It was reported that the season finale brought just 2.5 million viewers as compared to the season 1 premiere, which garnered 4.4 million viewers.

The provocative drama has always had a tumultuous journey, owing to several location and cast changes over the years. To curtail production costs, the show shifted its production to Canada after filming season 1 and 2 in Los Angeles. This move caused one of the leads, Alyssa Milano, to leave the show. Jennifer Esposito replaced Milano, but she too left after one season. In 2015, the show moved back to Los Angeles, where it filmed the fourth and final season.

Unfortunately, ‘Mistresses’ season 5 is officially canceled. The news of the cancellation is pretty disappointing, and after the gasp-inducing twist in season 4, fans are desperately longing for a season 5. You never know, it might happen. No, I am not suggesting it will be back. But I won’t be surprised if it gets picked up by another network, or even gets a spin-off.

Remember how ‘Lucifer,’ ‘Brooklyn Nine‑Nine’, and ‘Designated Survivor’ got saved? Yeah, that. Anyway, until that happens, you can always watch the re-runs of your favorite show.