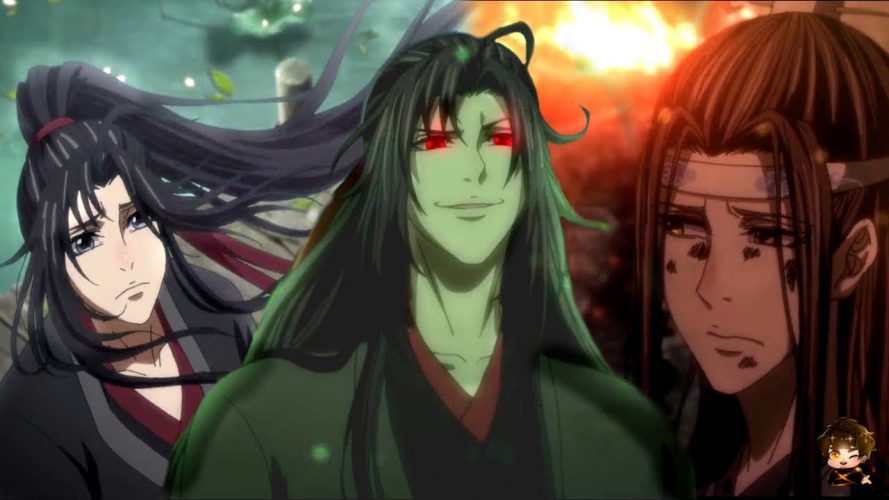 Mo Dao Zu Shi (literally meaning “Grandmaster of Demonic Cultivation) is a Chinese animation (donghua) web television series which is based on a novel of the same name. Written by Mo Xiang Tong Xiu, the 113-chapter-long Mo Dao Zu Shi novel was released first as a web novel in 2016. Subsequently, Chinese animation studio G.CMay Animation & Film, known for its work on The King’s Avatar, announced plans to adapt the show into a donghua series.

Months after the announcement, Season 1 of Mo Dao Zu Shi premiered on July 9, 2018 on Chinese internet giant Tencent’s video streaming platform, and it was praised far and wide both for its skillful storytelling and artistic design. A year later, in August 2019, Mo Dao Zu Shi season 2 premiered. Since then fans have been waiting for Mo Dao Zu Shi season 3. Here’s everything we know.

If you’re among the people who are waiting for the third season of the show, the good news is that Mo Dao Zu Shi was green-lit for three seasons when G.CMay Animation & Film initially announced their plans to adapt the show into a donghua series. Hence, Mo Dao Zu Shi season 3 is already confirmed and will most likely release sometime in  2021.

For those who like watching anime and donghua shows in English, the bad news is that Mo Dao Zu Shi does not have an English dub yet. However, there’s a decent chance of the show receiving an English dub in the near future, especially if it becomes a major hit among international audiences. Meanwhile, if you want to watch the show, you have to watch the original Chinese version with English subtitles. It’s not available on any official anime streaming platforms for now, but if we get any news about its streaming availability in the future, we’ll update it here.

Mo Dao Zu Shi is set in a fantasy world and follows the adventures of Wei Wuxian in a non-linear fashion.

In his heyday, Wei was the grandmaster who founded the infamous Demon Sect and was hated across the land for wreaking havoc on millions of people. In the end, his reputation brought about his demise, and he was backstabbed by someone who he considered to be a brother. However, being extremely powerful, Wei managed to avoid death to an extent and incarnated himself into the body of a lunatic abandoned by his clan. This lunatic later landed up under the supervision of Lan Wangji, a famous cultivator among clans and Wei’s former classmate and archnemesis.

After this grim introduction, the show then shifts to 13 years in the past when Wei is introduced as a powerful, talented and innocent Young Master. From this point on, the show follows the many adventures and misadventures Wei undertakes. Be it fighting monsters, solving puzzles, or flirting with Lan, the show then traces Wei’s journey as he grows from an innocent Young Master and starts experimenting with the forbidden and dangerous Demonic cultivation path.

While Mo Dao Zu Shi has a long list of characters, there are only two main characters in the show. Below, we’ve provided you with brief backgrounds on each of them.

Wei Wuxian: The main protagonist of the show, Wei is a bright and optimistic Young Master for a major portion of the show. Despite being a mischievous youngster, Wei is shown to be an innocent boy with a good heart. Further, Wei is also shown to be somewhat of a prodigy whose real strength lies in his ability to invent new spiritual cultivation techniques which are not defined by traditional cultivation practices. A former disciple of the Yunmeng Jiang Sect, Wei later treads the forbidden and dangerous Demonic cultivation path and ends up creating the Demonic Sect, which wreaks havoc across the land. Wei’s crimes, however, do not go unpunished and he is betrayed and ultimately killed by a person close to him. However, with his extraordinary powers, Wei manages to avoid complete oblivion and incarnates himself into the body of a lunatic named Mo Xuanyu. Yet, Wei does not manage to escape imprisonment and Mo is finally captured by Lan Wangji. Following his capture, Wei, in his incarnated form, travels through China with Lan to solve the mysterious case of a walking corpse, and through this act, he ultimately manages to clear his name.

Lan Wangji: The other main character in the show, Lan is the second Young Master of the Lan Sect, and is one of the Two Jades of Lan alongside his older brother, Lan Xichen. In his youth, Lan was the classmate of Wei and fell in love with him. However, Lan was left heartbroken when Wei took the forbidden path and founded the Demon Sect. In spite of Lan’s repeated attempts to try and persuade Wei to give up the dark arts, he failed and saw Wei murdered. Years later, however, Lan recognizes Wei in Mo Xuanyu, and after solving a mysterious case, helps Wei clear his name. At the end of it all, he and Wei become cultivation partners.