Is Moana on Netflix? Where to Stream Moana For Free? 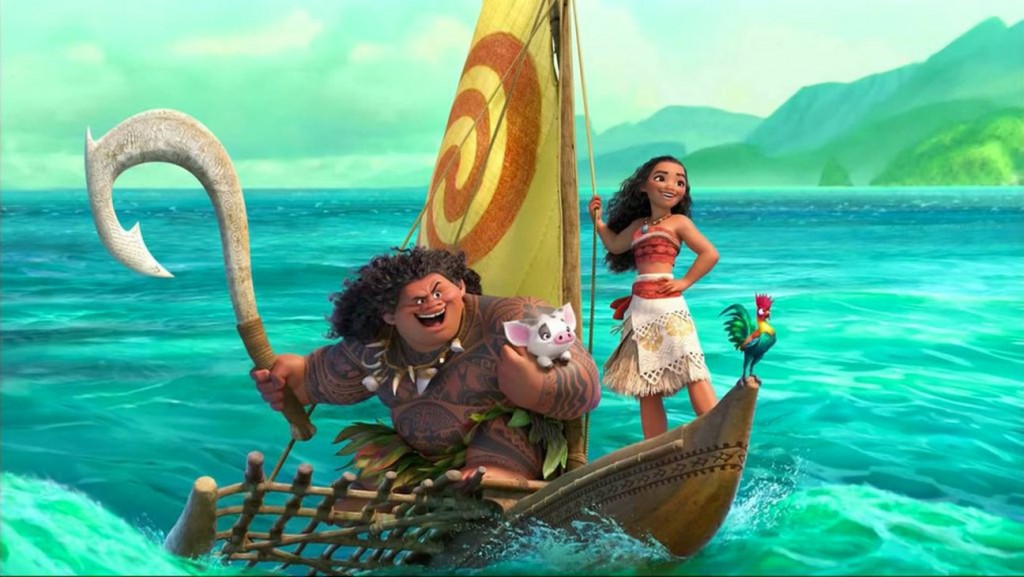 Animated feature films and Disney are like bread and butter; you cannot have one without the other. Disney has been in the animation business for a long time, and ‘Moana’ is, in fact, the 56th animated film to come from Disney, that is, from the Walt Disney Animation Studios. This musical, action and adventure film came out in 2016 and was praised for its vocal performances, music, and obviously the animation techniques. Although animated movies have improved now more than ever, it is also true that the competition is tougher now, since a lot of movie makers have realized that deeply impactful tales can be said using allegorical figures in animated films. One only has to look at ‘Inside Out‘ to know what I am talking about.

Anyway, coming to the tale of this fiery and strong-willed girl, ‘Moana’ is known as ‘Vaiana’ or ‘Oceania’ in some markets, but the basic story is a quest where she is chosen by the ocean itself to reunite a mystical relic with a goddess in order to save her village. Considering that the film was nominated for two Oscars when it came out, you do not want to miss this animated wonder. If you have seen it, you might want to re-watch it again. That is where we come in with our guide, but before that, let us tell you a little bit about ‘Moana’.

What is Moana About?

‘Moana’ is a tale of a girl who finds her own way in the world and goes against what destiny has in store for her. It is a story of a wonderful quest, beset with perils, friendships, and a climactic resolution. We are introduced to the legend of the Polynesian gods. On the island of Motunui, the people are seen worshipping Te Fiti who is said to have brought life to the ocean using a magic stone which is her heart and the source of all her powers. However, Maui, a demigod, who is a master of shapeshifting and sailing, steals this to give the stone to the humans. His intentions are more or less pure, insofar that he wants humans to be able to have the power of creation as well. But it appears as though a volcanic demon by the name of Te Ka wants this heart. A battle with Maui ensues and the latter loses, and as a result, the magical stone and Maui’s magical giant fishhook are lost to the depths of the sea.

The story fast forwards to a millennium later when the ocean chooses Moana, the daughter of the island’s current chief, Tui, to restore the heart of Te Fiti. However, Tui takes Moana away and she loses the heart. He and Moana’s mother, Sina, try to keep her away from the ocean and groom her to be the island’s chief. However, when an inexplicable disease strikes the island causing troubles for the inhabitants, they find that they do not have much choice but to let her go on the quest. Moana’s grandmother, Tala, is most supportive and explains how Te Ka’s darkness is poisoning the island and how she must enlist Maui’s help to restore Te Fiti’s heart and make everything alright again.

Thus begins the adventures of Moana, who is first captured by Maui but finally gains his trust and friendship and even sets him on the path of redemption. Although Maui agrees to restore the heart, he first wants to retrieve his magical fishhook. Thus Moana and Maui venture to the Realm of Monsters to get it back from Tamatoa, a large and greedy coconut crab. Maui does not have his powers back completely but Moana’s quick thinking saves the day.

However, the perils are far from over. As they approach Te Fiti’s island, Te Ka attacks them, and Maui is convinced that his already damaged hook will be destroyed if Moana persists on her course. Thus, he abandons her. The poor young girl finds herself at the end of the line and almost gives up hope, but the ocean shows her the spirit of her grandma Tala, who encourages her to sally forth. That is exactly what she does, and Maui returns as well, to fight Te Ka and give Moana some valuable time.

This is when she discovers that Te Fiti is missing and comes to the realization that demon Te Ka is just the goddess, corrupted without the heart. The ocean assists Moana by clearing a path as she restores the heart, and normalcy in the world again. Te Fiti heals the ocean and Moana’s island, and when Maui apologizes, she heals his hook as well. With order restored, Moana returns to her island where she is made the chief and lead her people back to their old lifestyle as voyagers. The animated movie surprisingly packs lessons that all of us could learn, and you must be wondering where you are going to watch it. Well, that’s what we are here to help you with.

Is Moana on Netflix?

Netflix being a premium content provider would be expected to have ‘Moana’ and they used to have it too. However, the streaming platform has removed the film, much to the anger of a lot of users. But don’t let that get you down. There are still plenty of animated films on Netflix to fill the void and one name that immediately springs to mind is ‘Coco‘. It balances the fun and packs some important lessons into a film, and the animation is excellent, so do give it a watch. With Disney starting its own streaming service Disney+, you can expect ‘Moana’ to be headed to that platform as part of their library.

Is Moana on Hulu?

Unfortunately, Hulu subscribers, too, are out of luck if you specifically wanted to watch ‘Moana’. However, the platform has some excellent animated content you can watch, which ranges from lighthearted fun to having deep emotional themes. We recommend that you check out ‘Shrek‘ and Studio Ghibli’s ‘Grave of the Fireflies‘.

Is Moana on Amazon Prime?

Amazon Prime has a stellar library of their own which is constantly improving with time, but ‘Moana’ unfortunately is not available to subscribers. But you can always buy or rent the movie and watch it on Prime. It costs $19.99 to buy the movie and $3.99 to rent it. However, once you rent it, it is available to you for 30 days, and once you start watching, you have to finish it within 3 days. Given the price difference, unless you’re serious about adding the film to your own collection, we would suggest that you rent it. You can watch ‘Moana’ on Amazon Prime, here.

Where Can I Stream Moana Online?

What if you do not subscribe to the major streaming platforms? Can you still stream ‘Moana’? Of course, you can. ‘Moana’ is available for streaming on YouTube, Vudu, and FandangoNow. They offer the SD and HD version. The latter is more expensive and costs $3.99 to rent and $19.99 to buy. The SD version costs $2.99 to rent and $14.99 to buy. My mantra is always that a dollar saved is a dollar earned; so unless you really want to splurge on an HD film, we suggest that you save some money and opt for the lower priced SD version.

Can I Watch Moana Online For Free?

You might not want to spend money on a movie before seeing for yourself if it is actually good. While Disney is a master when it comes to animation, and you should not have such doubts, we totally get where you are coming from. Normally, we would include a hack for watching ‘Moana’ online for free, but it seems that the normal avenues have been exhausted and the film cannot be seen for free legally. However, if you happen to have an AT&T subscription, you can access DirectTV which has ‘Moana’ and you can basically watch it for free there. Understandably, some freeloaders might be disappointed by our suggestion, but we strongly urge you not to resort to illegal streaming sites, and to actually pay for the content you consume, because only then can better content be made.